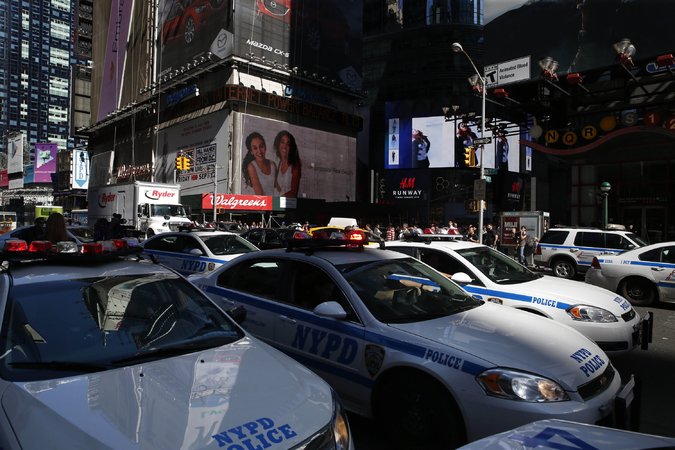 The police in New York stepped up security on Wednesday in response to the possible threat of a terrorist attack in Times Square, even as officials cautioned that they had no information about specific plans against the city.

Officers expanded their presence in Times Square and at mass transit sites after an online post, purportedly from the Islamic State, encouraged lone wolves to attack tourist attractions in New York and elsewhere. Police Commissioner William J. Bratton said that with tensions escalating between the militant group and the United States, the groups ability to recruit attackers online constituted a current threat. But, he added, There is no direct actionable intelligence in our possession that indicates an attack in the Times Square area or anywhere else in the city for that matter.

Mr. Miller said he was working with federal officials to trace the source of the online post. But he added that the departments greater concern was not identifying the source of the post, but rather who might use the bomb-making instructions it included.

He said that appeals to lone terrorists were not new, though the Islamic State  also known as ISIS or ISIL  seemed to be operating with a higher level of online sophistication.

On Tuesday, a Rochester man was indicted on charges that he had tried to provide material support to the Islamic State by helping three men who said they would travel to Syria to work with the groups militants. The fear that American or European citizens who have traveled to fight with the Islamic State could also be asked to attack Western sites has prompted officials to try to track them more closely.