petros
+1
#1  Top Rated Post Feb 19th, 2016
WTF? This goes against all the gibberish about Harper's Govt not giving a flying f-ck about a rolling environmental donut.


VANCOUVER — Taseko Mines Ltd. is suing the federal government in B.C. Supreme Court and seeking unspecified compensation for a 2014 decision that blocked development of a proposed $1.5 billion gold and copper deposit.

The Vancouver-based company claims that the government and its agents — including the environment minister at the time — failed to meet their legal duties to Taseko when they blocked the New Prosperity project.

Taseko also alleges, among other things, that its property was effectively expropriated without compensation when a federal cabinet decision on Feb. 25, 2014, made its mineral rights essentially worthless.

The company didn’t say how much money it’s seeking through the lawsuit, filed in the provincial court, but said its seeking general and punitive damages, plus interest, and any other relief that the court may choose.

The Canadian Environmental Assessment Agency said Friday in an email that it is aware of the notice filed by Taseko, but would not comment as the matter is before the court.

The suit was announced Friday, three days before Taseko and federal government are scheduled to face off in Vancouver with a related dispute before the Federal Court of Canada.

The latest claim dated Thursday relates to an open-pit project, 125 kilometres southwest of Williams Lake, B.C., Taseko had promoted as a major economic driver in the Cariboo region of the B.C. Interior.

Its suit says the project would have provided about 550 direct jobs and 1,280 indirect jobs and contribute about $459 million annually to the province’s gross domestic product.

The project and its predecessor, the Prosperity project, ran into opposition over environmental issues and both were rejected in 2014 and 2010 by the Harper Conservative government on advice from the Canadian Environmental Assessment Agency.

“Given the conduct of the Government of Canada and its agents we have no other choice but to defend the interests of our shareholders and to protect their assets,” Taseko CEO Russell Hallbauer said in a statement.

Feb 19th, 2016
When its deemed in the public interest not to mine an area and the Feds say no
that should be it. Take the mining rights from any company threatening to sue
secondly nationalize any company that attempts to circumvent the law No more
deals with international company rights period time to give a NAFTA notice and
move on. 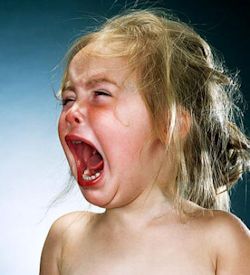