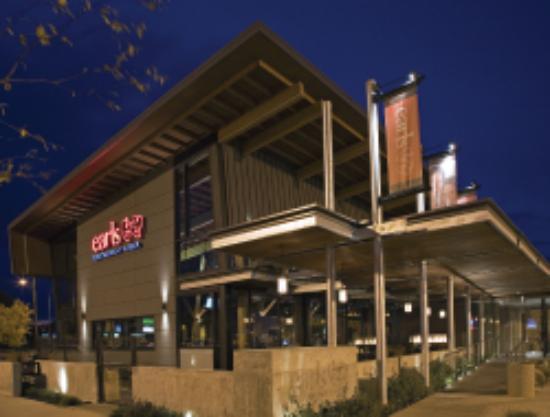 The Earls restaurant chain is causing a stir once again by eliminating tipping at a downtown Calgary location and replacing it with a mandatory 16 per cent “hospitality charge” for all customers.

Managers at the newly opened Earls.67 say the hospitality charge will be evenly divided among all restaurant staff, not just servers.

“We’re going to test it to see if it promotes teamwork, engagement and result in a better guest experience,” Craig Blize, vice-president of operations at Earls.67, told CTV Calgary.

It’s not unusual for restaurants across the country to automatically add a gratuity charge to bills for large parties. But at Earls.67, everyone from solo diners to large groups will be paying the 16 per cent surcharge.

The decision has received mixed reviews from customers.

“Why don’t they just pay their staff a higher wage? Why put it on the customer?” said one woman.

But others, including Earls.67 server Nike Fashola, say the hospitality charge is a great way to ensure that all restaurant employees are rewarded for their hard work.
With the distribution of the mandatory surcharge, Earls.67 employees will make between $16 and $24 per hour.

But one business etiquette expert says not everyone will be on board with Earls’ pilot project.

“I think they need to be prepared for some backlash from people who are not happy with having their tip be dictated to them,” Sue Jacques of The Civility CEO told CTV Calgary.

Earls recently made national headlines with a controversial decision to drop Alberta beef from its menu in favour of ethically-raised beef from the U.S. But swift backlash prompted the chain to admit it “made a mistake” and return to using locally-sourced beef.

Jul 13th, 2016
The best place to coast is always under the radar, this business will be vilified for everything they do from now on, and rightfully so, what a total lack of insight.

Maybe it's one of Trump's successful companies..

Jul 13th, 2016
I misread that. I thought that the title said "Mandatory Hospital Charge".

I misread that. I thought that the title said "Mandatory Hospital Charge".

No, my mind connected the dots a little too logically.

Jul 13th, 2016
I think that all Earls should be phoned and request a reservation for say 20. Before you confirm, ask what hospitality charges are to be added to the bill and then say no thank you, I will go somewhere else that does not charge this 16%. Ask them if they can give you a name of a restaurant that does not charge this. Boycott the restaurant and let them die.

Jul 13th, 2016
if you want honest affection in this world
you have to pay for it

Get a wee dog.

Posted like someone who has never ever worked in a restaurant and probably never eaten in one.

FYI-any group pf more than 6 is automatically charged a gratuity, anyone wanting to make a group reservation of 20 is asked for a CC# and a non-refundable charge is taken then & there.

Anyone phoning various restaurants with the same Bee Ess story will soon find that FOH staff in any city have extensive contacts in the business and are often in close touch with each other through social media-pranksters & flakes are outed quickly.