Open-carry gun laws create chaos, fuel 'us vs. them' mentality of police 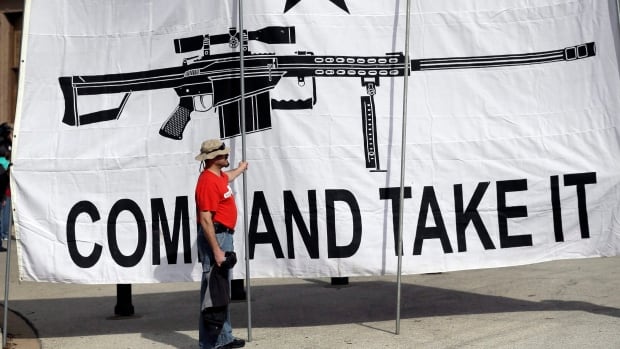 As open-carry laws make their way across the United States, guns have become an increasingly visible, if deeply unsettling, presence at protests.

Amid continuing unrest fuelled by anger over police killings of black men and a contentious presidential election, overt displays of firepower could turn ostensibly peaceful situations violent  or even tragic.

Law enforcement, which has generally opposed open carry, warned for years about the potential implications. Among those critics was Chief David Brown of the Dallas police, a force that lost five officers in an ambush, executed by a single gunman, during a march in protest of police violence. 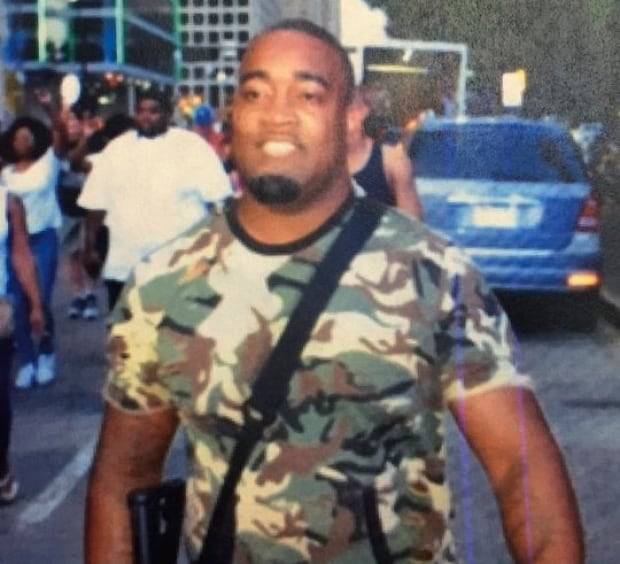 Brown admitted this week that the state's open-carry laws only amplified the chaos ignited by the attack. He added that his force is "trying as best we can," but that it's "increasingly challenging when people have AR-15s slung over [their shoulders], and shootings occur in a crowd."

Between 20 and 30 people showed up to the Dallas march with guns, some of them outfitted in camouflage, flak vests and gas masks, according to police. When pandemonium erupted, they became a part of the crowd fleeing in every direction.

U.S. President Barack Obama elucidated the challenge: "Imagine if you're a police officer and you're trying to sort out who is shooting at you and there are a bunch of people who have got guns on them," he said.

"So we don't know who the good guy is versus who the bad guy is if everybody starts shooting," he told reporters this week, right after saying there has "been the presumption that a good guy with a gun is the best way to resolve some of these things."

The comment was an allusion to the National Rifle Association's infamous assertion that "the only thing that stops a bad guy with a gun is a good guy with a gun."

The NRA has long pushed for open carry, including in Texas, where the lobby group has made significant contributions to pro-gun politicians.

Its efforts have not gone unrewarded.

As of this year, the more than 900,000 Texans with permits to carry a concealed handgun can carry it openly on their waist or in a shoulder holster. The law is vague on long guns, leaving it unclear whether AR-15s or similar models are legal to carry openly.

And starting next month, anyone with the right paperwork can take a loaded, concealed pistol onto state university and college campuses.

Texas is hardly an exception. There are 45 states that allow for some form of open carry, though each has its own restrictions.

That raises the prospect of more gun owners bringing their weapons to demonstrations in public places. After all, the Dallas march was a response to the killings of two black men  37-year-old Alton Sterling in Baton Rouge, La., and 32-year-old Philando Castile in St. Paul, Minn.  in less than 36 hours at the hands of police.

The protests were the latest in a more or less continuous string, anchored by a growing social movement born in resistance to police violence, that has intermittently filled city streets since black teen Michael Brown was killed by an officer in Ferguson, Mo., in August 2014.

Nationwide demonstrations put a spotlight not only on the schism between police and black communities but also the startling arsenals at the disposal of local law enforcement.

Philip M. Stinson, an associate professor of criminology at Bowling Green State University in Ohio and a former police officer, calls it "combat-type policing." Open-carry laws further that "us versus them" mentality that's pervasive among police, because of the high-pressure nature of the job, he said.

"Instead of de-escalating a tense situation, police can become the ones escalating things and it makes everything worse," he added.

'Everybody is on edge'

Complicating things further, a racial divide permeates the debate around open-carry laws. Critics and activists contend that even with all the right paperwork, a black person with a gun is more likely to be perceived as a threat than a white person, even in states where every other person in line at the Golden Corral buffet has a pistol nestled on their hip.

For some, being black and expressing the right to openly carry a gun is itself an act of resistance. That's partly why Mark Hughes attended the march with an AR-15 slung over his shoulder, he told media. It got him wrongly identified by Dallas police as "one of our suspects" while the attack unfolded.

Dallas police will certainly not be the last force to struggle with open-carry enthusiasts amid tense gatherings.

Next week, the Republican National Convention will descend on Cleveland, and Ohio is an open-carry state. The Secret Service has said firearms will be banned inside the venue, but they will be allowed on public property around the premises.

According to Reuters, several predominantly white pro-gun groups that support presumptive Republican presidential nominee Donald Trump have said they will be out in full force. The news service also reported that the New Black Panther Party, which calls itself a "black power" movement, will protest the convention armed for self-defense.

Cleveland is preparing for riots. The city spent around $50 million of federal grant money to buy riot gear and other crowd-control tools.

"Obviously, everybody is on edge after Dallas," Brian Kazy, a Cleveland city councillor, told the New York Times.

Jul 13th, 2016
"A well regulated Militia, being necessary to the Security of a free State, the Right of the People to keep and bear Arms, shall not be infringed."

Deal with it, coppers. Or go get a job as a mall cop.

"A well regulated Militia, being necessary to the Security of a free State, the Right of the People to keep and bear Arms, shall not be infringed."

Deal with it, coppers. Or go get a job as a mall cop.

You mean the USA's sickness for Guns can be summed up as security.

I don't think any American would be happy unless they are fondling their guns.

Or in your case "Moron labe."