The 29-pages of raw intelligence material, compiled by congressional investigators months after the Sept. 11, 2001, terrorist attacks, addresses potential connections between some of the al-Qaida hijackers and the Saudi Arabian government.

The pages were not part of the 9/11 commission's actual report, but instead were part of a joint congressional inquiry that gathered and evaluated raw intelligence that was later investigated by the commission's members. 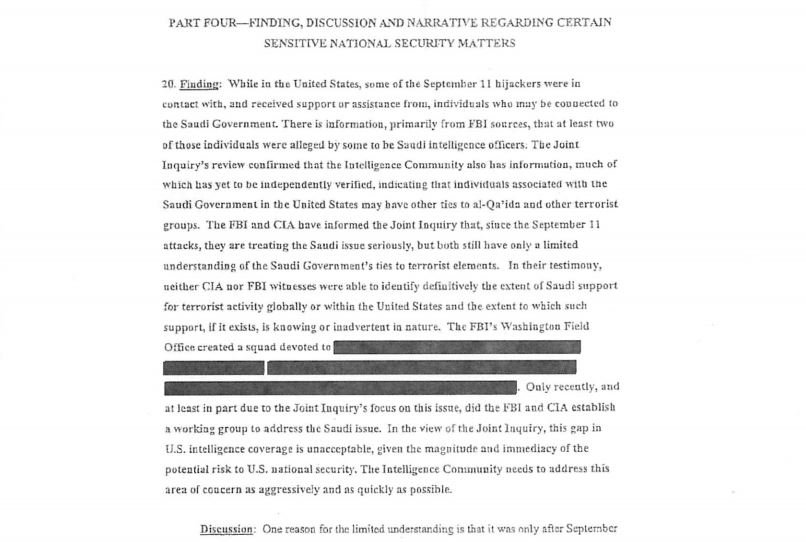 Re: U.S. suspicion of Saudi ties to 9/11 outlined in declassified intelligence report