Blackleaf
#1 Feb 20th, 2007
It makes you proud to be British. The world's biggest ocean liner, Britain's Queen Mary 2, named by Queen Elizabeth II (dwarfing that other great British ocean liner, the Titanic) attracted huge crowds as she sailed into Sydney Harbour in Australia.

The Queen Mary 2 sailed into Sydney today - but was so big she could NOT squeeze under the famous Harbour Bridge.

Thousands of Australians crowded the sides of Sydney Harbour to watch the 23-storey high and 148,000-ton liner narrowly squeeze into a naval dockyard as she arrived in the Australian city. She's huge, and she's British: The Queen Mary 2, the largest ocean liner in the world and the largest ever built, enters Sydney Harbour in Australia


A flotilla of boats followed the cruiser into the harbour and onlookers arrived before dawn to watch her progress.

The centre of Sydney was brought to a halt by the sheer volume of people coming to watch. Her arrival coincided with the appearance of her sister ship, the Queen Elizabeth II, the first time the two ships have been in the harbour together. To mark the occasion, they sounded their horns together - a noise heard for miles across the city.

But unlike her sister ship, the Queen Elizabeth II (QE2) (which was once the largest in the world) was able to cruise under the bridge and dock at Sydney's Circular Quay.

The QM2 arrived just before daybreak carrying 2,600 passengers to berth at the navy's Garden Island in Woolloomooloo.

Captain Christopher Rynd said Sydney's welcome was the best they'd had during their world tour. 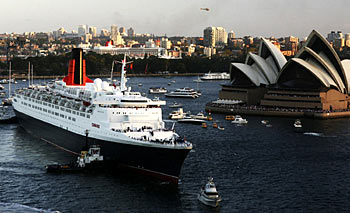 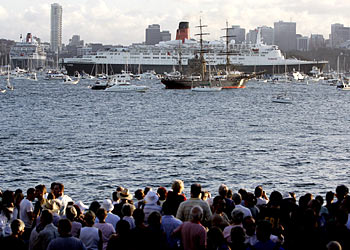 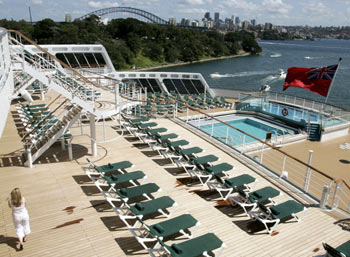 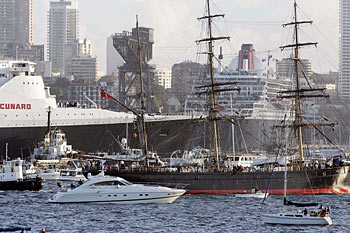 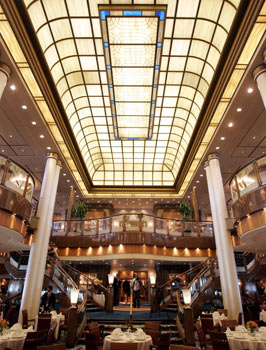 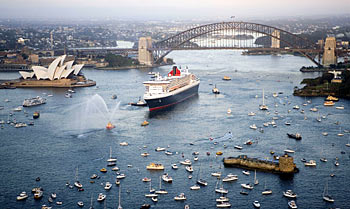 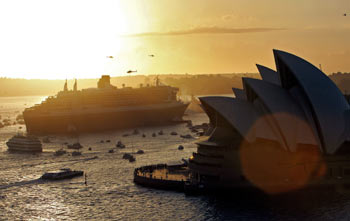 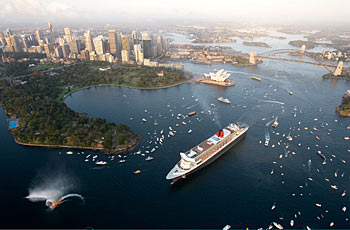 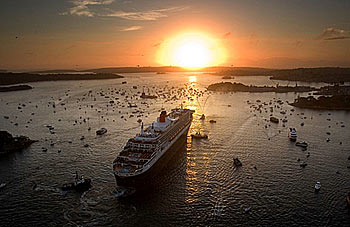