Torch light
#1 Aug 25th, 2018
This is the beautiful recitation of this blessed Soora which proves the truthfulness of Prophet Mohammed - salam to him .. it is one of the early soora's of the Quran, revealed in Mecca:


Soora 73
(In the name of God, Most Gracious, Most Merciful)

[The Prophet  salam to him  used to sleep in the first half of the night, and pray the additional voluntary prayers in the other half of it, and following the prayers he mentioned God with glorification and praise.
Therefore, this soora (or chapter) was revealed:]

1. O you [: Mohammed] enwrapped in your raiment [preparing to sleep!]

2. Keep vigil [for reciting the Quran] all, except a little of, the night.

4. Or more than the [half], and recite the Quran in piece-meal.

5. We will certainly cast on you heavy words.

6. [The righteous work] that you perform by night is more effective [on people], and the speech is more upright.

7. Surely, you have a long day time during which you may glorify [your Lord] as you like.)

This is the beautiful recitation of this blessed Soora which proves the truthfulness of Prophet Mohammed - salam to him .. it is one of the early soora's of the Quran, revealed in Mecca:

Aug 25th, 2018
Another uplifting scene of Muslims worshipping the wisdom and beauty of Allah: 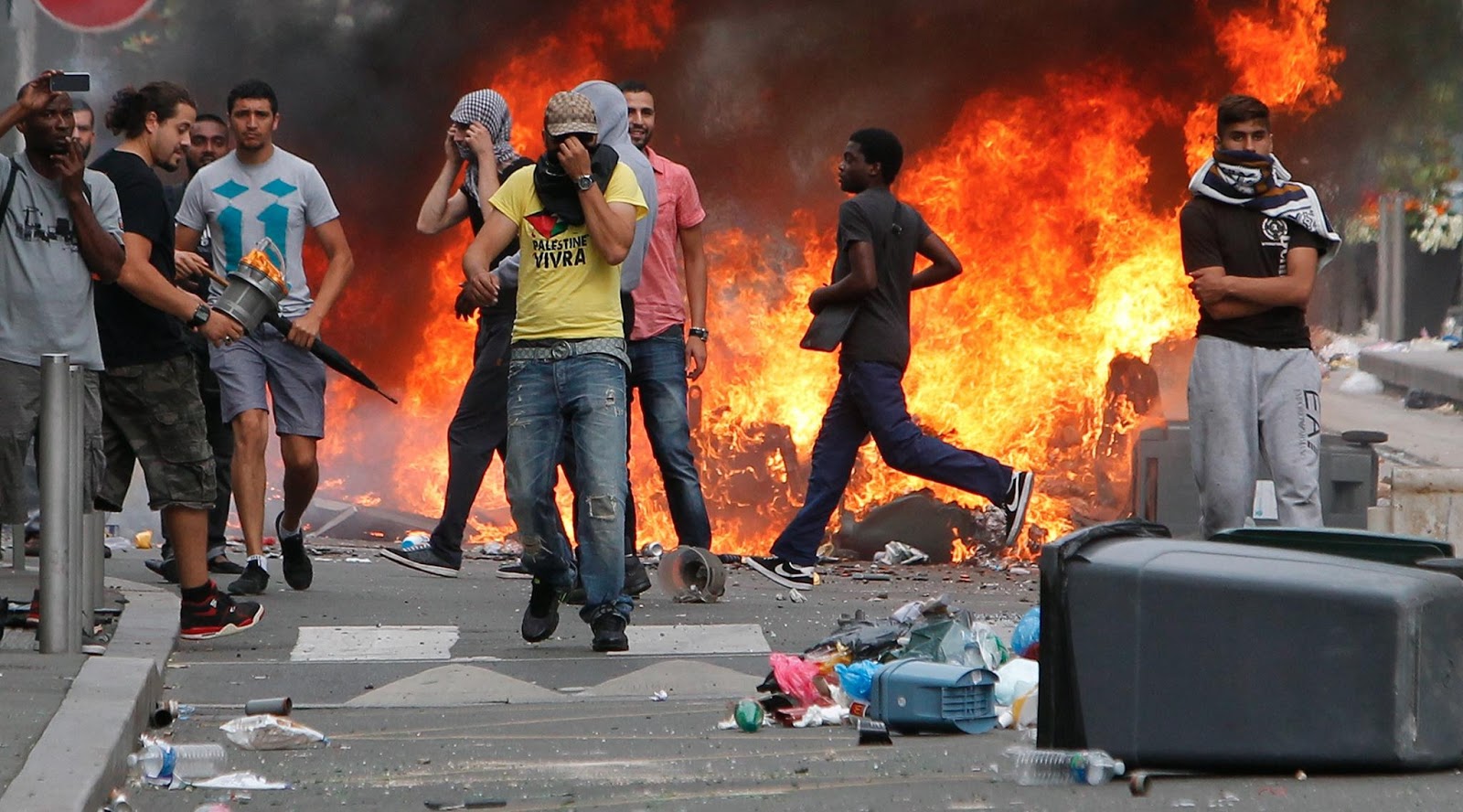 9. Lord of the East and the West; there is no god but He; so take Him for a Guardian.

10. And forbear patiently [O Mohammed] their words [of the denial and mockery], and [now after you have warned them] forsake them with good leaving.

11. Leave to Me those who deny [Our messenger]: those given grace [of wealth and children.] And respite them for a little time.

12. For We have kinds of severe punishment, and a burning extensive fire.

13. And food that chokes [its eater], and a painful punishment.

Another uplifting scene of Muslims worshipping the wisdom and beauty of Allah:

It is a dilemma:

I am between these ignorant Muslims who follow their traditions that are not according to the Quran ..

and between you the Wicked Zionists and Charlatans who intend to bar people from God's religion: the true Islam and the Quran.

Therefore, they are the ignorant people, while you, the Wicked Zionists, are the devils among mankind and the garbage bin and the shame on humanity.

Aug 25th, 2018
Exploding people look like mushrooms for a brief instant, did you know that?

16. But Pharaoh rebelled against the messenger [and did not believe]; and, consequently, We seized him with a severe consecutive [kinds of] punishment.

17. Then, if you disbelieve [in the Quran], how will you avoid [the chastisement of] a day that shall turn children grey-headed?

18. [The day] when the heaven shall cleave; His promise shall be fulfilled.

19. These [Quran revelations] are indeed an admonition; therefore whoso likes [to go to Paradise], let him follow a way [leading him] to [the Paradise of] his Lord.)

This is the last and longest aya in this great soora:

[When His saying – be glorified – in the beginning of this soora, was revealed, which means:

(O you [: Mohammed] enwrapped in your raiment [preparing to sleep!]
Keep vigil [for reciting the Quran] all, except a little of, the night.)

The Prophet said: “My Lord, I shall keep vigil at night for prayers and glorification from midnight till morning.”

Therefore, His saying – be glorified – was revealed:]

(Quran 73: 20. [O Mohammed] your Lord does know that you [awake and] stand [to pray] for:
less than two-thirds of the night [: more than the half one time],
or half of the night [another time],
or [another time still] a third of the night,
and so do a party of those [believers] with you.
God does appoint Night and Day in due measure.

He knows that you are unable to comprehend the [ambiguous revelations of the Quran]c, so He has turned towards you [and accepted your repentance.]

Therefore, now recite of the Quran as much as may be easy for you.

[Moreover], He knows that there may be [some] of you in ill-health, and others that travel through the earth [for trading and business], seeking after God's bounty; yet others fight in God's cause.

[Then God – be glorified – asserted for the third time about reciting (or rehearsing) the Quran by night, and He said:]
Therefore, recite as much of the Quran as may be easy [for you]; and establish the [prescribed] prayers, and the [obligatory] Zakat [alms], and lend to God a good loan.

20 c For that you substituted the prayers instead of reciting the Quran.
It means: I said to you: Recite the Quran by night, but you stood for prayers.

In this last aya of this soora 73, it is stated that the Prophet (and of course the believers together with him) did not realize the meaning of this aya, because it is one of the ambiguous ayat (which the Mahdi will interpret in the future; and in fact he has explained it in details in the twentieth century ) .. the Prophet was told to recite the Quran by night, especially the terminal part of the night, when it is calm and voices are hushed, so that its effect will be more influential on those who came to hear it in the street outside his house in Mecca.. so they were told to recite or rehearse the Quran, but they stood to pray the prayers of night which also included the reading of some of the Quran.