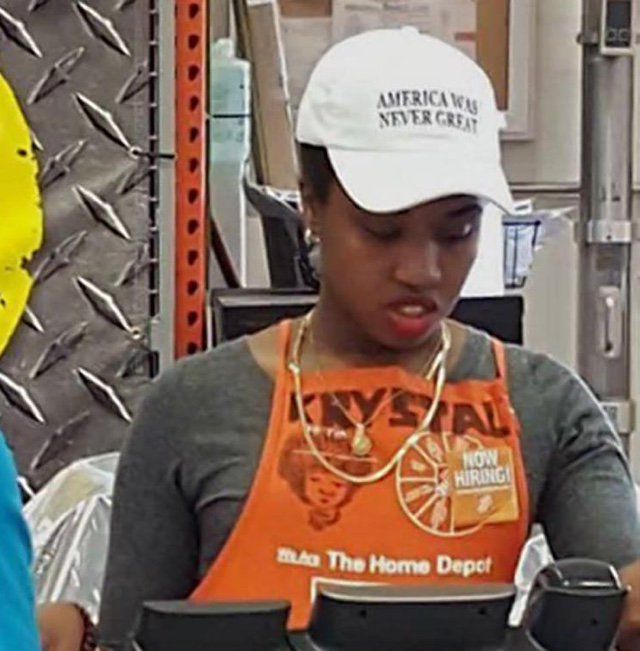 STATEN ISLAND, N.Y. -- An image of a Staten Island Home Depot worker wearing an anti-Trump hat went viral on the Internet Wednesday, leading to threats against her life.

Krystal Lake, 22, of St. George, was spotted wearing the controversial hat during her Sunday morning shift at Home Depot, located on Forest Avenue in Mariners Harbor.

"The point of the hat was to say America needs changing and improvement," Lake told the Advance. "I don't think it's a positive message to say, "Let's look to the past.'"

Lake said she awoke Wednesday morning to a barrage of text messages, tweets and phone calls from friends and co-workers asking her if she had been checking her social media accounts.

"Everyone kept asking me if I was on Facebook or Twitter, which I hadn't been," she said, "and then I saw how many people were sharing [the picture] and that it was going viral.

"I was honestly shocked -- I didn't expect any of this to happen."

Lake, a lifelong Staten Islander and student at the College of Staten Island, said this was the first and only time she had worn the hat to work, and that she was not reprimanded by any manager for the decision to wear it.

When reached by the Advance on Wednesday afternoon, Home Depot spokesman Stephan Holmes said Lake's message on her hat does not reflect the opinions of Home Depot.

"We appreciate and understand the concerns of our loyal customers," he said. "In terms of the message, our associates are not permitted to wear items that reflect political statements.

"Unfortunately, no one on our management team saw her wearing the hat -- otherwise, they would have had her remove it immediately."

Jun 2nd, 2016
The rise of low-wage business models in the service sector has often been contrasted to business models of the past, when blue collar jobs in the manufacturing industry supported a large middle class in the United States.

Much attention has been given in recent years to low-wage work in the fast-food industry, big-box retail, and other service sector industries in the U.S.

When a days labor no longer affords the basic necessities, working Americans rely on public assistance programs funded by U.S. taxpayers to close the gap. Recent research by David Autor and colleagues has documented the impact of increased exposure to trade from low-wage countries on wages and use of safety net programs. In this research brief we estimate the public cost of low wages in frontline production jobs in the manufacturing industry by detailing state and federal expenditures on safety net programs for workers in this industry and their families. This brief is the latest in a series that explores the pressures placed on safety net programs by low-wage industries.

For this analysis we focus on jobs held by frontline manufacturing production workers, defined as non-supervisorial production workers who work at least 10 hours per week for at least 27 weeks per year either directly in the manufacturing industry, or in production occupations highly associated with manufacturing in staffing agencies. We analyze utilization rates and costs in the five largest means-tested public benefit programs for which data is available: Medicaid, Childrens Health Insurance Program (CHIP), the Federal Earned Income Tax Credit (EITC), food stamps (the Supplemental Nutrition Assistance Program, or SNAP), and basic household income assistance (Temporary Assistance for Needy Families, or TANF).

Was it great in the 50's with segregation, or maybe in the 1800's with Salvers and killing Indians.

I'm going to say America was great anytime before 1492.

Jun 2nd, 2016
If Home Depot says that employees are not allowed to wear political statements at work, they'll have to check everyone closely every day.

Jun 2nd, 2016
This is stupid and I would have fired her ***. If I ever see an employee with "Canada was never Great" hat, I'm personally going to pay for their ticket to Zabbaleen, Rajasthan or Karachi; they can choose! live there for a few years. Enough stupidity, grow a ****ing brain. 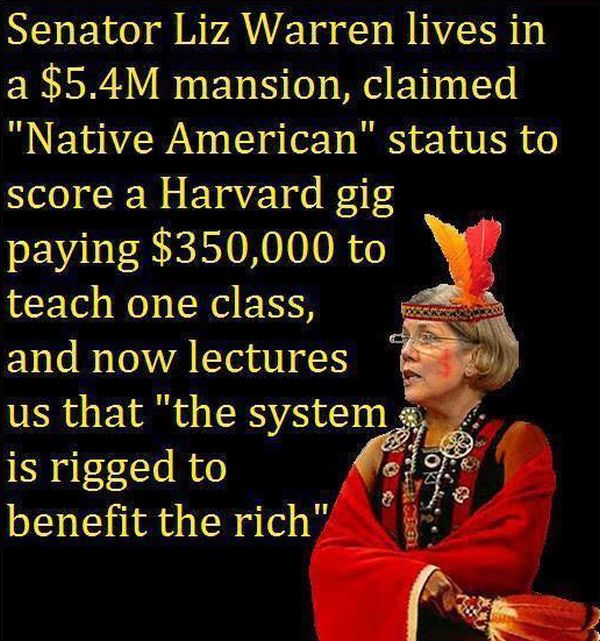 This is stupid and I would have fired her ***. If I ever see an employee with "Canada was never Great" hat, I'm personally going to pay for their ticket to Zabbaleen, Rajasthan or Karachi; they can choose! live there for a few years. Enough stupidity, grow a ****ing brain.

Where have you seen the word Great in Canada's name? You might be able to pull off the act in Britain though ... or maybe Sudbury. Semantics, eh?

Oh look! Cliffy quoting a fake indian like himself!

Oh look! Cliffy quoting a fake indian like himself!

Birds of a feather?

She's too young to remember the pre free trade eras.......