What Canada? The Canada I once knew has been long gone for decades now. Canada has become the world where once some foreigner from some third world country gets here they are told that Canada is now a multicultural and diverse country, and a non assimilating country. Bring your problems and your old cultural baggage with you, and Canada will help to try and preserve your old hell hole cultures and make you feel like you were back home. Isn't Canada just multicultural wonderful? Fuk Canada, it is not worth trying to save anymore. The British/European people's of this country have decided that the old Canadian culture and ways of life and doing things are not worth preserving. They have handed Canada over to the 3rd world foreigners who will eventually turn Canada into a 3rd world shit hole.

And besides, all of you white people are now only known for being nothing more than a bunch of white KKK hating and racist people who have way too much white privilege. White people only need to apply for a job but only after the people from the 3rd world new immigrants are taking care of first.

As old man Comrade Turdeau once said when he became the prime mistake dyktator of Canada: "Welcome to the new Canada". And today, we are seeing a new Canada in the making. It is called multiculturalism and diversity. Now all white people must now bend the knee before our new non white foreign masters soon to be. After all, multiculturalism and diversity are now considered sacred and taboo cows and topics that must be seen as great and good for Canada.

I hope not, but I do believe that our comrade dyktators will try and make it mandatory and to try to force us all to wear a clown mask on our faces everywhere we go. Why? Because the stupid and stunned Canadians will always do as they are told, without question or a whimper, even though there is ample proof that the wearing of masks is not good for anyone's health. It will cause breathing problems.

The wearing of masks can make one sick and grasping for air all the time. When one expels carbon dioxide from the body, half of that carbon dioxide does not escape, and is breathed back into one's lungs. Anyone wearing a clown mask will only breathe in about half of the oxygen that they need to breathe in and stay alive on. Humans were not meant to breathe and live on carbon dioxide. Plus the bacteria that the body breathes out, that sits on the mask, where it is then brought back into the lungs by one's own breathing.

If anyone thinks that this hoax of a virus bull shit will come to an end, than they truly do need an IQ checkup. What is going on today is nothing compared to what is going to come this fall. Your f'n lives are over and your freedoms will be gone if you do not stop listening to those comrade lying power crazy politicians, and the lying media, and those lying so called health officials. All of those mentioned take their orders from the globalist deep state cabal. None of them have your interest and concern in mind. Just more communism for you all if you do not wake the F up. Just saying. 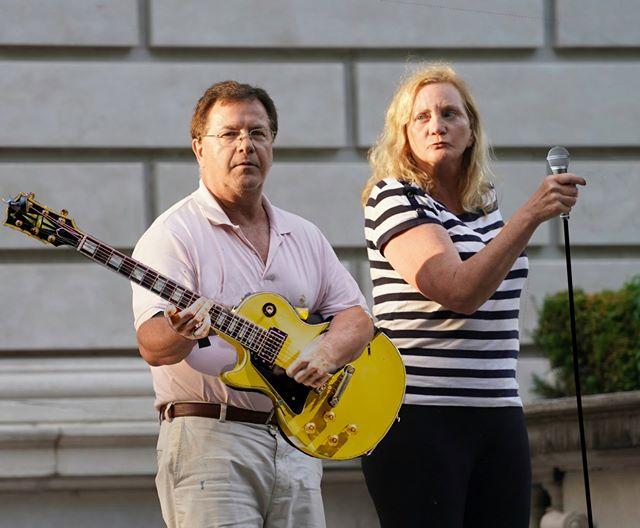 live concert in person. Watching a concert at home is not the same as going to a concert with thousands of others. But this is what happens when people allow themselves to become slaves to their dear comrade master leaders. I say fuk with social distancing. Let's all get together and party hearty. Works for me.