Aug 9th, 2017
Woman almost crushed by double-decker bus after jogger inexplicably pushes her into oncoming traffic
THE ASSOCIATED PRESS
First posted: Tuesday, August 08, 2017 09:34 AM EDT | Updated: Tuesday, August 08, 2017 10:04 AM EDT
LONDON  British police have appealed for witnesses to help find a jogger who pushed a woman into the path of a bus.
Londons Metropolitan Police force released surveillance camera footage Tuesday of the May 5 incident on Putney Bridge.
It shows a jogger in shorts and T-shirt banging into a pedestrian, who tumbles in front of a double-decker bus. The bus stops just before hitting her.
Sgt. Mat Knowles said it was only due to the superb quick reactions of the bus driver that she was not hit by the vehicle.
Police say the woman saw the jogger running back across the bridge about 15 minutes later and tried in vain to speak to him.
Officers are seeking a white man in his 30s with brown eyes and short brown hair.
Woman almost crushed by double-decker bus after jogger inexplicably pushes her i

Sep 13th, 2017
Driver's backwards idea on Gardiner Expressway goes viral
By Jenny Yuen, Toronto Sun
First posted: Tuesday, September 12, 2017 03:46 PM EDT | Updated: Tuesday, September 12, 2017 03:53 PM EDT
The driver really backed himself into a corner on this one.
A video shot by a person from a hotel balcony above the Gardiner Expressway is making its rounds on social media after the footage showed a car slowly reversing in order to exit a ramp the driver missed.
From our hotel balcony, we see a car stop in the middle of the highway and start driving in reverse! We were on the edge of our seats! Epic win or epic fail here? read the YouTube description of the video, that as of Tuesday afternoon, reached in excess of 6,600 views.
The one-minute-and-42-second video shows a light-coloured car creeping backwards on to what appears to be the westbound Spadina exit at night time. When the driver sees there arent vehicles coming behind him, he speeds up and eventually veers right and exits off the ramp.
One of the people who witnessed the incident can be heard on the video exclaiming, What a bad idea.
The person who uploaded the footage on Monday  who goes by the name Sombusiness  could not be reached for comment.
The Gardiner has a speed limit of 90 km/h.
Toronto Police said there isnt enough information to conduct a search to determine if anyone called officers, said Traffic Services Const. Clint Stibbe.
We dont know when this occurred, there were no incidents that I could locate that matched this video, he said Tuesday. That being said it could be listed under a number of different event types (hazard, impaired, unknown trouble to name a few).
Stibbe said the driver could be charged for reversing on a highway, at a minimum. If there was a collision and someone was injured or killed, then the motorist could face a criminal charge.
The fine for backing up on a divided highway is $85 and two demerit points.
The driver of that vehicle could have injured or killed themselves or someone else, he said. Missing an exit is not the end of the world, the driver should have continued to the next exit and returned to the exit via the eastbound Gardiner Expressway.
jyuen@postmedia.com
A YouTube video captured a driver reversing on the Gardiner Expressway.

The crash injured seven people, some of whom were working to repair an area already damaged by a crash in April, Se Uno Noticias reports . CCTV footage of Fridays incident emerged Monday when it was posted to a Toluca road traffic page by E Fabian Lozano.

Mar 14th, 2019
CLOSE CALL: Video captures near-miss with crashing plane at Buttonville airport
Postmedia News
Published:
March 13, 2019
Updated:
March 13, 2019 12:51 PM EDT
A dashcam video captured a drivers close call with a plane crashing in Markham on Tuesday.
From seemingly out of nowhere, the small plane swoops into the frame, narrowly missing a vehicle travelling on 16th Ave., near Hwy. 404, north of Buttonville Municipal Airport. The video was posted to Instagram account 6ixbuzztv.
The Transportation Safety Board said the private single engine Cirrus SR20 aircraft received significant damage during a runway excursion at the airport around 2 p.m.
The two occupants of the plane, a male instructor and a female student, were treated by York Paramedics. The driver was not hurt.
The plane was reportedly practising touch and go on runway 33 when it crashed.
Roads were closed in the area during the investigation. 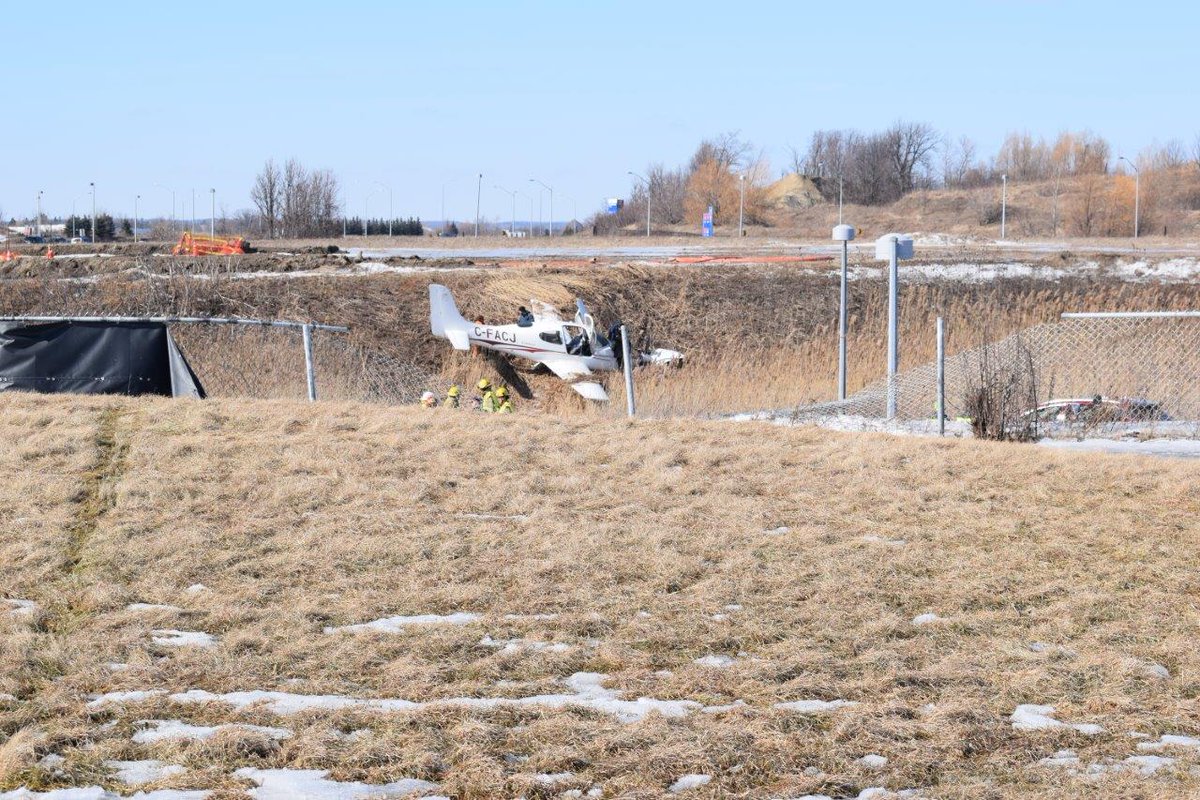 Nobody ever claimed cops are bright.

You fake against also Europeans as they were able to speak other languages outside of England.

You whine over Alternative against his non-English being but he just avaible telling Swedish stories.

May 16th, 2019
Driver hunted after video captures crash on Hwy. 410
Postmedia News
Published:
May 15, 2019
Updated:
May 15, 2019 7:55 PM EDT
A car, believed to be a Ford Focus, brakes after cutting in front of a slower-moving vehicle on Hwy. 410 at the 407 on May 3, 2019, causing the other vehicle to crash.
The OPP are trying to identify a driver captured in dashcam video pulling a dangerous move on Hwy. 410, causing another car to crash.
The video, taken by a third vehicle and released late Tuesday by Ontario Provincial Police, shows a dark-coloured car, believed to be a Ford Focus, tailgating a slower vehicle in the HOV lane of the highway near Hwy. 407 on May 3 at 4:49 p.m.
The driver of the Focus is clearly impatient, pulling up very close to the car ahead of it. The driver then pulls out of the HOV in an illegal lane change, moves ahead and cuts back in front of the slower vehicle.
The Focus then brakes, and the other car hits the Focus on the rear drivers side bumper, then hits the median and spins out.
The Focus speeds up and takes off.
Anyone with information to identify the driver and locate the Focus is asked to call the OPP at 905-278-6131.
http://twitter.com/i/videos/tweet/1128492954400768000
http://torontosun.com/news/local-new...ash-on-hwy-410