Blackleaf
#1 Mar 27th, 2016
It's a mystery that has gripped historians and Shakespeare experts for generations - and one archaeologists believe they could have finally found an answer to. 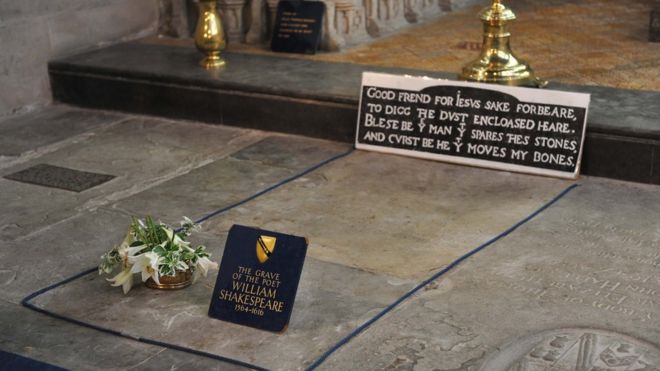 It's a mystery that has gripped historians and Shakespeare experts for generations - and one archaeologists believe they could have finally found an answer to.

After a hi-tech investigation concluded the legendary playwright's skull was probably taken by trophy hunters more than 200 years ago, which direction should the search for his missing bones now take?

As a Channel 4 documentary reveals his Stratford resting place has been disturbed at the head end, and proves a mystery skull thought to be his is actually that of a woman, new theories about what happened to Shakespeare's head are beginning to emerge.

Here, experts and enthusiasts give their opinions on where the hunt for the elusive part of his skeleton should go - or, as we approach the 400th anniversary of his death, whether it is finally time to let him rest in peace. 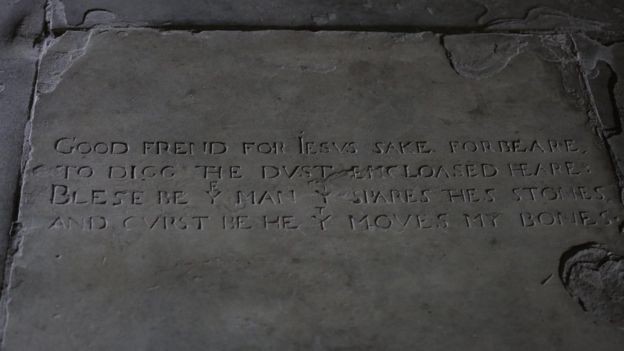 The chilling curse that appears on Shakespeare's grave at Holy Trinity

Kevin Colls is the Staffordshire University archaeologist who led the investigation into Shakespeare's grave at Holy Trinity Church, Stratford-upon-Avon, Warwickshire.

He firmly believes the findings of a disturbance of, and repair to, the tomb are too similar to the trophy-hunting allegations printed in 1879 to dismiss them - and plans to keep looking for the skull.

"Our research will continue - we're going to try and do as much as we can to locate it," he said. "Because we had two possible locations - Holy Trinity and St Leonard's in Beoley (in Worcestershire) - and we've ruled out those, we now need to look through documents again to help us find where it could be.

"It's not quite back to square one. We need to look at the myths and legends surrounding other churches in Stratford and the West Midlands to see if any of those could hold the key.

"It is of course possible that the skull was removed before the burial, and what our research has done is open a whole can of worms.

"But the fact is that our findings correlate so well with the documented theft in 1879 - particularly the reference to the grave being shallow. If it was going to be made up, the story would be entirely different.

"The evidence of disturbance to the grave and repair to the chancel floor leads us to this conclusion." 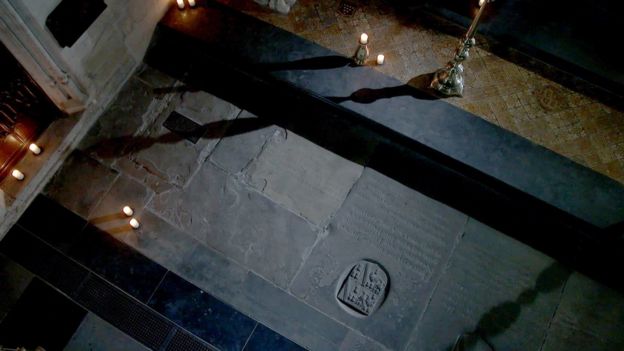 'It's possible the skull was removed by a relative and reburied'

Chris Laoutaris, of the University of Birmingham's Shakespeare Institute, is a Renaissance burial customs expert - and wonders whether a loved one is responsible for the disappearance of the playwright's skull, which he thinks could lie in a relative's tomb.

"Of course, it's possible that his head was looted in 1794, as the Argosy Magazine had claimed somewhat controversially in 1879," he said.

"But then another question occurred to me: what if Shakespeare's skull was disinterred not long after his burial and reburied with another family member or loved one?

"In an age in which high mortality rates meant that death was a far more vivid and ever-present reality than today, reacquainting oneself with the relics of the dearly departed in this manner may have seemed less strange, and was not in fact unheard of.

"The most well known example is that of Sir Thomas More, Lord Chancellor under Henry VIII and England's greatest humanist scholar, whose head was believed to have been lovingly preserved after his execution in 1534 by his devoted daughter Margaret More Roper.

"In 1978 archaeologists opened the Roper family burial vault in the Church of St Dunstan in Canterbury and discovered a mysterious niche behind which were remnants of a skull, almost certainly belonging to More.

"Could the mystery of Shakespeare's own skull, if indeed it is missing from his grave, owe something to a loved one's desire to be reunited with him in death? Perhaps we will never know.

"The other significant area that the archaeological investigations may shed some light on is the religious underpinnings of Shakespeare's burial. There is much controversy surrounding the possibility that Shakespeare may have been a crypto-Catholic.

"The recent archaeological investigation indicates that he was not buried in a coffin but was instead wrapped in a simple burial shroud. The plainness of the interment, without elaborate ritual trappings, suggests that this was a burial in keeping with Protestant custom.

"There is something touching about the simplicity of his burial which still speaks to us across the centuries, reminding us of the humanity of the man behind the legend."

'All we want to know is - who does our mystery skull belong to?' 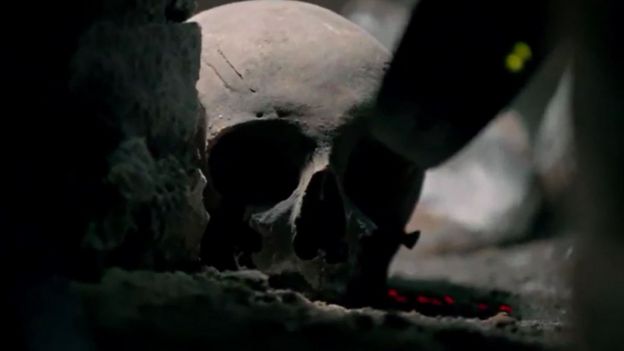 The Rev Richard Clark is team rector of Holy Trinity Redditch, overseeing the Worcestershire parish of Beoley where it had long been thought a mystery skull kept deep inside a vault at St Leonard's belonged to Shakespeare.

Detailed archaeological investigations have now disproved that theory, finally determining the skull belongs to a unknown woman in her 70s.

Clergymen had previously applied to the Consistory Court to use DNA testing to discover the identity of the skull - but had the application thrown out, the Daily Telegraph reported in November 2015.

"It would have been really, really nice, to have a link with Shakespeare and it is unfortunate that we don't - but we still have an intriguing mystery about who the Beoley skull belongs to," said Mr Clark.

"The bone sits alone in a room inside the vault and will remain there until somebody wants to try and obtain permission for further testing to determine who it belongs to.

"We've discovered that the story of the removal of his skull and reburial at St Leonard's is rubbish - so what I'm interested in now is who does our skull belong to?

"We'd love to find out, but we haven't got the money.

"I'm a Shakespeare enthusiast myself, and obviously there's always going to interest in historic mysteries and getting to the truth.

"But I wouldn't want to violate his wishes."

'It's time to let Shakespeare rest in peace' 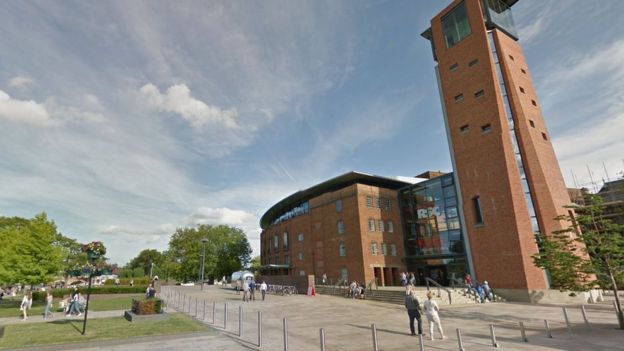 Stratford attracts millions of Shakespeare enthusiasts a year - is it time to leave the Bard's resting place well alone?

John Hogg, who has run Stratford Town Walk with his wife Helen since 2002, said the discovery was "fascinating" for them both and for the 15 guides with whom they work.

But while he's delighted the archaeological probe has put the global spotlight on to Stratford, he believes the search for the truth should end here.

"We don't know for certain that the skull is missing - it's important to remember that," said 71-year-old Mr Hogg.

"It is my personal feeling that he should be left alone now.

"He's laid there for 400 years. It's time to allow the mystery to remain just that."

Evabody looking for some head.