Conservationists in Yorkshire today won their fight to save the prehistoric site of Thornborough Henges from a gravel extraction scheme, writes Martin Wainwright 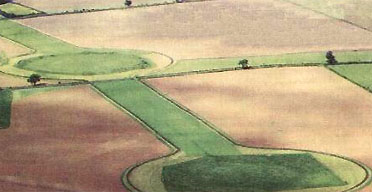 It seems careless to overlook Britain's largest prehistoric site for the best part of 1,000 years - but that is what has happened in the case of the threat to the Thornborough Henges.

The country only woke up at the 11th hour, thanks to a determined group of enthusiasts in Yorkshire who networked remorselessly to get every conservation group on their side.

They finally won the day this afternoon, at a packed open meeting of North Yorkshire county council in Masham, a beautiful market town with an abundance of obviously precious ancient monuments.

You could picnic 100 yards from the henges, within sight of the town's highest houses, and not know that they were there. Why the fuss, then, over Tarmac plc's now dashed hope of quarrying gravel from the edge of a site that consisted basically of three vast earth-walled circles and a cursus (a possible ceremonial funeral route) surrounded by dozens of traces of huts and burials?

The answer lies partly in the sophistication of modern archaeology and its interpretation, and partly in the invention of the aeroplane.

It was only when historians were able to soar on wings above the vales of York and Mowbray that the scale of this Neolithic and Bronze Age equivalent of London became stunningly clear.

Aerial photographs show three circles surviving out of an original eight. These are connected, like dumbbells, while ghostly traces of the others scar the pleasant farming and gravel-pitted landscape as geometrically as do the Inca lines at Nazca, in Peru.

Down on the ground, campaigners including the BBC's Timewatch have come up with all manner of clever ways to recreate the life that went on here. TV programmes, virtual-reality reincarnations and websites that have made the henges a cause célèbre.

We will never tire of Stonehenge or Avebury, but the public's jaded taste buds were tickled by this news of a vast, previously veiled new attraction in the north.

Now that Tarmac's application has been buried, all the magic of modern, sustainable, landscape-respecting tourism will be deployed here. As a result, Thornborough will emerge in a way that has not been possible before. Protective fences round gravel pits and "keep off" notices on fields are expected to give way to an enhanced setting that will make clearer, and show off, the delicate earthworks.

Tarmac has said it plans to appeal the decision, claiming that much of the history conservationists have cited in Thornborough's protection amounts to nothing more than myth.

However, the problem for the company is that any appeal would mean a public inquiry - and it is in the public arena, rather than in the offices of developers and planners, that the case has been most persuasively put for preserving the henges.

Tarmac raised concerns over local unemployment if its application failed. But any loss in quarrying work will be regained through the guides, meals and beds that come with increased visitors, as nearby York and Harrogate know very well.

And perhaps we will now take note of other ghostly palimpsests on the map of England such as the under-appreciated British Camp complex of the Malvern Hills and the mysterious drovers' highways that saw Serengeti-like movements of cattle in the prehistoric East Riding of Yorkshire and in Lincolnshire.

The henges' near-escape is a lesson from parish council level to English Heritage, telling it to look more carefully at what lies beneath our feet.

Feb 21st, 2006
History should always be preserved. Too often history get's destoryed by short sighted thinking. So many ruins have been destoryed by just the need to use the already cut stones for new buildings. I'm glade they were able to save this. Though just last a few years ago they destoryed parts of a Roman road to build a highway. Though they were able to escavate it before hand.

Let's take the subject of preserving STATUES
of antiquity.

Some of these statues of long forgotten Kings
and Queens were statues of some real bastards and
bastardesses (choosing against the other obvious
appellation).

When the Russians tore down statues of Stalin,
and when all the Saddam Hussein icons were torn
down.

And yet we bewail the loss of statues of Nebachanezzer,
a man who Saddam paid tribute by imitating the former's
behavior of stamping every brick in his palace with an
insignia representing himself.


There are times when we are all VANDALS swooping
down upon Rome and desecrating the iconography
of that society.

The Visigoths didn't get as much credit as the
Vandals for this behavior.


Perhaps we will regret not leaving to posterity the recent
class of thug leaders.

Feb 22nd, 2006
I think the British are better than other European countries in preserving their historical heritage. What a horrible country it would be if we pulled down all our castles (which we have more of than any other country in Europe) and replaced them with multi-storey car parks; or bulldozed our Roman ampitheatres to build cinemas.

If our deputy Prime Minister, John Prescott, had its way, that's what would happen. He loves building in our countryside and would love building on top of historical sites. But luckily, we have English Heritage to help protect our historical remains.