Hillary out of 2020 election

Mar 5th, 2019
Bad news for Trumpites. Who are they gonna scream to lock up

Mar 5th, 2019
I think she understood that her time was past.

she is waiting for the Mueler report to come out.

Hillary Clinton is NOT ruling out a presidential 2020 run until after the Mueller report comes out, sources close to the former Secretary of State say.

Less than 24 hours after Hillary appeared to rule out running for president in a TV interview with News12 Westchester, New York Times reporter Maggie Haberman broke the news that Hillary may be waiting to see Robert Mueller’s Russia report before making her final decision.

“Spoke to someone close with Clinton in contact with her today. They say she wasn’t trying to be emphatic and close the door on running when she spoke to a local reporter yesterday, and that she was surprised by how definitively it played,” Haberman tweeted.

“The person also says she is extremely unlikely to run, but that she remains bothered that she’s expected to close the door on it when, say, John Kerry isn’t. She has told her team she is waiting at least to see the Mueller report.”
https://www.buddylist.co/posts/crook...mueller-report

Bad news for Trumpites. Who are they gonna scream to lock up 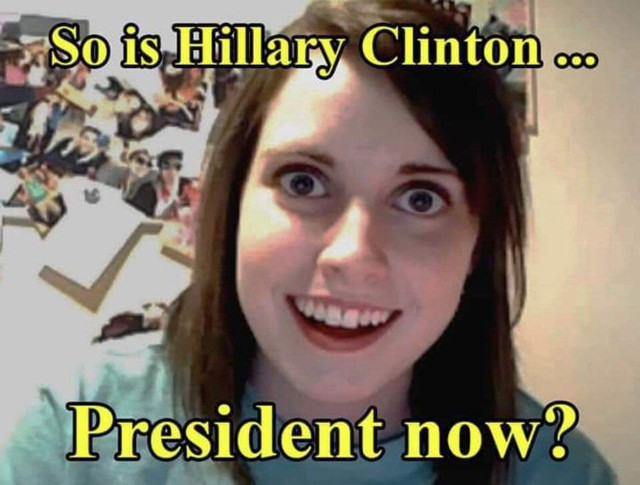