The bench, the idea of "super-fan" and architect Mohammed Osam, will be put on the renamed Black Sabbath Bridge over the canal on Broad Street. 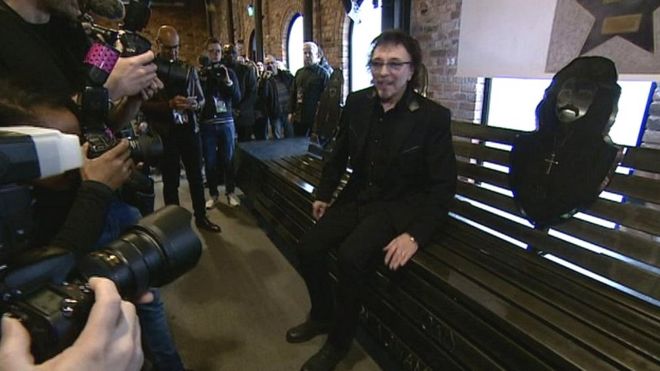 Black Sabbath guitarist Tony Iommi joked "Have you got a cushion?" when he sat on the steel bench

Hundreds of Black Sabbath fans gathered in Birmingham to see an artistic bench presented to the band's guitarist.

The bench, the idea of "super-fan" and architect Mohammed Osam, will be put on the renamed Black Sabbath Bridge over the canal on Broad Street.

Guitarist Tony Iommi said: "I think it's absolutely great. I was wondering what it was going to look like but it is really fantastic. I really love it."

The bench incorporates the images of the band's four original members. 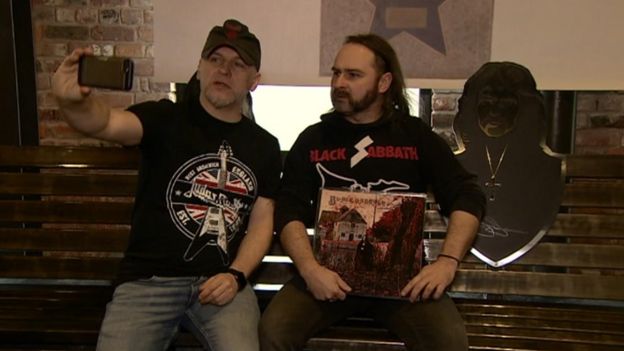 Black Sabbath fans have already been taking selfies on the bench

The bench was forged in the city and is inscribed "Geezer. Ozzy. Tony. Bill. Made in Birmingham 1968'.

Fans applied for 350 tickets to see the presentation.

Paying tribute to them, Iommi said: "These are our fans and some of them have come from all over the world and it's just brilliant to see that."

The event also saw Bill Ward awarded a star on the city's Walk of Stars.

Comedian Jasper Carrott, who is chair of the city's Walk of Stars project, said he expected it to become known as the "heavy metal bench".

Mr Osama, 35, said he was "thrilled" to see his plan to commemorate the band become a reality. 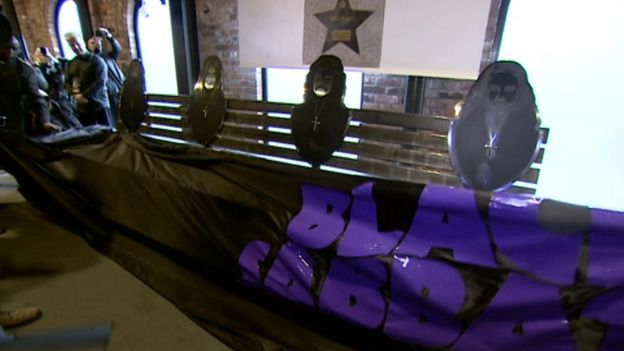 He became a fan of the band at age eight and has watched them around the world more than 50 times.

The bench's artwork was created by Egyptian artist Tarek Abdelkawi.

The stars dedicated to Black Sabbath will eventually be realigned in front of the bench, event organisers said.