Gyimah resigns as Science and Universities Minister over Brexit deal

Blackleaf
#1 Dec 1st, 2018
Remainer Sam Gyimah has resigned as Universities and Science Minister after Theresa May announced she will pull Britain out of the EU's Galileo satellite navigation system.

The UK wanted to stay part of it but the EU said it would be banned from extra-secure elements of the project.

Mr Gyimah said it was a foretaste of the "brutal negotiations" to come.

He's the 10th member of government to resign over the Brexit agreement, which he dismissed as a "deal in name only".

He said he intends to vote against the deal negotiated with Brussels, and (in true Remoaner style) called for another referendum. 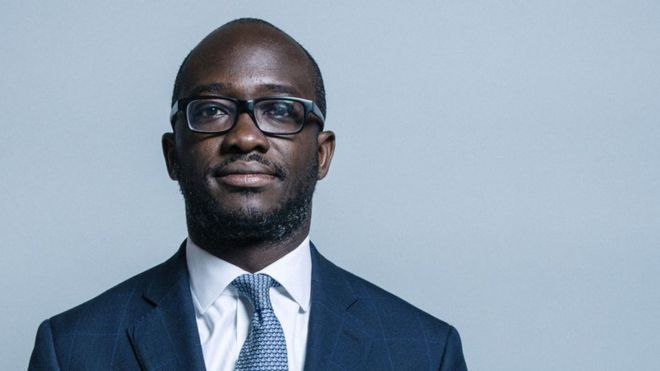 A minister has resigned saying a row over involvement in the EU's Galileo satellite-navigation system shows the UK will be "hammered" in negotiations over a Brexit deal.

Science and universities minister Sam Gyimah quit after Mrs May said the UK was pulling out of Galileo.

The UK wanted to stay part of it but the EU said it would be banned from extra-secure elements of the project.

Mr Gyimah said it was a foretaste of the "brutal negotiations" to come.

He's the 10th member of government to resign over the agreement, which he dismissed as a "deal in name only".

He said he intends to vote against the deal negotiated with Brussels, and called for another referendum.

The UK's interests "will be repeatedly and permanently hammered by the EU27 for many years to come", Mr Gyimah said in a Facebook post setting out his reasons for resigning.

However, prominent Brexiteer and cabinet minister Michael Gove has defended Mrs May's plan, writing in the Daily Mail that leaving the EU is under "great threat" if the deal is rejected by MPs.

Galileo is the EU's upcoming version of the US's GPS, which is used by millions of people around the world, and will be used by EU governments, citizens, military and industry.

Brussels had said that, as a result of Brexit, the UK would not be allowed immediate access to part of the system intended for use by government agencies, the armed forces and emergency responders once it came online in 2020.

But the UK, which has invested 1.4bn (£1.24bn) in the project, said access was vital to its military and security interests.

Mr Gyimah told BBC Radio 4's Today: "What has happened with Galileo is a foretaste of the brutal negotiations we will go through that will weaken our national interests, make us poorer and less secure."

Mrs May has now said the British army will not use Galileo and the UK will instead explore options to build its own satellite-navigation system - having already set aside £92m to look at how it can be done.

"I cannot let our armed services depend on a system we cannot be sure of," Mrs May said. "That would not be in our national interest."

Mr Gyimah, who voted for Remain in the referendum, said it was the right decision for Mrs May to leave the Galileo project, saying the negotiations had been "stacked against us from the very beginning".

The MP for East Surrey has said that as minister with the responsibility for space technology, he had seen "the EU stack the deck against us time and time again". 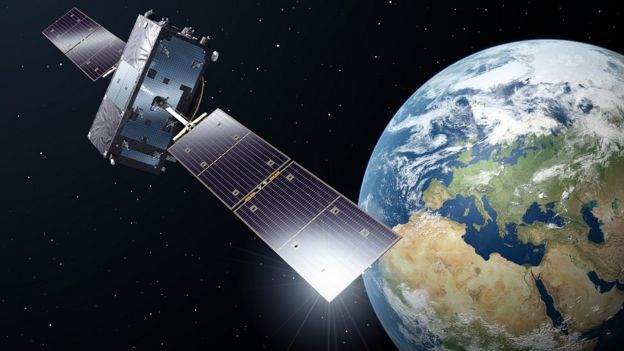 He told Today: "Looking at the deal in detail, we don't actually have a deal. We have a deal in name only.

"We have given up our voice, our veto and our vote. Our interests will be hammered because we will have no leverage."

He urged Mrs May not to rule out another referendum if she loses the 11 December vote.

"If Parliament was in deadlock, Theresa May could get herself out of that deadlock by backing a second referendum," he said.

BBC political editor Laura Kuenssberg said it was "another very dangerous moment" for the prime minister - as she is not just losing another vote, but also because others may share his concerns and choose to quit too.

Culture Secretary Jeremy Wright said he was "very sad" to see Mr Gyimah leave the government and that he had been "a very good minister".

"All of my colleagues are going to have to make their own judgment about what they think about this deal," he told BBC Radio 4's Today programme.

He said that Mrs May's deal should not be compared with an idealised version of Brexit.

Former Tory cabinet minister and campaigner for another referendum, Justine Greening, said Mr Gyimah was a "highly respected and capable minister" and praised him for not ruling out another vote.

And the Lib Dem's education spokeswoman, Layla Moran, said Mr Gyimah's exit showed the government was "falling apart", and that he had "seen at close quarters the devastating effect this botched Brexit will have on these important sectors". 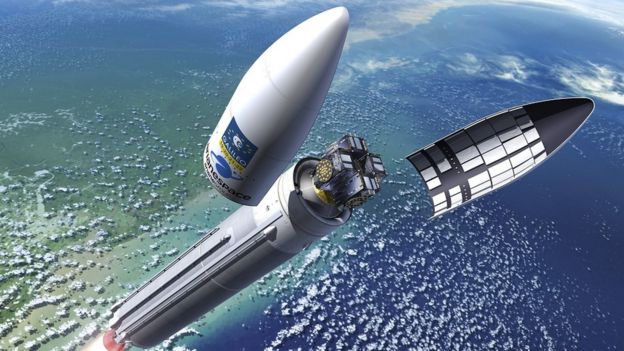 In 1999, the European Union embarked on a plan to put together its own network of satellites, called Galileo, so it was not reliant on the US, Russian and Chinese systems.

The first satellites were put into orbit in 2013 and it is planned to be fully operational in 2020 with 30 satellites orbiting earth.

UK companies have built components for Galileo and one of the project's two Galileo Security Monitoring Centres was based in the UK, in Swanwick. The site is now being relocated to Spain.

The government said there should be no noticeable impact for the public from withdrawing from the project, as devices that already use Galileo, such as smartphones, will carry on doing so.

It says UK industry has earned about 1.15bn (£1.02bn) from the project but, when the BBC asked if any more money would be given back, a spokesman said the project was "part of the withdrawal agreement" and the UK had reached "a fair financial settlement with the EU".

Re: Gyimah resigns as Science and Universities Minister over Brexit deal