Perfume that smells like semen inspired by AIDS epidemic

spaminator
#1 Jun 12th, 2019
Perfume that smells like semen inspired by AIDS epidemic
Postmedia News
Published:
June 11, 2019
Updated:
June 11, 2019 2:42 PM EDT
Arquiste perfume bottles on display at the luxury skincare and beauty products boutique Etiket in downtown Montreal on Tuesday, Sept. 24, 2013. Dario Ayala / Postmedia
The reason behind the creation of a strange semen-scented perfume has been revealed by its creator.
Etat Libre dOrange, the company selling the perfume, calls it Secretions Magnifiques and has notes of not just semen but also blood, sweat, and saliva. It costs $120 for a 50-millilitre bottle.
Etienne de Swardt, the perfume maker, claims his inspiration for the scent came from his younger years when he was worried about the HIV and AIDS epidemic of the 1980s, the Daily Mail reports.
In a VICE interview, de Swardt said the perfume is very connected to the 80s and to the viral risk. I thought about doing a perfume that would smell exactly like the situation, where, you dont know if youre going for it, or if youre protecting yourself from what you want. You are at the point between pornography and romanticism. You are lost between attraction and repulsion. It is a very dual perfume.
Secretions Magnifiques is described on Etat Libre dOranges website as true olfactory coitus. The company boasts the freshness effect is striking.
The marine effect, slightly salty, excites the taste buds and puts the water in the mouth, the description continues. Languages ​​and sexes are found, pleasure explodes, and everything changes.
U.K. nerve agent survivor says partner thought it was perfume
Two people infected with HIV after getting vampire facial at New Mexico spa
Reviews of the perfume were less rosy with one reviewer called the scent indescribably skanky, while another called it salty, the Daily Mail reported. One reviewer said she had to scrub herself with nail polish to get rid of the scent.
Etat Libre dOrange offers other notable scents, such as I am Trash, Fat Electrician, and Malaise of the 1970s. 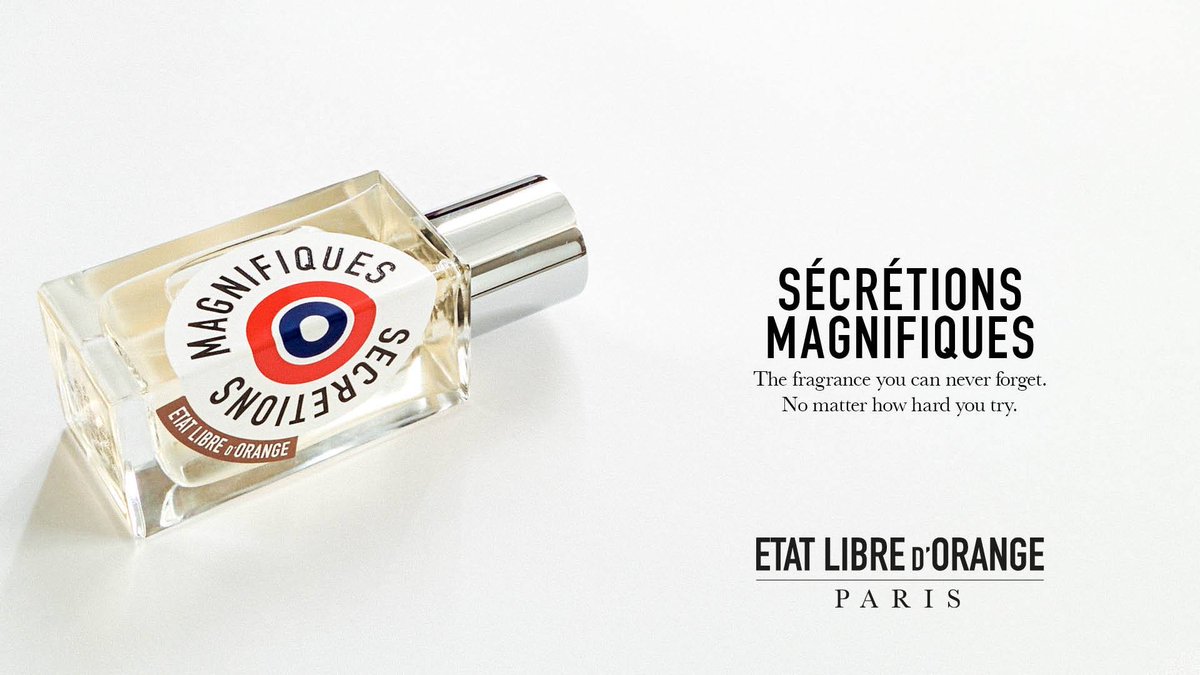