spaminator
#1 Sep 28th, 2019
Justin Trudeau promises to re-invest pipeline revenue into planting 2 billion trees
Canadian Press
Published:
September 27, 2019
Updated:
September 27, 2019 4:19 PM EDT
Federal Liberal Leader Justin Trudeau makes a point during a campaign stop at the Lake Laurentian Conservation Area in Sudbury, Ont. on Thursday, Sept. 26, 2019.John Lappa / Sudbury Star / Postmedia Network
MONTREAL  Justin Trudeau promised Friday that a re-elected Liberal government would use revenues from the Trans Mountain pipeline to pay for a $3-billion plan to use nature to combat climate change, which includes planting two billion trees over the next decade.
The promise is the latest plank in Trudeaus plan to protect the environment, which he unveiled in pieces at campaign stops over the past week while defending his governments controversial purchase of the pipeline.
The promise follows new research that suggests trees could play a huge role in reducing atmospheric carbon dioxide and only a few months after the federal government stepped in to save a tree-planting program from budget cuts in Ontario.
The Liberal leader made the pledge after meeting with 16-year-old Swedish environmental activist Greta Thunberg and before participating in a climate march in Montreal, one of several such marches across Canada on Friday.
Prime Minister Justin Trudeau greets Swedish climate change teen activist Greta Thunberg before a climate strike march in Montreal, on Friday, Sept. 27, 2019. Andrej Ivanov / Reuters
The environment has taken on a significant role in this election, with Trudeaus chances at re-election at least partly resting on his ability to convince progressive voters that his partys plan is better than those of the NDP and Greens.
Nature isnt just part of our identity as Canadians, its also a part of the solution to climate change and its a solution we can start using today, Trudeau said as his son Xavier and daughter Ella-Grace stood nearby with supporters and local Liberal candidates.
Trees are remarkable. They pull carbon out of the atmosphere. They are renewable and theyre sustainable and, eventually, they even recycle themselves. All we have to do is plant the first one.
While Trudeau did not lay out specific details, including exactly how much the tree-planting promise would cost, the Liberals say the promised trees are in addition to the roughly 600 million that are already planted across Canada each year.
Nature is a big part of our identity as Canadians. And its also a part of the solution to climate change. So were going to use the power of nature by planting 2 billion trees over the next 10 years  thats 53 trees for every Canadian. #ClimateAction #ChooseForward pic.twitter.com/xb2dRJ7mhW
 Justin Trudeau (@JustinTrudeau) September 27, 2019
That includes trees being planted through an Ontario program that the federal Liberal government saved when its funding was cut by Premier Doug Fords government in April. The Liberals promised $15 million over four years to keep it going.
The role of trees in fighting climate change has been generally understood for some time. But a landmark study by Swiss researchers in June suggested planting trees could be the most effective and cost-efficient way to fight climate change because of their ability to capture and store carbon dioxide, particularly when they are young and growing.
The study, published in the journal Science, also found there is enough space worldwide to plant one trillion trees without affecting existing cities or farmland, and listed Canada among six nations with the space to handle a large share of such efforts.
Some communities have picked up on the importance of planting trees by issuing challenges, including one in Winnipeg where Mayor Brian Bowman called on residents to plant a million trees over the next 20 years.
Victoria last week promised to plant 5,000 trees by the end of 2020 as part of a United Nations challenge.
In addition to the promised trees, Trudeau said the overall $3-billion investment  which the Liberals say will start to roll out in 2020-21 and be offset by forthcoming revenues from the Trans Mountain pipeline  will be used to expand and diversify urban forests.
Funds will also be allocated to work to prevent infestations, such as the emerald ash borer, from devastating Canadas forests and regenerating tree cover in areas damaged by wildfires and other natural disasters.
The Liberal government bought the pipeline from Kinder Morgan last year for $4.5 billion following concerns over whether an expansion of the pipeline would move ahead. The Crown corporation running the pipeline reported revenues of $138 million last year.
The tree-planting plan alone will create around 3,500 seasonal jobs, Trudeau added, before taking aim at federal Conservative Leader Andrew Scheer and Ford, who has become a popular target for the Liberal leader during this election campaign.
Doug Ford tried to axe tree-planting in Ontario, a shortsighted decision not just for our environment, but for the hundreds of seasonal jobs that it puts at risk, Trudeau said.
Our government put up $15 million to keep that program going because we cant play politics with our kids future.
The Liberal leader also attacked Scheer for being the only major-party leader not to participate in a climate march on Friday and accused the Conservatives of refusing to understand, let alone participate, in the great fight of our time.
Yet even as he sought to bolster his environmental credentials and attack those of the Conservatives, Trudeau faced criticism over his own record.
Trees wont hide the pipeline you bought, NDP Leader Jagmeet Singh tweeted in reference to the Liberal governments decision to purchase the Trans Mountain pipeline, which has been a major source of anger for environmentalists.
Trees wont hide the pipeline you bought. https://t.co/BHwC3dJQsX
 Jagmeet Singh (@theJagmeetSingh) September 27, 2019
Thunberg also told reporters after meeting Trudeau that while she tries not to focus so much on individuals, she had told the Liberal leader he was obviously not doing enough  an assessment Trudeau said he agreed with.
I agree with her entirely. We need to do more, he said. And thats why the ambitious plans weve laid out all week that have been criticized by some as too ambitious, are not too ambitious  are necessary. 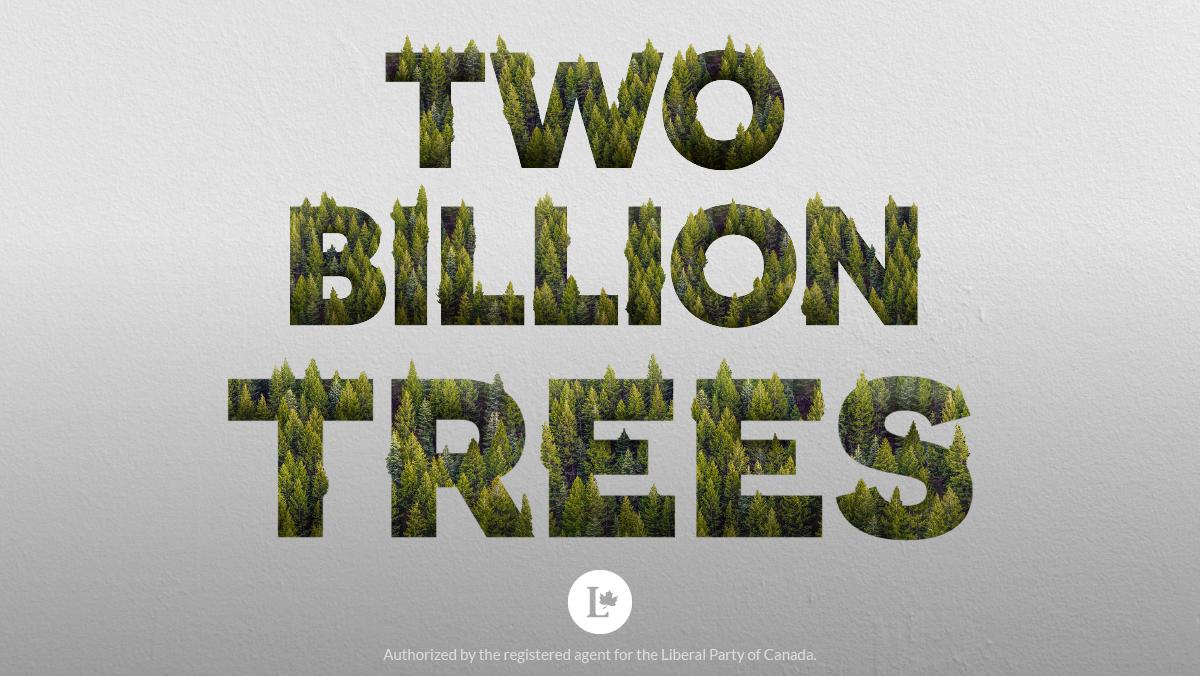 Sep 29th, 2019
But I thought that Justin bought Trans Mountain with the Canadian Taxpayers money after setting things up so that there where too many hurtles for an oil company to bother even trying to continue to try & get it built, and then promised to sell it to a whole pile of First Nations groups with little to no money down already....and then also stated that he'd take the funds from the sale of the pipeline to make oil irrelevant and cripple a significant portion of the Canadian economic engine....(?)....and now he's going to use the profits from this pipeline that doesn't actually exist to plant billions of trees to appease the handlers of a 16yr old autistic Swedish girl as virtue signalling to try to buy votes from...(?)...people who haven't actually followed the succession of shenanigans and bullshit over the last four years....leading up to a national election in the next seven weeks or so? Does that sort of bring us up to date on this goat rodeo? This is revolving around a currently fictional pipeline that may never get built due to the hurtles imposed by the current Liberal Gov't in their divide & conquer National strategy to split Canada into squabbling factions (which has worked by the way).

So......Justin screwed over the oil companies and in turn much of Western Canada to appease the Green vote, then screwed the Green vote over by buying a dead pipeline on the day that the last nail was driven into the lid of it's coffin, then promised it to a bunch of First nations Groups to appease them after throwing Raybould Wilson under the bus (because she was to Ethical to be a Trudeau Liberal) to try to repurchase their vote while leaving the Feminist vote screwed over after this and the Kokanee Grope & the boob to elbow in Parliament brawl and so on...and now he's tossing the rest of the Indigenous voters aside (after the whole Brown/Black Face fiasco showed a real face to viable minorities) to appease the Green vote again that he's already screwed over hoping the fear mongering over the Climate will override their disgust and praying for short memories and the $600Million in tax dollars to select media outfits that "think the correct way" on top of the annual CBC taxpayer funding to influence your source of information.....and there's only 7 weeks left alienate the LGBTQ & Quebecois minorities but I have faith that he can do that.

This is all as an aside to the SNC Lavalin scandal and the Admiral Mark Norman scandal to show that the Liberal Party in general and Trudeau specially see themselves as above the rest of us petty mortals who still try to respect the rule of law in our nation....and speaking of which....brings up the whole Omar Khadr terrorist pay-out timed and sheltered so as to screw over the widow of the soldier killed in the firefight that lead to Omar's capture after our largest National trading partner patched him up and saved his life...and that leads to our international diplomatic situation and current standing with China & India (the two most populous countries on the whole friggin planet). Is this about where we're at now?

Does anyone seriously want to see what the Trudeau Liberals can do with a second term to make us look back at these previous four years as just the beginning before the real fecal matter impacts the rotary device with these sanctimoniously entitled freaks if they see their behavior in their first term as being justified by being reelected for a second one?

Does anyone seriously want to see what the Trudeau Liberals can do with a second term to make us look back at these previous four years as just the beginning before the real fecal matter impacts the rotary device with these sanctimoniously entitled freaks if they see their behavior in their first term as being justified by being reelected for a second one?

Liberals/conservatives - they are all sanctimonious. Liberals were voted in because people were fed up with helmet head. Now people want to vote in his protege and expect change. Give yer heads a shake. Reminds me of Tommy Douglas' story of the mice voting in the cats to rule over them. Insanity is repeating the same shit and expecting a different result.