spaminator
#1 Dec 27th, 2019
'Ring of fire' eclipse enthralls skywatchers in Middle East, Asia
Reuters
Published:
December 26, 2019
Updated:
December 26, 2019 6:16 PM EST
This composite image shows the moon as it moves in front of the sun in a rare "ring of fire" solar eclipse as seen from Tanjung Piai in Malaysia, Thursday, Dec. 26, 2019.Sadiq Asyraf / AFP via Getty Images
SINGAPORE  Thousands of skywatchers gathered across parts of the Middle East and Asia on Thursday to glimpse the sun forming a ring of fire around the moon in a rare annular solar eclipse.
An annular eclipse occurs when the moon covers the suns centre but leaves its outer edges visible to form a ring.
Thursdays was visible in Saudi Arabia as well as Singapore, India, Sri Lanka and Indonesia.
This will be the first of only two annular eclipses visible from Singapore for the rest of the century. So in that sense, its a very rare event for us, said Albert Ho, president of the Astronomical Society of Singapore. The islands next will be in 2063.
In most years, two solar eclipses are visible from somewhere on Earth. The maximum number is five.
Egg-standing test goes viral as ring-of-fire eclipse crosses Asia 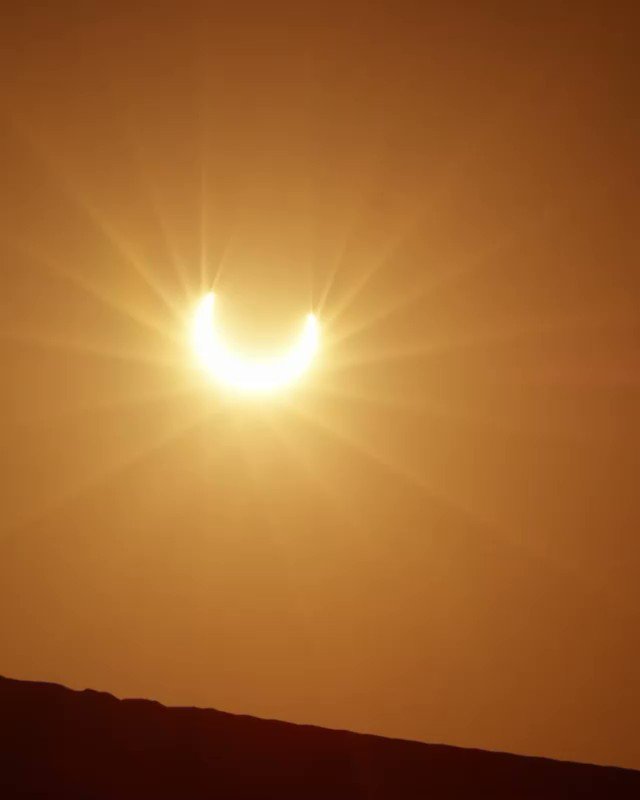