2019 Rugby World Cup about to start

The South Africans lost that one, though.

... and then they became independent and gave the British the bum-titty.

... and then they became independent

No, they didn't. They are ruled by South Africans.

South Africa have never conceded a try in a Rugby World Cup final.

This was England's fourth World Cup final - more than South Africa - but have only won one (against Australia in Sydney in 2003). Only France have a worse World Cup final record - played 3, lost 3.

South Africa's 20-point victory is the joint second biggest in a final, after Australia's 23-point win against France in 1999. New Zealand also won by 20 points in 1987.

Since 1995, South Africa have won every third World Cup. If that pattern continues, they'll next win it in 2031

Well, you should be used to it by now. 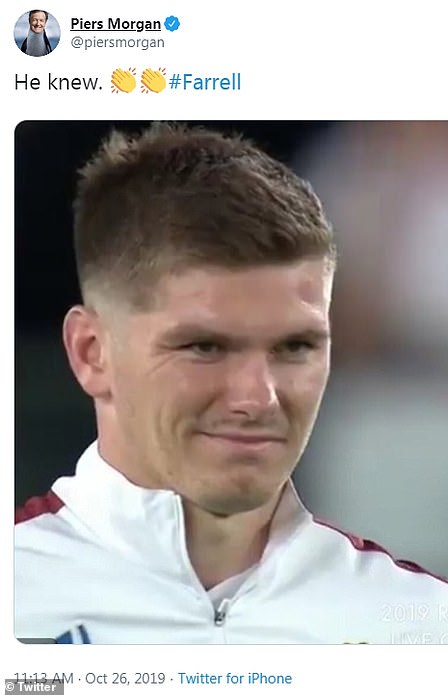 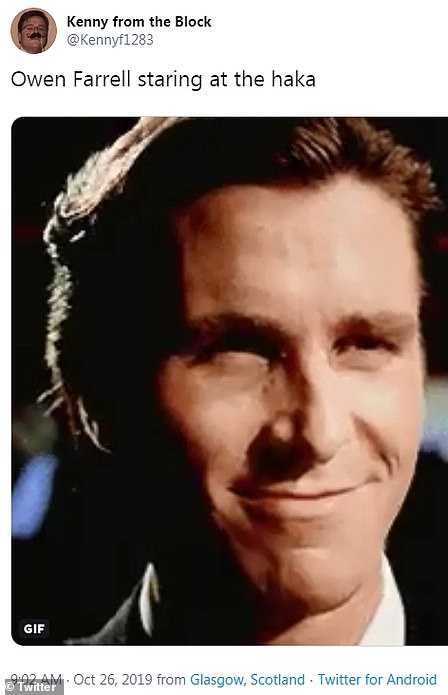 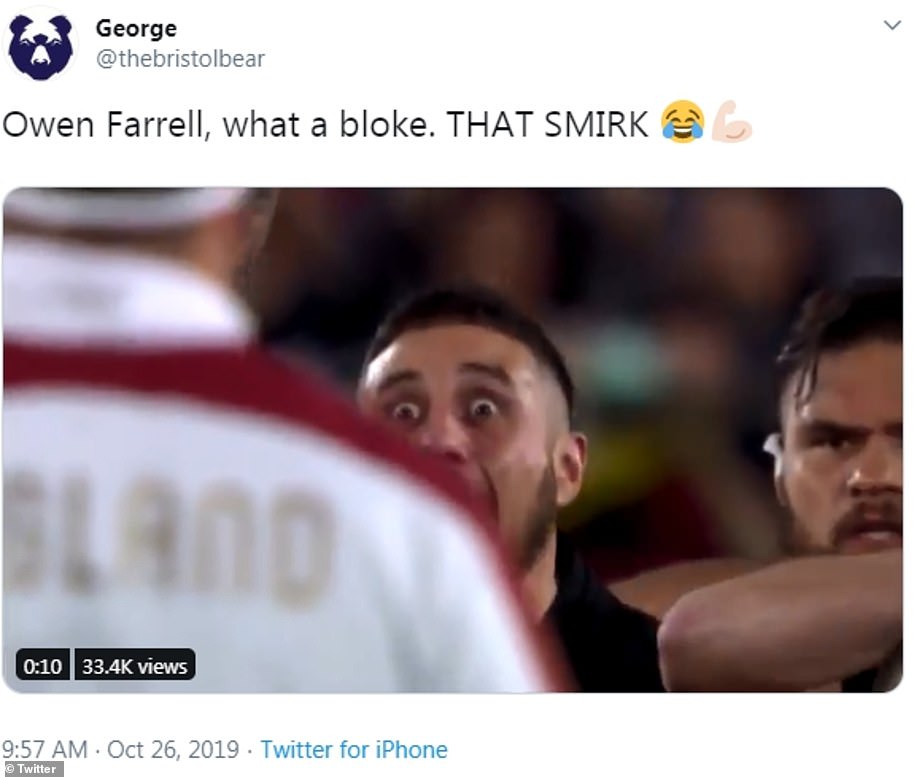 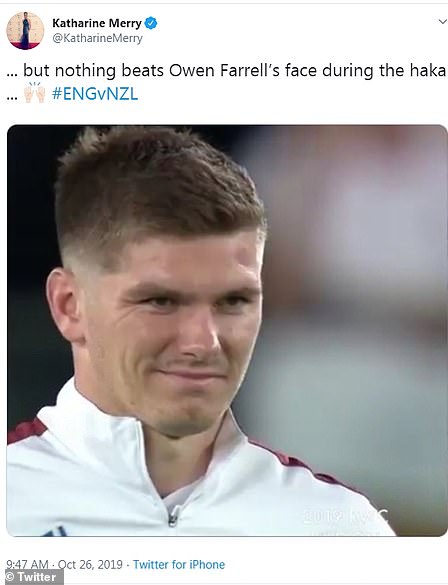 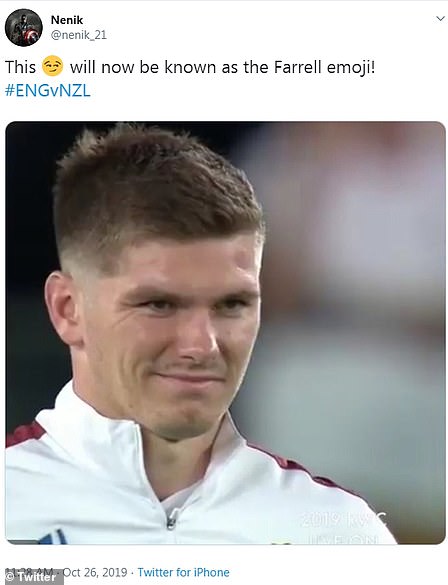 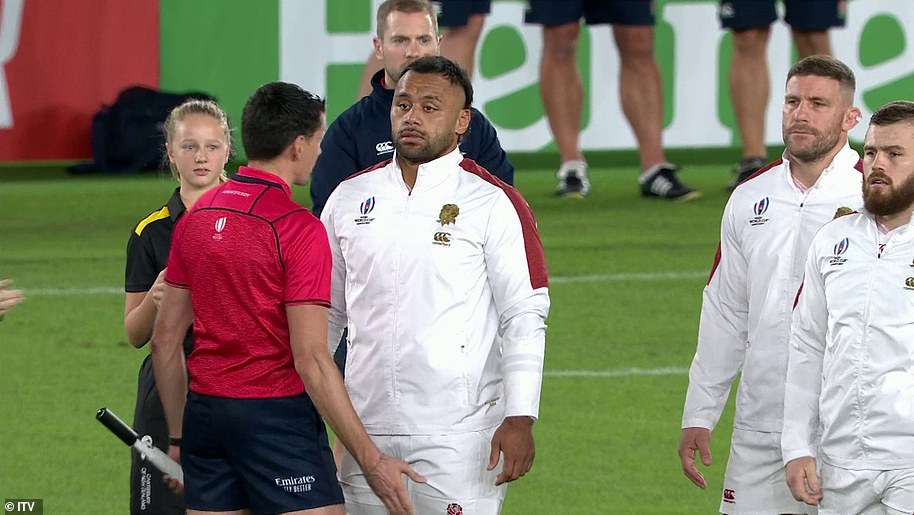 Defiant: Billy Vunipola is told to step further away from New Zealand's haka ahead of the match

Aint it funny, how the world goes round, first your up then your down.
Ya cant dream this stuff up.
4 more years.

Fell short, eh?
Well, you should be used to it by now.

We won the Cricket World Cup this year, remember.

And at least the Springboks beat us fair and square this time, unlike in the 2007 final.

Kicked the living crap out of you is more like ...

Kicked the living crap out of you is more like ...

Oh well. England kicked the living crap put of every other team they played. 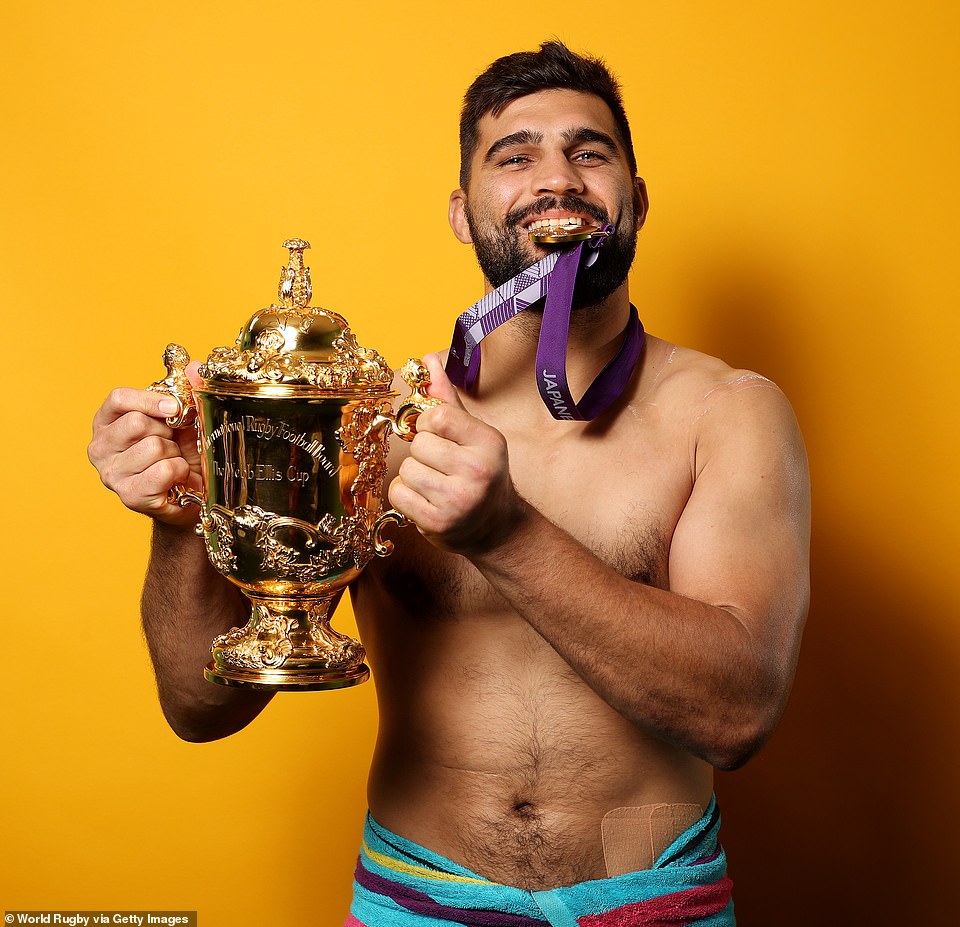 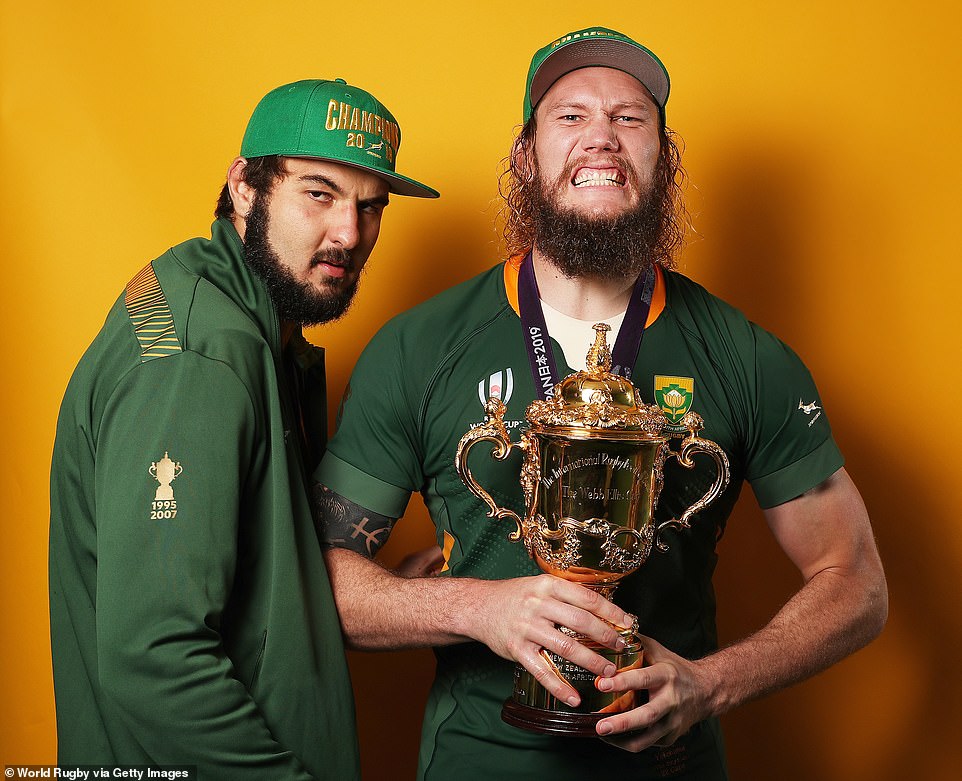 Lodewyk de Jager and RG Snyman (right) of South Africa with the cup after their spectacular win in Yokohama, Japan 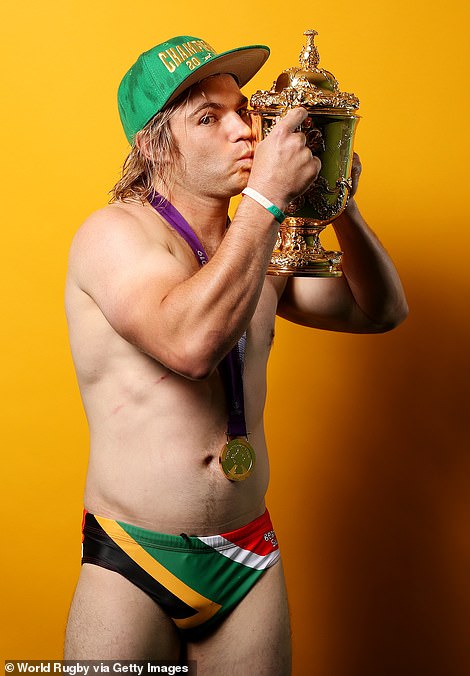 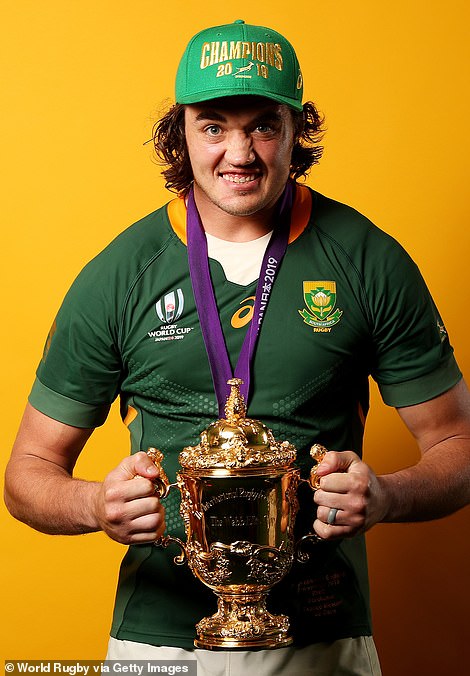 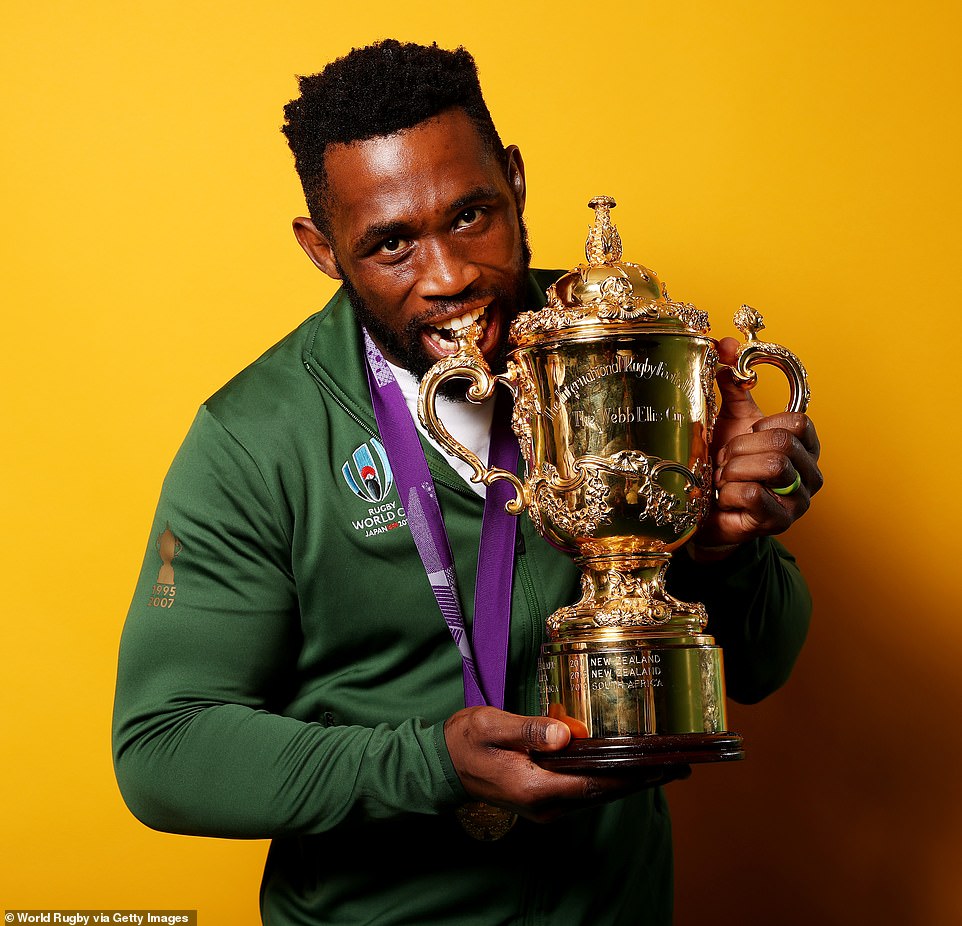 I found I spent most of the second half of the Rugby World Cup final thinking about an acquaintance. I had lunch with him last week. Three children in and 36 years old, hed recently acceded to his wifes request to have a vasectomy. As a reward  a kind of final hurrah for his hitherto unsullied vas deferens  at the last minute hed decided, hang the expense, to fly to Tokyo to watch the match live. An ardent England fan, I dont think it had really occurred to him  as it hadnt to me  that England might lose. After the glory of Yokohama, where Eddie Jones boys mullered the fearsome All Blacks, spirited England were surely nailed on to thrash the Springboks and their negative style of rugby. On my acquaintances behalf, I hoped the game would be at least competitive. Nobody wants to travel to a sporting event 6,000 miles away only to witness a dull, one-sided affair. Please, South Africa, I thought, at least make a game of it.

Losing World Cup final matches is enormously depressing, especially when victory seemed assured. The sinking feeling becomes increasingly vertiginous  incrementally at first, and then horribly, nausea-inducingly rapidly. For the build up, I lay somewhat hungover on my sofa clasping a mug of tea, and found myself near tearfully proud of the way our patriotic lads with their amazing haircuts threw themselves into a lusty rendition of God Save the Queen. Simultaneously, I also wondered how Prince Harry got himself to Japan. Perhaps he sailed. (The tabloids, lately so reliable with these kinds of details, seemed uncharacteristically circumspect on the issue.) But, unquestionably, my spirits were high.

Then the match began and quickly it became apparent England had forgotten, if not how to play rugby, then certainly how to throw and catch. Ten minutes in, the commentator announced Englands World Cup final hasnt started yet and he was right. The men in white seemed sportingly to want to give the opposition a head start. The same certainly couldnt be said for South Africa, whose magnificently irritating scrum half, Faf de Klerk, epitomised their readiness to play. He was everywhere  spraying passes as if on the training pitch and tossing his shoulder length peroxide locks about annoyingly in the breeze.

England werent going to lose this, were they? Surely not after Boris Johnson had taken to social media to post disarmingly charming videos of himself boyishly willing the team to victory. Come on lads, dig deep! 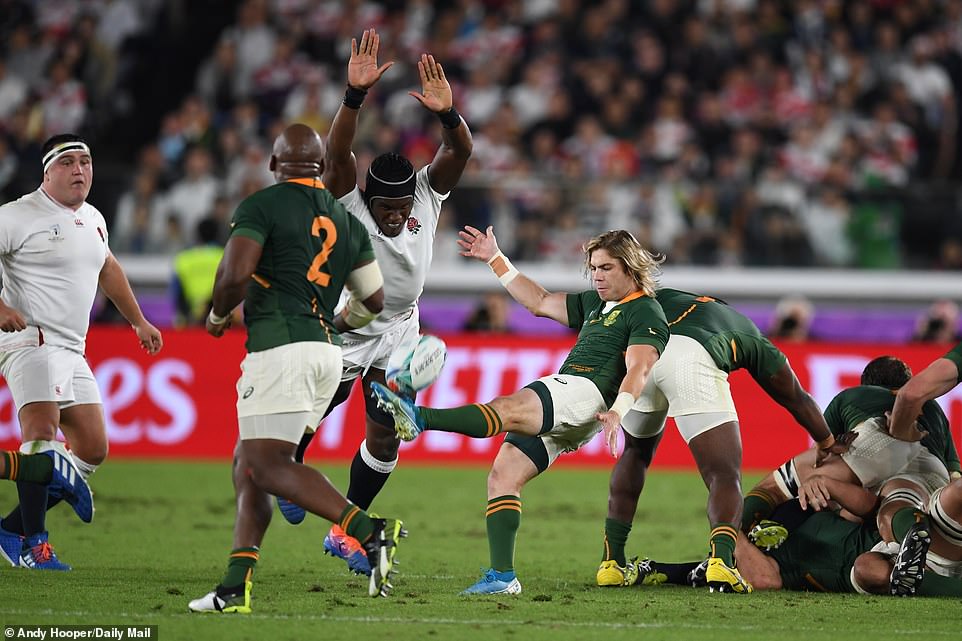 South Africa murdered us in the scrum. On around the half-hour point they defended heroically against an English twenty five-phase blitzkrieg  our only really threatening moment of the match. After that, they began murdering us in the backs. Their game plan was superior to ours. That they would win became depressingly more apparent, seemingly with every blow of the whistle. Players who had performed so fantastically against New Zealand  for example the improbably handsome Maro Itoje, and the Vunipola brothers  were made to seem anonymous. Even Owen Farrell, whose triangular-shaped head I had grown over the course of the tournament to love, seemed largely ineffective. This must be how the Kiwi fans felt last Saturday. Confused and deflated.

By the end of the match I was being told off by my four-year old daughter  we dont say that, daddy  for wishing ill on the South African penalty kicker as he shaped to put it once again through our posts and quietly rolling my eyes at my wifes reaction  oh. my. God.  to unexpected footage of a tight head prop, one nostril at a time, clearing the contents of his nose onto the pitch.

The last Rugby World Cup, where we endured the humiliation of being ejected from a tournament we were hosting by mortal rivals Australia in the pool stage, was more painful, certainly, than this one has been for England fans. Going out early hurts. But so, too, does getting so close to the trophy and then blowing it.

In 2003, when the golden Jonny Wilkinson drop kicked us to undying, last-minute glory, the country erupted in joy and drank itself to stupor. Thats not to be this time. Instead we turn the television off with a muttered bugger and get back to the realities of a wet and blustery November weekend.

Nov 3rd, 2019
What do you call an Englishman holding the World Rugby Cup?

What do you call an Englishman holding the World Rugby Cup?
Engraver. Always good to see Engerland come in first. Cuz ya know what they say. . . "Second place is first loser."

How did USA get on?

Oh yeah. They were twatted 45-7 by England and finished bottom of Pool C after that losing all four of their games, scoring only 52 points.

How did USA get on?
Oh yeah. They were twatted 45-7 by England and finished bottom of Pool C after that losing all four of their games, scoring only 52 points.

I'd explain, but you're stupid, so what's the point?