Spanish clothes giant Zara has removed a striped baby shirt with a sewn-on badge identical to the Star of David, after shoppers were outraged by its similarities to a Nazi death camp uniform.

“The item in question, part of the Cowboy Collection for babies, was inspired by the character of the sheriff in Wild West movies,” said a statement from the fashion label after the controversy erupted within hours of the shirt going on sale.

This is not how shoppers saw it.

In its color and placement, the “sheriff’s badge” – the word Sheriff barely visible in the negative space embroidering – is a one-for-one copy of the Star of David, the religious symbol of Judaism that Jews in Nazi Germany had to wear to mark them as second-class citizens. This was supplemented with a striped design, echoing the patterns on the robes worn by imprisoned Jews in SS death camps. The accusation of insensitivity would have been easier to fend off if anyone across the internet actually managed to remember a Wild West movie where any of the characters were dressed like inmates from Auschwitz. 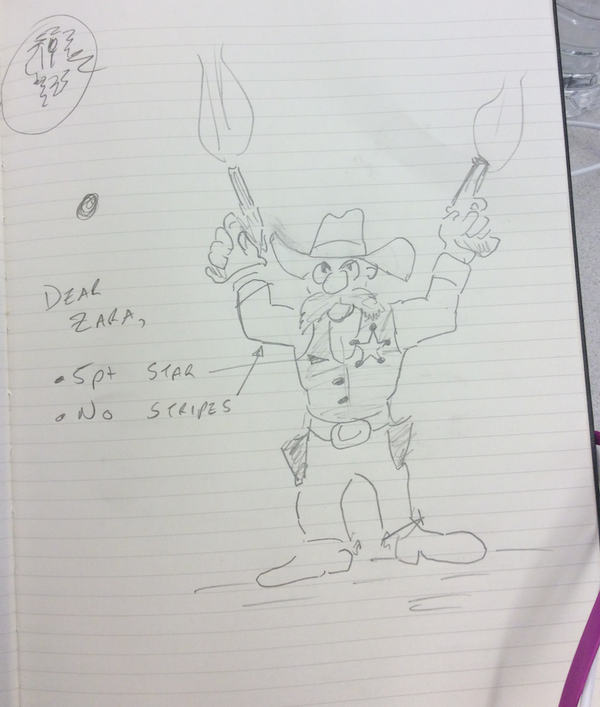 The company, which operates over 2,000 stores in 88 countries, apologized in all of its main customer languages, with the Israeli office going as far as saying that they will “exterminate” the pyjamas, creating another mini-controversy in the process.

The fallout, magnified by Twitter and the media, is reminiscent of a similar incident two years ago, when online retailer Urban Outfitters was forced to remove a yellow T-shirt with a grey Star of David. This is also not the first time Zara, whose parent company Inditex had revenues of €16 billion last year has found itself in hot water in recent weeks. Its ostensibly playful “White is the new black” T-shirt had to also be withdrawn after public complaints about potential racism.