Blackleaf
#1 Dec 2nd, 2009
There was relief for Fabio Capello today as it was revealed that Fifa HAVE seeded England for the 2010 World Cup.

It wasn't made clear until today what system Fifa would use to decide which of the four pots for the World Cup draw each team will be placed in (except South Africa who will automatically be seeded as they are the hosts).

The decision could either have been based on each team's record over the past two World Cup tournaments (including the qualifiers, but NOT the play-offs), or be decided on Fifa's world rankings as at October of this year.

So England, who are ranked 9th in the world,would not have been seeded as that would only have happened to South Africa and the top 7 ranked teams in the world if seeding were based on world ranking.

But Fifa today announced that the seeding would be decided on each team's record over the past two World Cup tournaments. England qualified for 2010 with ease, whereas France and Portugal both struggled and both only qualifying through the play-offs (though France did so by Thierry Henry's "Hand of Frog" against Republic of Ireland).

For the World Cup draw there are four pots, each consisting of eight teams. The seeded teams are all in Pot 1 and these are South Africa (as hosts), Brazil, Spain, England, Argentina, Netherlands, Italy and Germany.

The 32 teams will be put into eight groups of four teams. One team from each pot will be in each group, so no teams from the same pot can be drawn against each other. But England could still face either France or Portugal. Portugal knocked England out of Euro2004 and in the 2006 World Cup, where Cristiano Ronaldo was spotted slighly winking at Portugal's bench after getting England's Wayne Rooney - who was then Ronaldo's Manchester United team mate - wrongly sent off for a foul.

The French are also probably thinking that there has been an anti-French bias in the decision over the seedings, following their controversial qualification for the tournament.

The draw takes place in Cape Town on Friday.

England seeded for World Cup ahead of France & Portugal 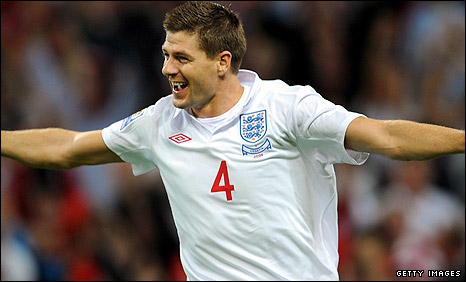 Fifa has confirmed England will be one of eight seeded teams when the World Cup draw takes place this week.

They will thus avoid favourites Spain and Brazil, who are two of the other seeded sides, in the group stage.

The 32 qualifiers will be assembled into eight groups on Friday in Cape Town when the draw is made from 1745 GMT for next summer's tournament.

England are ranked only ninth in the Fifa world rankings but the impressive qualification campaign by Fabio Capello's squad has reaped rewards.

Portugal, currently ranked fifth, and France, who are seventh, had problems making the big tournament in South Africa and have thus missed out on the seedings, which reflect October's positions in the official table rather than those from November - the month in which the play-offs took place.

France, who controversially qualified in a play-off against the Republic of Ireland following a Thierry Henry handball in the build-up to the decisive goal in a 2-1 aggregate victory, won the tournament in 1998 and were beaten finalists last time in Germany.

Pots for Friday's draw: eight groups of four countries to be drawn, each group containing one country from each pot.

Meanwhile, Fifa has written to the Argentina Football Federation to make sure coach Diego Maradona stays away from the draw.

Fifa says Maradona's two-month suspension for an expletive-filled rant at a news conference extends beyond matches and also includes such activities as the draw. 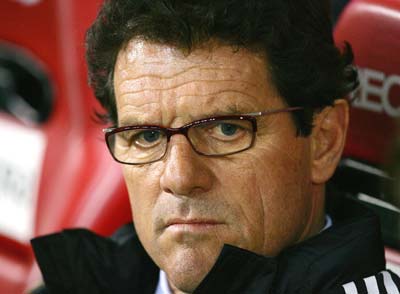 The eight seeds will all be in pot one, with the remaining three pots drawn on regional boundaries.

Each seeded nation will face one team in pot two - a side from Asia, north or central America, or Oceania - one from pot three, which has five African and three South American sides, and one from the exclusively European pot four.

A worst-case scenario on Friday would result in Capello's side taking on France, Ivory Coast and the United States, while a far easier proposition on paper would have England facing Slovenia, Algeria and New Zealand.

Fifa said in a statement: "Hosts South Africa will be automatically positioned as A1, the other seeded teams will be drawn into the other groups B-H but will always be in position '1' of their group.

"Geographical criteria will also be respected, meaning that no two teams from the same confederation will be drawn in the same group (except European teams, where a maximum of two will be in a group).

"For example, South Africa cannot play the African teams from pot three and Argentina and Brazil cannot be drawn against the three remaining South American teams."

FIFA general secretary Jerome Valcke said there was no agenda against France as a result of the play-off controversy over their game against the Republic. 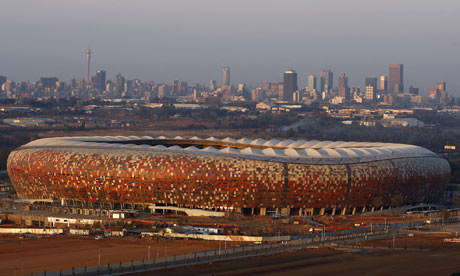 Valcke said: "In the past the seedings have been determined by a mixture of world rankings and performances in past World Cups but this time the feeling was the October rankings most closely represented the best teams in the tournament."

Had the November rankings been used then England would have missed out and France been seeded.

Valcke added: "We made the decision last month that the October rankings would be used because they were fairer - countries who had been involved in the play-offs would have had an unfair advantages because they would have played more games and that affects their rankings.

"This is not a case of wanting Holland to be seeded in France, just that the feeling was the October seedings represented the best teams."

The tournament is set to take place from June 11 to July 11 and Friday's draw will be made in a 90-minute television spectacular, which will be shown in the UK on BBC Two.

As with every World Cup since 1998, teams must finish in the top two in their group to qualify for the knockout phase.