That means England are the only team to have gone unbeaten so far in the tournament.

England gave the West Indies a target of 237 to win in this one innings a match tournament, but England bowled them out for a paltry 90.

England will now play New Zealand in the World Cup Final and the Kiwis beat Pakistan. This article was written before England's Final opponents were known. 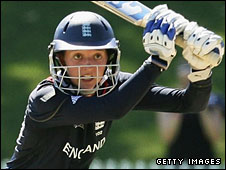 England thrashed West Indies by 146 runs to book their place in the Women's World Cup final - with one game of the Super Six phase still to be played.

Their opponents will be decided on Thursday - with New Zealand in pole position ahead of Australia and India.

In reply, the Windies were skittled for 90 as spinner Laura Marsh took 3-17.

It is the first time England have qualified for a World Cup final since they won the trophy in 1993 - while the victory extended their unbeaten one-day international run to 17 matches.

England might have hoped for an even bigger total before losing both their openers within four deliveries as four wickets fell for 11 runs.


But although no-one below the top three reached double figures, Claire Taylor - playing her 107th one-day international - farmed the strike successfully to smash six fours and two sixes, making 65 from 56 balls before being trapped lbw by Pamela Lavine in the final over.

The Windies, who have won only one of their five games at the tournament, used nine bowlers as they tried to restrict England's scoring.

Left-arm seamer Shanel Daley was the pick of the attack with 3-31, although she was unable to bat because of injury.

The West Indies lost captain Merissa Aguilleira for a duck when she was run out by wicketkeeper Sarah Taylor in the fifth over.

Wickets tumbled at regular intervals as England kept an iron grip on the game, with seamer Katherine Brunt conceding only seven runs from her six overs, while captain Charlotte Edwards sent down 10 overs of leg-spin for only 12 runs.

As in the England innings, only three players reached double figures - and it was down to teenager Deandra Dottin (23), who hit a six, to give the score a modicum of respectability.

But it was Marsh who claimed three of the last four wickets to fall as Edwards' team marched on to Sunday's final.

Edwards said: "We're now closer to our goal than we have ever been.

"We've still only done half a job though and we need to keep focused to finish it off on Sunday.

"I'm delighted for all the players - it has been years of hard work and I hope it will be memorable!"

"We're definitely excited to have got this far - but it's not over yet," insisted coach Mark Lane. 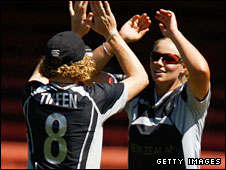 New Zealand are close to securing their place in the final

"Credit must go to everyone who has put all the hard work in. There is still so much more to do though.

"We've made the final but not won it. We still need a big performance on Sunday which no doubt we can produce."

Sports Minister Gerry Sutcliffe said: "England's women have been the team to beat since the 2009 World Cup began - but they have out-scored and out-bowled all their rivals so far.

"Charlotte Edwards and her team-mates deserve huge credit for reaching the final with this latest win against the West Indies - so maintaining their unblemished record.

"Whoever they play in Sunday's final I know they will give another 100% performance to try and bring the Women's World Cup to England for the first time since 1993."

In Tuesday's other game, New Zealand edged to a five-wicket win over India to leave themselves on target to reach the final.

Having bowled India out for 207, the White Ferns reached their target with 14 balls to spare.

Opener Kate Pulford top-scored with 71, while Suzie Bates saw her side home with 47 not out.

New Zealand, who won the Cup in 2000, know that a win over Pakistan in their final Super Six game on Thursday will guarantee them a place in the final with England.

But defeat for the Kiwis could let in Australia or India - if either manage to beat England or West Indies respectively. Australia kept their hopes alive on Monday by defeating Pakistan by 107 runs, despite resting captain Karen Rolton. 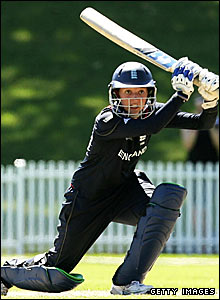 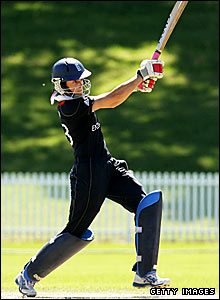 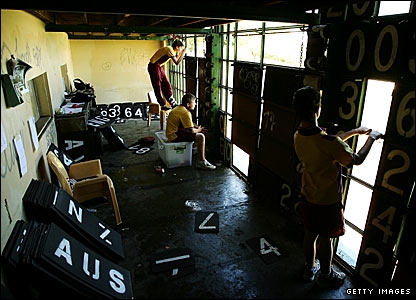 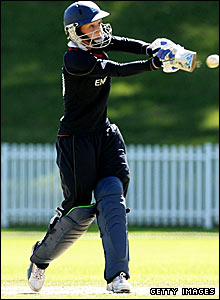 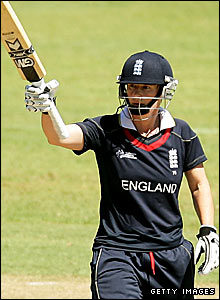 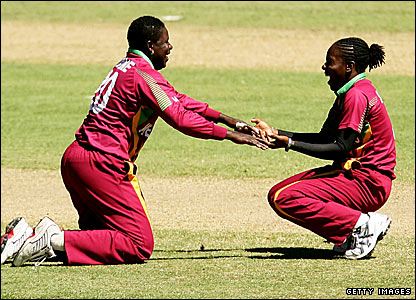 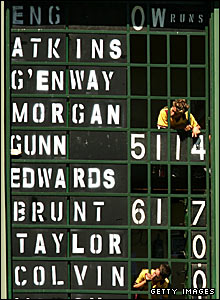 Despite the flurry of wickets, England still have a useful total on the board with which to defend 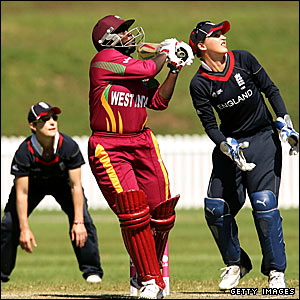 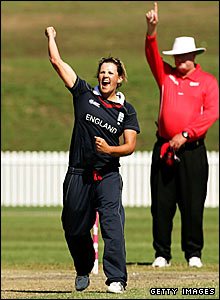 Nicola Shaw celebrates the wicket of teenage top-scorer Deandra Dottin, who is dismissed for 23 which features three fours and a six 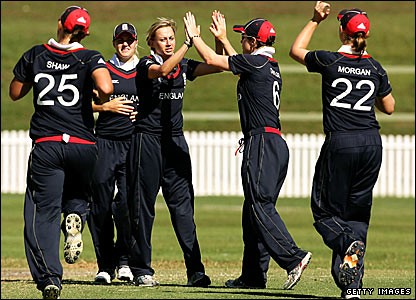 Laura Marsh claims 3-17 as England soon wrap up the Windies innings, which ends on 90-9 with Shanel Daley unable to bat