Blackleaf
#1 Aug 30th, 2019
Since good old Boris has come to power, the undemocratic Remainers are acting like Herbert Lom!

POLITICS has gone all Herbert Lom.

You surely remember the great actor Lom. In the Pink Panther films his character, Chief Inspector Dreyfus, succumbed to an awful eye twitch whenever Peter Sellers’ Clouseau had another unlikely triumph. 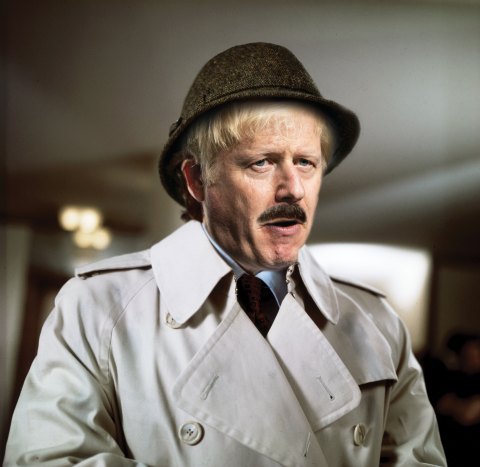 Boris Johnson has succeeded against the odds - just like Inspector Clouseau

In one episode Dreyfus shot his nose off with what he thought was his novelty cigarette lighter but was in fact a loaded revolver. All because Clouseau had again succeeded against the odds.

Recent days have seen something similar happen to our Remainer elite. With increasing agitation they have watched new Prime Minister Boris Johnson make the weather over Brexit. All their best-laid ruses to scupper Boris (whom they mocked as a bungler) have come to nowt.

Finally it has done their heads in. BANG! goes the cigarette lighter.

That dastardly devil Johnson actually intends to obey the biggest democratic decision ever taken by the British people? How “anti-democratic” of him! Mad logic, yes. But it basically encapsulates the Remainers’ position.

Jeremy Corbyn, Dominic Grieve MP, lawyer-millionaire Gina Miller and that incontinent, foul-mouthed, loose-trousered fool Hugh Grant: All have “gone Lom” over Boris’s plan to have a Queen’s Speech before the end of October.

This prorogation of Parliament, as it is called, will shave maybe four days off the Westminster schedule — diddums — but it will give the Johnson government a chance to announce policies for our first months as a newly independent nation.

That’s not the behaviour of a “tinpot dictator”, as Scotland’s First Minister Nicola Sturgeon claimed. The opposite. It’s the action of a Prime Minister laying his plans before Parliament, a PM with a sense of purpose and pazazz. And we haven’t had one of those for a while.

And Boris’s manoeuvre, which he certainly concealed shrewdly from his enemies, will smoke out their own anti-democratic tendencies.

If the likes of Grieve, tongue-chewer Anna Soubry and punctured bagpipe Jo Swinson of the Lib Dems pull the plug on Brexit at this crucial stage, they will not be able to hide behind fancy legalistic arguments. Their raw aversion to the public’s choice of Leave will be as plain as Nanny McPhee’s chin wart.

Remainerdom’s scented snoots thought they had seen off the biggest public vote ever held in Britain.

They thought the uppity, Leave-voting hordes had been stopped at their drawing-room doors. Now they see that their cockiness was misplaced, for Brexit is very much on the horizon. About bloody time, too. We should have left on March 29 and now we finally have a Prime Minister who is determined we will escape the European empire on October 31.

Working-class Labour voters will spot this as clearly as lifelong Tories and those who have warmed to Nigel Farage’s buccaneering Brexit party. 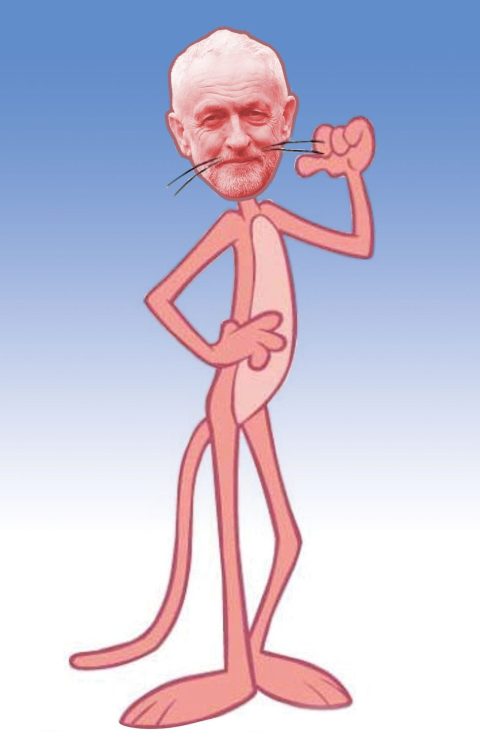 It’s hard to see many Leave voters falling next time for the claim that Labour will ever “respect” Brexit.

At last the penny — or pfennig, as the Germans would have said before Brussels federalists invented the euro — is dropping.

There is only one democratic outrage here and it is the cunning, previously subtle plot to stop Brexit.

Now the Remainers are running out of cover. They’re down to their fraying smalls.

Hence the panic this week by anti-Brexit fanatics. Their bizarre over-reaction was so over-the-top, it was comical.

On Wednesday afternoon even the BBC News channel’s presenter, Simon McCoy, started to sound incredulous at their hyperbole.

When the notoriously anti-Brexit Beeb starts mocking Remainers, you know the pro-EU lot are in trouble.

That intellectual titan Diane Abbott, Shadow Home Secretary and Corbyn’s sometime honey-bun, accused Boris of a “coup”. She made him sound like some sort of Kalashnikov-toting, Latin American communist. Hey, Diane, we thought you liked such hombres!

Other pro-Brussels voices threatened the Queen with republican abolition, simply because the Monarch did her duty in acceding to her Prime Minister’s request for prorogation.

The Green party called for the population to take to the streets and Corbynist agitator Owen Jones demanded that the proletariat immediately rush to the gates of Westminster.

Barely a handful did and they included a trio who sat down for a chi-chi picnic of grapes, hummus and white wine. The Million Man March, this weren’t. The Thursday fish van at Ross-on-Wye market-place attracts bigger crowds.

Commons Speaker John Bercow, who has long disgraced his high office with his tantrums and bias, was on holiday abroad when he heard of Boris’s plan.

He was soon screaming from his sunlounger that Boris was guilty of a “constitutional outrage”. Bercow went so tonto, he probably squirted sun cream all over his face from clenching the Ambre Solaire bottle too tightly.

His accusation of constitutional jiggery-pokery rang hollow from a pipsqueak who has bent Parliamentary customs out of shape in his determination to screw Brexiteers.

The more Bercow and his ilk over-exaggerate their claims, the less they will be believed.

Meanwhile, children’s author Philip Pullman hinted that he wanted to hang Boris Johnson from a lamp-post. Lynch mobs? Charming. And we had a marvellously dotty, F-word flecked howl of Remainer-luvvyish despair from ageing actor Grant, a man better known for his knee-trembling exploits than for any political insights.

It was F this and F that and Boris was an overgrown bath toy, etc. Hugh, darling, too much! Perhaps he can play Chief Inspector Dreyfus when they do the next Pink Panther remake. He wouldn’t have to pretend when it came to the deranged twitch. 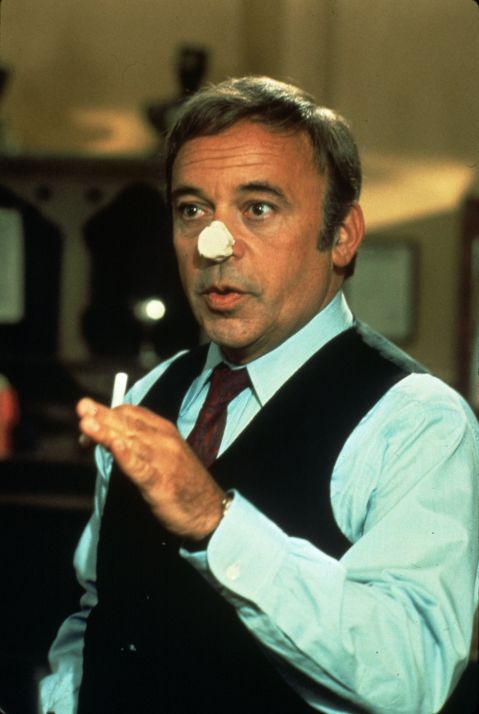 Lom with shot nose - all because Clouseau had again succeeded against the odds
https://www.thesun.co.uk/news/982575...urpose-pazazz/