Sep 6th, 2019
Which genocide Cliffy, none UN recognized in Canada

Ethnic cleansing? Is that forcing the desert cultures to bathe?

Haha, Dessert cultures? I guess they will have to start with the fridge.


Here is an article illustrating how totally screwed up is life for so many Cdn natives - and no thanks to LIE-berals for encouraging the mess in exchange for votes!!

'It's been getting to be too much' : Rankin Inlet family seeks relief from overcrowded home

A family in Rankin Inlet is struggling with insufficient housing, despite being on the emergency wait list with the Nunavut Housing Corporation for nearly three years.

In those three years, Taqtu Gibbons and her family have moved through friends' and relatives' apartments about 15 times, she said.

"I'm constantly looking for a place to stay," Gibbons said in Inuktitut.

(Here is a thought- is it a good idea to let Cdn citizens go through school without learning one of our official languages? I understand the LIE-beral goal of helping natives save their ancient language and culture - but speaking only Inuktitut clearly limits any engagement with the wider world when seeking a job or govt services such as health care etc!!!!!!!!!!!!!!!!!!!!)

Gibbons and her partner have a 10-year-old daughter and a four-year-old son. This summer they were staying in a shack just outside of Rankin Inlet that was about 6 feet by 10 feet  just enough room for a bed and a table with a camp stove on it.

But it's getting colder now, and Gibbons and her family are preparing to move into the laundry room of her sister-in-law's place.

In a photo is shown a house on a dirt road: Taqtu Gibbons stands outside the shack where she stays with her partner and four-year-old son.

(So its a dirt road - how many Cdn farmers and rural people live on dirt roads???)

Emelda Aupilardjuk has a two-bedroom apartment that has around 13 people living in it now.

In other words the supply of housing is inadequate- and now we are up to questions about THE QUALITY of the available housing!! Our news media has shown photos of wood frame shacks that natives so often live in- and these are PREFAB HOUSING that govt supplies and which natives are trained and PAID BY GOVT to erect!!!!!!!!!!!!!!!!!!!!!!!!!!!)

(The BIG QUESTION HERE - IS WHERE IS THE SIDING that is supposed to weatherproof and water proof the housing - THUS MAKING IT last longer?? And should we ask if it is likely that the housing is deteriorating RAPIDLY due to rotting of exposed wood coupled with over crowding and heavy use?? It seems very likely!!!!!!!!!!!!!!!!!!!!!!!!)

Gibbons's family will return to the shack during the winter, during breaks from work, to give themselves and the rest of the family relief from sharing such a small space.

(Here is a though that some people may find RUDE!! Natives are always telling us how they want to preserve their way of life and culture - so WHY dont these people go live in a winter IGLOO if they are so DESPERATE????????????????)

(OH- right - LIE-berals have assured natives they can have big city amenities with central heating and video games and satellite tv WITHOUT the bother of going to school and learning to work like white men -so they can EARN the comforts and privileges they desire!!!!!!!!!!!!!!!!!!!!!!!!)

(Even worse- LIE-berals are focussed on throwing MORE GRAVY at natives- which only accelerates the cycle of drug and alcohol abuse and community violence -and it fuels that sense of ENTITLEMENT that they can get a fine living if only they whine loudly enough at the stingy white people!!!!!!!!!!!!!!!!!!!!!!!!)

(But LIE-berals are NOT LOOKING at what these people DO all day?? More welfare cash in pocket means LESS NEED to do menial jobs- which are all that high school drop outs are qualified for -and more cash means more alcohol can be bought and messed with - and more cash means LESS NEED to go out and hunt for traditional food supplies- and a successful hunting trip is something that seems to keep them away from alcohol and provides a little sanity and self respect!!!!!!!!)

Occasionally, Aupilardjuk's other sister, Miranda Paniyuk, and her daughter also live in the apartment as does Aupilardjuk's mother and her adopted daughter.

Aupilardjuk reached out the the MLAs Lorne Kusugak, Cathy Towtongie and Pat Agnakak with an emailed letter last August looking for help  mainly for her mother, Rita Aupilardjuk.

Rita Aupilardjuk was set to have her third major brain surgery last summer, after a series of aneurysms since 2010, and Emelda Aupilardjuk wanted her mother to have a quiet place to recover.

Rita Aupilardjuk lost her house to fire a few years ago and the family says the Nunavut Housing Corporation won't put her back on the housing wait list.

"She was accused of being drunk when her house burned down. She does not drink and all of her 7 children has never seen her have a sip of alcohol our whole lives," Emelda Aupilardjuk wrote in her letter to MLAs.

(Uh huh- and the family that wants a FREE HOUSE WOULD logically DENY their Mom was a drunk -in a community where drug and alcohol abuse is RAMPANT!! But it seems likely we SHOULD accept the opinion of the local Housing Authority -who knows the woman and her drinking habits!!!!!!!!!!!!!!)

Paniyuk also wants a quiet space for her mother to recover, Rita Aupilardjuk recently tried sleeping in her car for a break.

(There is a moral lesson here about the difficulties that come with abusing alcohol and of burning your house down!! Houses DO NOT grow on trees and too many natives treat govt buildings with total CONTEMPT - as the recent wave of school arson fires in multiple communities proves!!!!!!!!!!!!!!!!!!!!!!!!!!!!!!!!!)

So Paniyuk has been writing emails and making calls. Paniyuk also has a health condition that causes headaches and dizziness that she says are aggravated by the overcrowded home.

(Should we ask if some fresh air and exercise might help?? And who is checking the heating system in the house?? Or looking for black mould that can cause headaches and dizziness?? With so many people, the moisture content of the air in poorly built house might be quite high??)

'It's been getting to be too much, we need something done about it, it's been long enough that we've waited for housing to deal with this, but it doesn't seem like anything is being done," Paniyuk said.

"There's a lot of vacant units, lots. I like to drive around and see what's empty and what's being worked on. There's quite a few.  It gives me no hope. Housing's not doing anything," Paniyuk said.

(And WHY are there so many vacant units?? Are they like the vacant units owned by Toronto Housing Authority that are so battered as to be unuseable without major repairs - and of course TCHC cannot keep up with how quickly drunks and drug addicts wreck their homes!! With the added bonus that MILLIONS OF DOLLARS of rent are going UNPAID each month- the amounts owed to TCHC are growing RAPIDLY as ever more tenants learn to game the system - so is similar stuff going on in native communities???????????????????)

The Nunavut Housing Corporation did not respond to CBC's request for comment by press time.

(NO- natives are no fools and they have learned from Our idiot Boy Justin and his loser LIE-berals - the best way to make a problem disappear is to PRETEND it isnt happening- and then to scream RACIST at any persistent investigative reporter who refuses to take the hint and go away!!!!!!!!!!!!!!!!!!!!!!!!!!!!!!!!!)

Seems like a wonderful young lady...a breath of fresh air.

I guess paying off the first two isn't a priority for you.

Which genocide Cliffy, none UN recognized in Canada

The one where the welfare bums kill off the white middle age males that pay the taxes to cover their welfare cheques.

Seems like a wonderful young lady...a breath of fresh air.

unemployment down in BC 0.3%

currently 4.3% - the best rate of any province in Canada

so of course - lie about it

Which genocide Cliffy, none UN recognized in Canada

unemployment down in BC 0.3%

currently 4.3% - the best rate of any province in Canada

so of course - lie about it

That must be adding to our collective carbon footprint , you should be proud .

Invite the world , wonder why some take advantage . Only in Canada . 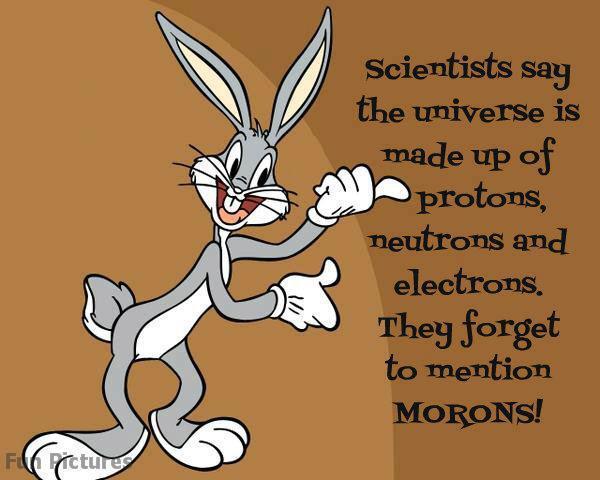 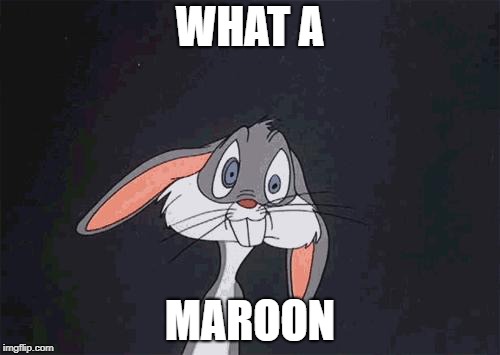 unemployment down in BC 0.3%
currently 4.3% - the best rate of any province in Canada
so of course - lie about it

Yeah, why did you lie?

Youngest population in Canada. Young people are free to travel to get work and affordable lifestyles.

unemployment down in BC 0.3%
currently 4.3% - the best rate of any province in Canada
so of course - lie about it

I got stuck on the RCMP and Inteligence in one sentence. Not good optics thats for sure. Of course Admeril Norman was charged with much the same thing.

I already called it.

A yearbook picture published by Time showed the Canadian prime minister smiling while wearing a feathered turban, his face darkened during an Arabian Nights-themed party.

The picture, which shows a practice with racist roots that has gotten other politicians in hot water, surfaced as Trudeau seeks a second term. ��I shouldn��t have done that. I should have known better, but I didn��t, and I��m really sorry,�� Trudeau said.


The question remains ........HOW did Time Mag get access to it and what motivated it to publish it??(photo_) 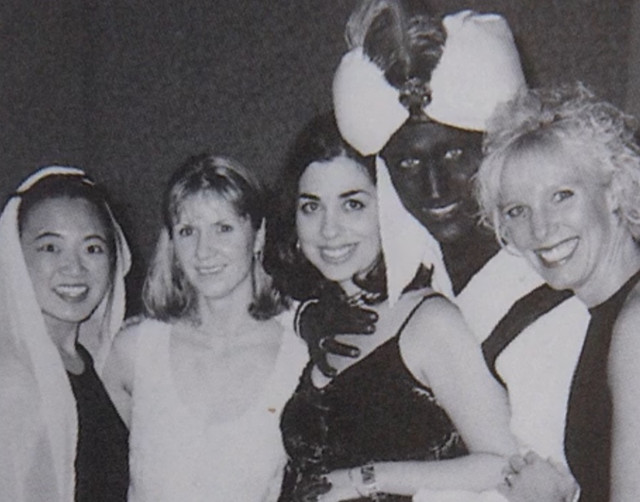 Time Magazine is an American company so it wouldn't be getting any Liberal handout of Federal Taxpayer $$$ to preferred Canadian Media. http://en.wikipedia.org/wiki/Time_(magazine)