You get a warm fuzzy feeling paying carbon tax.

Some say that is love for Gaia being felt but it's really just nausea.

That was my first (second and third) thought(s).

Oh...haven't you heard? This isn't about solving the problem with money. That's not what this is about at all...

"It's not a shift of wealth, tax revenue out of the province, it's entirely contained within the province," Goodale said, adding the province could choose to return all the revenue back to the people through tax reductions.

"Every single penny remains in Saskatchewan and under Saskatchewan's control. Every cent," he said.


...So you see, this isn't about trying to solve the problem, it's about punishing people through punitive taxation for heating their homes and driving to work.

Well, you are the one I am trying to teach. 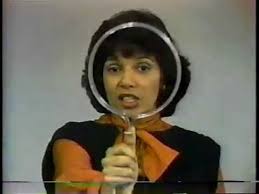 Apr 3rd, 2018
Flossy will be tripping out looking at that lady look at him.

You get a warm fuzzy feeling paying carbon tax.

Some say that is love for Gaia being felt but it's really just nausea.

Apr 3rd, 2018
Through that Internet thing that gobbles up 5% of the planet's energy?

Through that Internet thing that gobbles up 5% of the planet's energy?

Each plant has a 2sq ft footprint.


September 11, 2017 11 5928 1
It could be considered common knowledge that the retail price of outdoor cannabis is typically less than that of indoor. But data from a new study comparing farming methods in Colombia, Washington, and Colorado shows that the cost of indoor may be higher than what’s on the price tag.

Canada is presently stampeding toward legalization, with Health Canada streamlining its application processes for new growers to receive production licenses, and with the country’s most established licensed producers doubling down on production. All of which still leaves Canadians—and the federal government—a little nervous about whether authorized supply will meet overall demand in a post-legalization landscape.


But while the captains of industry charge headlong into converted factories and warehouses, it may be important to remember that every new industry (especially one launching on a national scale) should, in a climate-conscious zeitgeist, be approached with an eye toward sustainability and environmental impact.

With that in mind, California-based nonprofit Global Footprint Network recently conducted a study, funded by PharmaCielo Ltd, in which the ecological footprints of three industrial-scale cannabis cultivation sites were calculated and compared—one an open greenhouse in Colombia, one an indoor production facility in Colorado, and one a hybrid greenhouse in Washington State.

Dr. Patricio Stocker, CEO of PharmaCielo, said at the project’s launch that the goal of the study was “to quantify overall resource demands of all stages of the cannabis cultivation and production life cycle, including waste production and management, nutrient use, energy consumption, water use, byproducts, etc. against alternative growth and production methods.” What the study found was that the ecological footprints of the three sites varied dramatically.

Ecological footprint is measured in global square meters, or global m2, which represents one square meter of space with the world average biological productivity. As an example, to raise one cow for slaughter, enough farmland is required for roughly 6,000 pounds of corn to be grown throughout the cow’s life, in addition to the land the cow itself occupies. The corn feeds the cow while it grows to a weight where it will yield close to a thousand pounds of beef, which means every pound of beef has roughly the same ecological footprint, or global m2, as six pounds of corn.

When comparing methods of cannabis cultivation, the differentials are even more staggering. The open greenhouse in Colombia was calculated to have a footprint of 10 global m2 per kilogram of dried cannabis, while the indoor facility in Colorado was calculated at 3,700 global m2. The Washington-based hybrid facility, which consisted of a closed greenhouse with mechanical ventilation and electric lights to supplement the sun, registered at 80 global m2.

All three facilities used approximately the same amount of direct area for production. But at both US sites energy use had the biggest climate impact, accounting for over half the ecological footprint in the Washington facility, and sending the total footprint for the warehouse facility in Colorado—where 60 percent of the state’s electricity is generated from coal—to 370 times that of the open greenhouse in Colombia.

But what does that mean for Canada?
The primary cause of ecological footprint usage in indoor and hybrid facilities is attributed to the energy source that creates the electricity they use. That means Canada is positioned better than many jurisdictions, in that the majority of electricity produced in Canada comes from renewable sources. For example, in at least five provinces and territories 90 percent of electricity is produced from hydroelectric dams.

But much of Canada’s energy is still generated from sources with considerably higher ecological footprints, with nuclear, coal, and natural gas accounting for roughly 30 percent of the country’s energy production. That means the approval process for new cultivation facilities—and major expansions to existing ones—must be assessed for environmental impact with attention paid to how their energy is sourced.

The carbon concern extends beyond the government’s responsibility to protect the country’s environment—it also affects the bottom line for cannabis businesses. In addition to carbon tax savings, a previous Lift News article covered a number of fiscal benefits to outdoor growing.

Ear of the king
The new comparative study’s findings also serve to emphasize the recommendations made in a report submitted to the Standing Committee on Health (HESA) in response to Bill C-45, in which contributing authors, including Canadian hemp industrialist David Marcus and University of British Columbia professor Dr. Jonathan Page, cite the example of Washington State having created legislation allowing outdoor cannabis cultivation.

“Not only has it not been problematic,” states the report, “unlike in other jurisdictions where marijuana has been legalized, it has resulted in supply more than meeting demand.”

The HESA brief also establishes that outdoor farms would create much-needed jobs in rural communities throughout the country.

“Canada’s 20 years of experience with legal, outdoor cannabis cultivation in the form of industrial hemp production has proven that cannabis can thrive outdoors across Canada,” the report concludes. “It can be grown outdoors safely and securely as has been proven in Washington state. It is a far more ecologically sustainable approach than growing indoors.”

Sign a petition to call on the Canadian federal government to include strong environmental regulations in their plans for cannabis legalisation.

I have yet to see any protestor at the doors of any of the 1,000,000Sq ft plus indoor cannabis operations.

Ohhhh no... you'll never see them out there!

Each plant has a 2sq ft footprint.

Well, I am aiming at your level. Hope that one isn't too high for you. Really, CM you make this far too easy.

Apr 3rd, 2018
As expected, another one of your patented sad and pathetic responses.

Apr 4th, 2018
They're finding their religion is dying very upsetting.

Apr 4th, 2018
Yep... They are fast becoming an extinct species as evidenced by the inability to answer anything coupled with fraudulent manipulation of data.

Apr 4th, 2018
But how do we all feel about a conservative party in Saskatistan accepting AGW?


Still using my retort of five years ago are you? Well, you never have shown much originality.