Blackleaf
#1 May 5th, 2006
Group formed to save battlefield 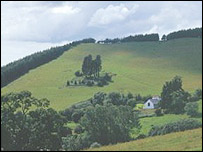 Hundreds of English and Welsh soldiers perished in the battle

An action group has been formed to save a battlefield where Welsh rebel Owain Glyndwr's army and English soldiers clashed more than 600 years ago.

The 30-acre hillside pasture is part of the Pilleth estate near Knighton, Powys, which is valued at £1.4m and up for auction in June.

The Save Bryn Glas group said it hoped a benefactor would come forward to buy the land for the Welsh nation.

The Welsh Historical Forum, made up of about 35 groups, including the Friends of Pilleth and the Owain Glyndwr Society, met in Llandeilo on Thursday night.

The Battle of Pilleth was a landmark victory in Glyndwr's fight for Welsh independence from England.

In June 1402, he defeated an English force led by Edmund Mortimer, one of King Henry IV's barons.

Hundreds of Mortimer's men were slaughtered as they attempted to reach the top of a steep hill known as Bryn Glas, where Glyndwr had assembled his men.

Save Bryn Glas chairman Albert Ward, of the Friends of Pilleth, who raised money to rebuild St Mary's Church near the battlefield, said he and his colleagues were optimistic.

"It's a lot of money to raise, but we're going to explore a number of avenues such as the lottery heritage group. 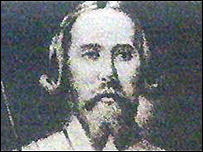 "Realistically, we're hoping that a benefactor will come forward and buy the land for the nation and then we can pay him back."

Mr Ward said the battlefield was one of the most important such sites in Wales.

Adrian Jones, president of the Owain Glyndwr Society, said earlier this week that other famous battlefields in the UK at Hastings, Bosworth and Bannockburn were recognised historic sites.

"All these battlefields are marked, but there's nothing at Pilleth to denote what happened there," he said.

Pilleth estate, made up of some 585 acres, will be auctioned by tender in June.

The land is being sold by Sir Robert Green Price, whose family have owned the estate for generations.

Francis Chester-Master, director of the firm selling the estate, said it was unlikely the lot containing the battlefield would be split in two to lower the price.

It's a SAFEWAY PARKING LOT!!

May 6th, 2006
That's probably because we LOST the battle.