World's best band since The Beatles?: The Fab Four have done it again

Arctic Monkeys are on course to claim the biggest-selling album of 2007 after shifting 85,000 copies of their new release in one day. 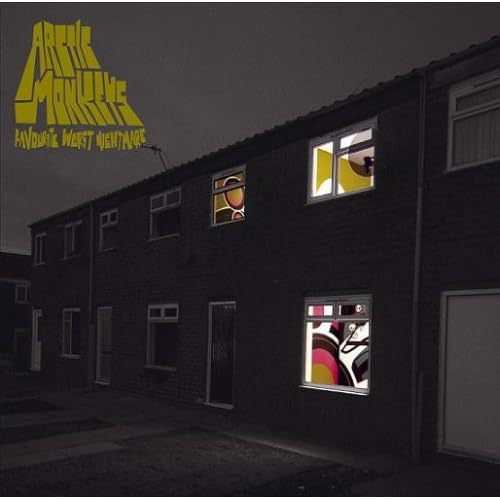 
Favourite Worst Nightmare went on sale yesterday and is outselling the rest of the top 20 combined.

The record is already the year's fastest-seller and looks set to shift over 250,000 copies by the end of the week.

It is the second album for the Sheffield band.

Their first album - Whatever People Say I Am, That's What I'm Not - was the fastest-selling debut release in chart history with 363,735 copies sold in its first week.

HMV's Gennaro Castaldo said: "It was always going to be next to impossible to match or beat the phenomenal first day sales of Whatever People Say I Am... but coming this close is a fantastic result which underlines the band's status as the UK's number one rock act.

"People are buying this album not because of the media hype, but because it's had great reviews and they can't wait to hear it.

"Favourite Worst Nightmare is easily the fastest selling album of the year to date.

"If sales continue at this pace, they should certainly top the quarter million mark, which would not only give the band a sure-fire number one, but leave them well-placed to claim the biggest album of 2007."

The band look certain to overtake the Kaiser Chiefs, whose album Yours Truly, Angry Mob sold 151,000 copies in its first week of release last month.

Re: Arctic Monkeys new album "fastest seller of the year"

Apr 24th, 2007
The world truly has a new Beatles? Rubbish, utter rubbish. Hyperbole of the most sophistic order.

The AM aren't bad. . .but they aren't so very great. They're another band.

Re: Arctic Monkeys new album "fastest seller of the year"