Blackleaf
#1 Aug 20th, 2013
One of those mobs of troublesome Left Wingers that you get from time to time - the usual smelly, jobless, vegetarian, hippy swampies - has set up shop at Balcombe in West Sussex for the last few weeks protesting over the fact that exploratory drilling by fracking company Cuadrilla is taking place there.

In between eating mung beans, worshipping the sun rise, singing hippy folk songs and cashing their £56.80 per week Jobseeker's Allowance cheques they've been lying in the middle of the road to stop Cuadrilla vehicles getting through and taking part in the usual violent mob protests.

Now the cops have moved in to clear away the Lefty pests and one of those arrested yesterday was Caroline Lucas, Britain's only MP of the Green Party of England and Wales (she's the MP for Brighton Pavilion and was the party's leader from 2008 to 2012).

As she was led away, Lucas said: "Along with everyone else who took action today, I’m trying to stop a process which could cause enormous damage for decades to come."

Despite the protests, Prime Minister David Cameron wants fracking to become a big industry in the UK as he believes it will cut rising energy bills.

Balcome is in Southern England, but it's been estimated that Northern England alone sits on top of 1,300 trillion cubic feet of shale gas - enough to meet the entire UK's energy needs for the next forty years.

Green MP held as police finally move in on the fracking mob: Caroline Lucas among more than 30 arrests after activists block entrance to site

Green MP Caroline Lucas was among more than 30 people arrested yesterday as police finally went on the offensive in the Balcombe anti-fracking protest.

The Brighton MP was among dozens of activists blocking the entrance of the West Sussex site preventing energy company Cuadrilla’s trucks entering.

Hundreds of other protestors taunted the police by chanting: ‘There are many, many more of us than you.’ She said that when the 'democratic deficit is so enormous, people are left with very little option but to take peaceful, non-violent direct action'

A new 'Battle of Britain'? Caving in to the anti-fracking fanatics is a craven surrender to mob rule
http://www.dailymail.co.uk/debate/ar...editors_choice As she was arrested at Balcombe, Ms Lucas said: 'Along with everyone else who took action today, I'm trying to stop a process which could cause enormous damage for decades to come' She added: 'People today, myself included, took peaceful non-violent direct action only after exhausting every other means of protest available to us' Police carry a protester away. The extraction by hydraulic fracturing, or fracking, faces strong opposition from environmentalists and communities near potential production sites

As she was led away, Miss Lucas said: ‘Along with everyone else who took action today, I’m trying to stop a process which could cause enormous damage for decades to come.


‘The evidence is clear that fracking undermines efforts to tackle the climate crisis and poses potential risks to the local environment.’


Cuadrilla had hoped to carry out exploratory drilling to assess if it is worth applying for a licence to extract shale gas that might involve fracking. The overall police operation against the protesters is expected to cost taxpayers more than £2million as it goes into its third week.


Police from other areas where fracking applications have been made have sent observers to the scene of the protests.


In London, a group of anti-fracking protestors yesterday glued their hands to the door of the offices of Bell Pottinger, the PR firm representing Cuadrilla.

Another activist climbed the High Holborn building and unfurled a banner bearing the words ‘Bell Pottinger – fracking liars’. During the noisy six-hour protest, six women aged between 25 and 59 accused the PR firm of ‘spinning dirty lies’.


Protesters also said they had staged a demonstration outside the home of former energy secretary Lord Howell, erecting an estate agent-style ‘For Shale’ sign.


Lord Howell became a target for their action when he said fracking should go ahead in the North East because it had ‘large and uninhabited and desolate areas’, before claiming he had meant the North West.

Fracking pumps liquid at high pressure deep underground to split shale rock and release gas to be used as fuel.

Campaigners say this might pollute local water supplies and cause earthquakes.

Miss Lucas has two adult sons, but it was unclear last night which one had been arrested.

Police were unable to say whether Miss Lucas had been charged or was still in custody last night.

David Cameron yesterday broke his silence over whether he would support fracking in his Witney const ituency, saying he would welcome it.

It comes a week after his spokesman declined ten times to give a definitive answer on the controversial practice.

Yesterday the same spokesman said: ‘If locally led planning processes were followed then yes, the Prime Minister would be happy [for fracking to go ahead].’

Mr Cameron has said the whole country should accept fracking as it might potentially cut rising energy bills. Hundreds of protesters face police at Balcombe as they chant slogans An environmental activist is led away by police in Balcombe, West Sussex Environmentalists block the main entrance as part of the protest 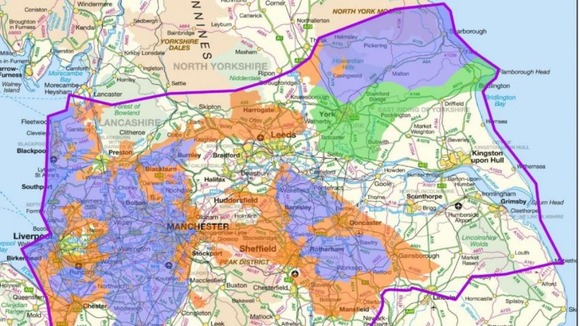 Let's get fracking: Northern England alone sits on top of 1,300 trillion cubic feet of shale gas - enough to meet the entire UK's energy needs for the next forty years.

All the way to jail. Cut off her pay as well.

One of those mobs of troublesome Left Wingers that you get from time to time - the usual smelly, jobless, vegetarian, hippy swampies

The Left is never wrong, just ask them.

But are they ever right?