In the video, Sims confronts an older woman protesting. The following is a partial transcript:

Shame on you for hiding your face at the same time that youre shaming other people  What youre doing here is disgusting. This is wrong  Shame on you, maam, for standing out here thinking you know whats right for other peoples bodies  An old white lady telling people what to do with their bodies? Shame on you  This is disgusting. This is shameful  If youre a white person like I am, we have a lot of catching up to do, we have a lot to apologize for, and Im going to start by apologizing for this woman. Shame on you. What youre doing here is disgusting  Dont convince yourself that what youre doing isnt extremely racist. How dare you. This is grotesque
How many Catholic churches are you protesting after 400 priests in Pennsylvania [were] indicted for child molestation The amount of mental gymnastics it must take to think that you have a right to tell a woman whats right for her body and yet you will support a faith that has molested children across the planet? Shame on you.

Go f*ck yourself. I'm not responsible for anything that anyone who isn't me did and I don't apologize for people who aren't me. Maybe Sims has a lot of catching up to do and to apologize for, but don't be transferring that guilt onto ALL White people just because they're White. That's just a wee bit racist, n'est ce pas?

Although I find it f*cking ironic that a man is telling a woman that she's wrong about abortion and calling her a racist.

The idiot reminds me of Trudeau's shit sucking attitude towards Rachel Harder. How dare she, a woman, have a different opinion on what we're constantly told is ONLY a women's issue, than Trudeau, a man-child. Faux feminist, virtue signaling leftist garbage is all Groper and Sims are.

I take it Sims is using his middle finger because it's impolite to point with the one he picks his ass with?

Go f*ck yourself. I'm not responsible for anything that anyone who isn't me did and I don't apologize for people who aren't me. Maybe Sims has a lot of catching up to do and to apologize for.....

Why do expect differently from others?

May 10th, 2019
In the vid I saw this clown was abusing a little old lady. Also, he obviously hates little babies. He sure doesn't think THEY have a right to live.

LGBT advocacy today comes from a place of rage and hatred. It is a movement of obnoxious lecturing, intimidation, bullying, and bitter rage that does little more than validate prejudices.
https://thefederalist.com/2019/05/07...etly-sidewalk/

This poor, childless, jealous, dried up, ol' d*cKie l!cker is just drowning in his own projected selfhate. He needs Cannuck to talk him into suicide by trying to save his life.
Last edited by Danbones; May 10th, 2019 at 07:26 AM..

May 10th, 2019
Democrat Brian Sims Runs Away From Black Man

Democrat Brian Sims, the now-infamous Pennsylvania Democrat Representative of the 182nd District, predictably failed to show his face at the May 10, 2019 pro-life rally outside his favorite snack shack slash huge campaign donor, the Locust Street Planned Parenthood in Philadelphia, PA.

Having seen what he can do to elderly women and underage girls, most of us were hoping for a confrontation with someone he couldn't kill with his bare hands - but were left wanting.

...except, as luck would have it, the livestream bullying aficionado actually WAS caught on camera in 2017 being confronted by a gay black man who - shocker - was angry with Democrat Brian Sims' lack of representation of black and brown people from the Philadelphia LGBTQ community. Take a wild guess whether he screamed for ten minutes, or ran away like a coward.
https://www.youtube.com/watch?v=99ZUwK2f1sA

May 20th, 2019
Posted by the wannabe guy who can't even get the Turtle Island story right. 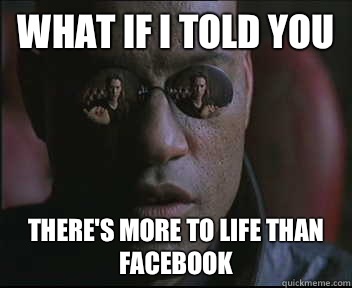 Abraham and the sacrifice of Isaac


1
The story is in Genesis chapter 22. God asked Abraham to sacrifice Isaac as a burnt offering to God on a mountain in the land of Moriah. They travelled to the land and found the mountain, and Abraham took Isaac with him, and a donkey bearing the wood for the sacrifice. Where is the lamb, asked Isaac. My son, God himself will provice the lamb, Abraham said. Abraham built an altar on the mountain and arranged the wood. He bound his son and put him on the altar on top of the wood. Abraham stretched out his hand and took the knife to kill his son. But the angeld of YHWH called to him from heaven and said, do not harm him, for know I know you fear God. You have not refused me your beloved son. Abraham saw a ram caught by its horns in a bush. Abraham took the ram and offered it as a burnt offering. The angel of YHWH called Abraham again and declared, because you have not refused me your own beloved son, I will shower blessings on you and make your descendants as numerous as the stars of heaven and the grains of sand on the seashore.

2
Also see https://jefdemolder.blogspot.com/201...ss-murder.html
In the Ancient World humans were created by the gods as a kind of intelligent cattle. Later humans obtained a better position as slaves. The life of humans was organized by religion. To religion belonged the practice of human sacrifice, a method to obtain absolute fear and submission. As the practice refers to the fundaments of original human existence, human sacrifice is present in the universal tradition. In my post "Original trauma and mass murder" I mentioned the recent discovery in Chan Chan in Peru of evidence of the ritual sacrifice of 140 children and 200 young llamas. In the testamentary tradition we find valuable information about the Ancient World. The story about the binding of Isaac simply reports the practice of the Ancient World. So in the story it is considered normal that the god commands Abraham to sacrifice his son. Abraham also finds it normal and he executes the command. And afterwards, Abraham is praised by god for not having refused the sacrifice of his son, and receives an important reward or compensation. For this kind of gods are not acting according to rights, but are distributing punishments and favours. And Abraham is not praised for having replaced his son by the ram, but because he has not refused his son.

3
The biblical story has already been adapted to a later situation of humanity. Isaac represents the human who does not understand anymore, and asks the naive question about the lamb. A trick was invented as to not confront the readers with the killing of Isaac. But in the commentary by Hippolytus of Rome it is said that Isaac wished to sacrifice himself for the sake of the world. In the version in the Quran (Soura 37), and also the Quran belongs to the testamentary tradition, Abraham tells his son about the divine requirement, Isaac agrees to be sacrificed for the fulfillment of God's command, and the binding on the altar is not necessary. The strange thing is that, once the total submission is obtained, even the sacrifice of oneself becomes a path to fulfillment.

4
Abraham, Moses, John the Baptist, are different versions of the same great prophet. He is known as a liberator of humans. At least, in the form of Moses, he brings the humans from the slavery in Egypt to the wilderness, without entering the Promised Land. It is clear that the great prophet belongs to the divine population, but he has improved the human condition in such a way that he was considered by humans as a liberator. Seen from this perspective, the sacrifice of Isaac is the ultimate sacrifice, as to obtain the non-sacrifice of humans in the future. That is why, afterwards, in the story, the child is replaced by the ram. That is why, once the killings have stopped, the descendants of Abraham become so numerous. That is why Eid al-Adha, the Festival of the Sacrifice of Isaac, is the most holy festival of the Muslim World. That is why, at the occasion of the first Eastern in Egypt, the killing of the children was replaced by the blood on the stanchions. And that is why, in yet another version of the same myth, Jesus is the lamb or the ram and is sacrificed in place of the humans, and there you have the most holy festival of the Christian world. But somehow it did not work out as it was meant by the great prophet and other gods supporting the emancipation of humans. The original trauma has not been healed yet. The festivals were repeated, the killings did not stop.

If you want to be number one, you will have to try harder.

So, until your moral improves, beatings will continue.

I AM GAY AND I AM DONE WITH REP. BRIAN SIMS

Backsliding Ethics
I was a Democrat for years here. So let’s get into the reason why I am Republican; that’s the biggest issue a lot of progressives have with me even though I secured the most progressive votes of any Republican that has run in Philadelphia thus far.

I left the Democratic Party after living here for 10 straight solid years of watching Democratic City Committee tolerance of corruption. Some of you older progressives have grown tired of seeing those headlines of local power Dems who are being carted off to prison. Imagine what it was like in Philly back in the early 2000s during Mayor Street’s Pay-To-Play scandal.
https://www.philadelinquency.com/201...ep-brian-sims/

Ain't that the real problem right there.

You should see the look on a baby's face just when it realizes it's happening to them. Now, imagine that face in the mirror.
Last edited by Danbones; Jun 19th, 2019 at 10:25 PM..

Out persecuting a minority today are we, Cliffy?

The Sacred Mushroom and the Cross - John Allegro

Jul 11th, 2019
That's the guy who delivered the bible across obliterated america cliffy...

...or did you miss THAT movie?


and they will kill the one teaching Love. If Jesus came back tomorrow, the evangelicals would kill him (or her).