spaminator
#1 May 24th, 2017
Quebec byelection poster denouncing multiculturalism upsets residents
THE CANADIAN PRESS
First posted: Tuesday, May 23, 2017 01:40 PM EDT | Updated: Tuesday, May 23, 2017 04:39 PM EDT
MONTREAL  A candidate in a Quebec provincial byelection has triggered controversy with a campaign poster that criticizes Canadian multiculturalism and shows a photo of a woman wearing a niqab.
Alexandre Cormier-Denis is running for the Parti independantiste in the Montreal riding of Gouin.
The poster has the slogan Choose Your Quebec above two photos of the same woman  one in which she is sporting a blue tuque with the Fleur-de-lis and the other in which she is wearing a niqab.
Below the photos it is written Canadian Multiculturalism, No Thanks.
Police withdrew the poster from outside a subway station after they received complaints but it was put back up outside another one because Cormier-Denis is a registered candidate in the May 29 vote.
Cormier-Denis says multiculturalism ghettoizes immigrants in their own communities.
So while an election should be the time to give voters real choices, it is considered scandalous for a candidate to dare question the multiculturalist order that Ottawa imposes on Quebec, he wrote on Twitter.
The journalistic caste seems incapable of imagining it is possible to get out of this multiculturalist model without it being morally reprehensible.
Yet, by shutting them off in their communities of origin, English-Canadian multiculturalism is actually closer to real racism.
Haroun Bouazzi, co-president of a Muslim and Arab group that is in favour of secularity, called the poster anti-Muslim and said he believes voters in Gouin will categorically reject Cormier-Denis next Monday.
But if he gets five per cent it would be enormous, a disaster, Bouazzi said in an interview. But were urging people in Gouin to show that Quebec isnt ready to import racist slogans and posters from France.
Bouazzi called on Montreal Mayor Denis Coderre and Premier Philippe Couillard to launch a concerted anti-racist campaign.
The byelection is being held to replace Quebec solidaires Francoise David, who quit politics earlier this year. Former student leader Gabriel Nadeau-Dubois is hoping to retain the seat for the left-wing party. His opponents include the Liberals Jonathan Marleau and the Green partys Alex Tyrrell.
The Parti Quebecois is not fielding a candidate.
A controversial Quebec provincial byelection poster depicting a woman wearing a niqab has upset some local residents in the Montreal riding of Gouin. The poster, which has the slogan Choose Your Quebec, shows two pictures of the same woman: one with her sporting a blue tuque and the other wearing a niqab. (Horizon Quebec Photo)

May 24th, 2017
I wonder how it would go if that poster was anywhere else in Canada, in english, and defined french as the multi culture.

(...and the dress style the muslim gal is wearing could just as well be on a french catholic nun too.)

On the other hand...when in Rome:
....look how christians, other muslims, and women in the Mideast are treated by the western backed radicals.

I wonder how it would go if that poster was anywhere else in Canada, in english, and defined french as the multi culture.

(...and the dress style the muslim gal is wearing could just as well be on a french catholic nun too.)

On the other hand...when in Rome:
....look how christians, other muslims, and women in the Mideast are treated by the western backed radicals. 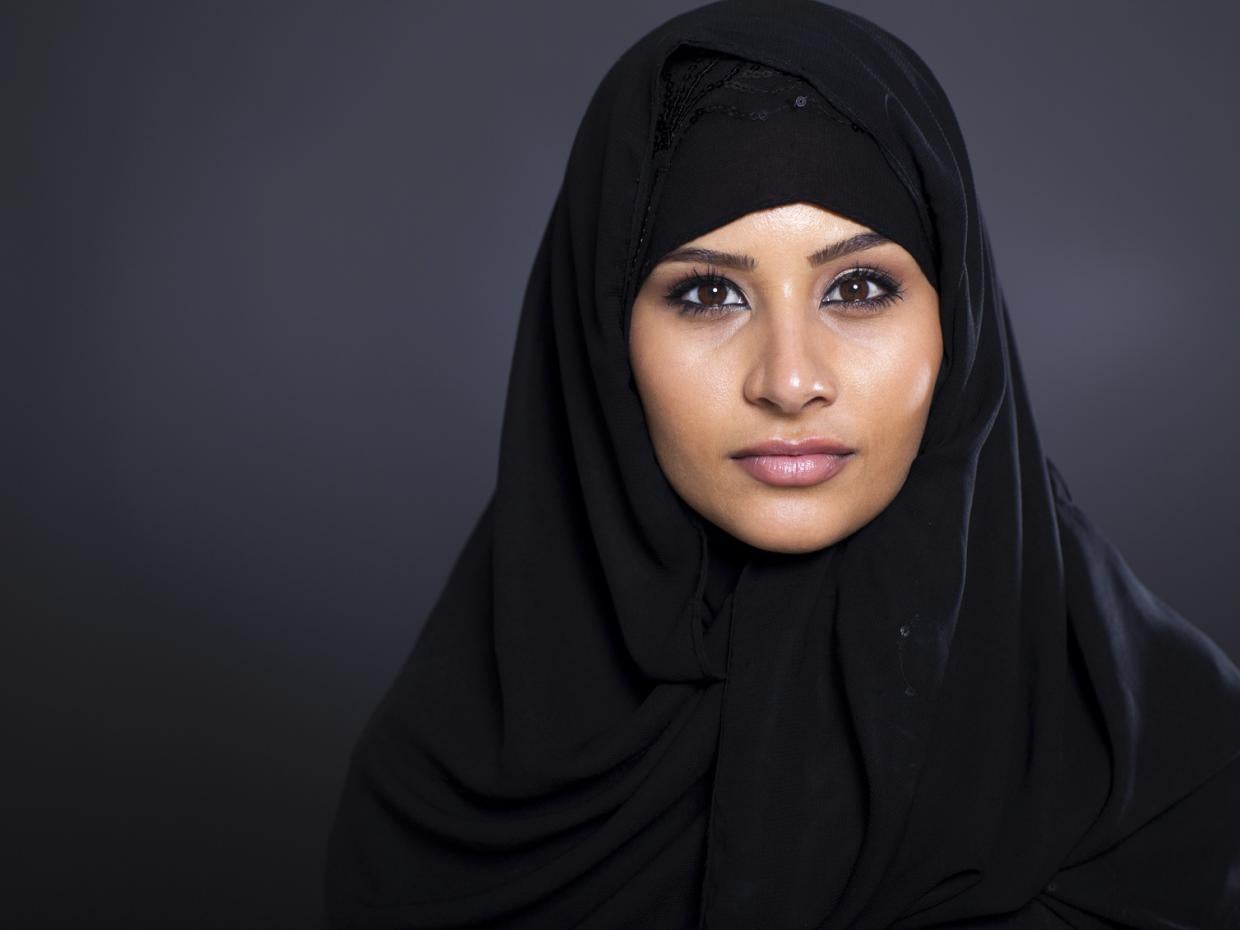 May 24th, 2017
The difference isn't just visual. A nun enters the convent knowing the habit is part of the position. Catholic women in general don't wear a habit and no sect of Catholicism forces them to. And not all nuns wear habits either.
With the burka or niqab, it's not meant for women holding a specific title or position within the religion. It's meant for ALL women because apparently, Muslim men have absolutely ZERO self-control.
For nuns, the habit is kind of like a uniform. For Muslim women, the burka and niqab are symbols of oppression. How idiots can call it progressive to permit and promote that kind of shit in this country is beyond me. Is it "2015" or not? Yeah I know, it's 2017 but it was 2015 when Super Dupe shot his mouth off about how we should be more enlightened considering it was 2015. I had no idea that forcing women into subservience was enlightened behaviour. Hey, maybe we can tolerate and accept stoning while we're at it. And FGM, sharia law, suicide bombings, boy oh boy, look at all these wonderful values that Trudeau says Canada so desperately needs.

May 24th, 2017
In case you two don't get out much, most muslim women in Canada war the nunny looking hajib

Conning women to believe in a non existent religion is not abuse.
OK
got it

May 24th, 2017
letting in terrorists who blow up children and defending them is not?

May 24th, 2017
Multiculturalism is great until it is sponsored/funded by the gubmint.

In case you two don't get out much, most muslim women in Canada war the nunny looking hajib

Which I have no issue with. In case you weren't paying attention to what you were responding to, I said the burka and niqab. There's a weird fundamentalist Christian sect in Alberta that forces its women to wear cloth bags over their entire bodies with sleeves and eye holes cut out of them. I have a f*cking problem with that too, but no one is going to whine about me being a racist or a bigot over it. By the way, I do get out much. Ever seen some of the women's fashions in Jordan? Beautiful clothing that's modest but still nicely feminine. Oh, and last time I was out was for a doctor's appointment. While I was waiting for a cab to take me home, there were no empty seats left at the entrance to the building. There was a young burka clad mother with her two young children sitting there. She was in one seat with one of her kids in her lap while the other one who was older, who wasn't feeling super well, was sitting beside her. What happened next kind of disturbed me. She noticed I was standing because there were no empty seats and seemed to go into instant deferential mode insisting I take her seat. She literally asked me to "please take her seat". That's a definite sign of a woman who has been taught that she is inferior to men because it went beyond mere politeness. It was like she was afraid of being caught sitting while a man had to stand.

Conning women to believe in a non existent religion is not abuse.

Subjugating women THROUGH religion IS abuse though.

May 24th, 2017
It doesn't matter what anyone says or does - including posters - someone is going to be upset. Angry with the poster? Write a strongly worded letter to your MP or the newspaper.

I suspect more people agree with the poster than disagree.

I wonder if you can get any of those posters?