Blackleaf
#1 Jul 17th, 2019
BILLIONS of flying ants swarming over the south of England formed clouds so big they showed up as rain showers on weather radars.

The Met Office shared the astonishing pictures of the swarms today appearing as rain as they flew into the sky.

The swarm of insects hit the counties of Hampshire, West Sussex and Dorset and were captured on the Met Offices radar. 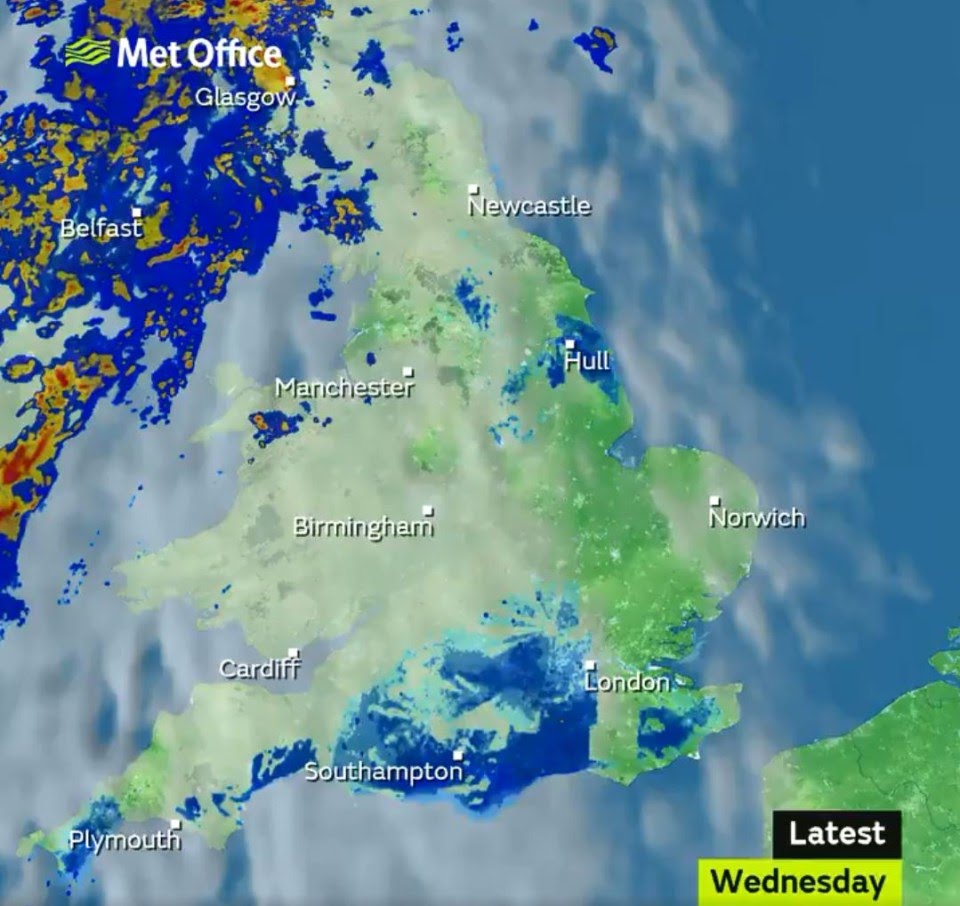 It was described as insect clutter  following on from Flying Ant Day yesterday, where the ants leave their nests across the country.

Male and female ants head out of their nests in a bid to look for other ants to mate with.

Queen ants emerge from the nest to begin their nuptial flight with the male ants usually flying alongside  and a swarm forms.

A Met Office spokesperson said the ants showed up on their image as a showers of rain because the radar thinks the beams are hitting raindrops not ants.

BBC weather presenter Simon King tweeted an image of what he described as the incredible phenomenon earlier.

He posted: Flying ants!!! Swarms of them flying into the sky in S Eng are being picked up as rain on the radar image this morning.

Mr King said it was the biggest swarm of insects he had seen in the UK.

Re: Huge swarm of flying ants appears as rain on UK weather maps

Jul 17th, 2019
It's better than the flying monkeys that they get in Kansas.