Out! Wimbledon to ban tennis teases

Blackleaf
#1 Jun 25th, 2006
The world's biggest tennis tournament starts tomorrow. And, unlike the tennis tournaments of more uncivilised countries, the players have to follow a strict dress code.

WIMBLEDON has served an early warning to the worlds tennis stars: step across the line on the tournaments strict dress code and you will be sent packing.

For more than a century Wimbledon has fiercely guarded the genteel reputation that today sets it apart from other tournaments. Officials there want spectators to keep their eye on the ball, not on the increasingly revealing outfits that have caused controversy elsewhere.

The guide for competitors this year has been updated to warn them that they risk being defaulted  the tennis equivalent of a red card  if they break the tournaments code of almost entirely white and most certainly decent clothing.

The pirate shorts favoured by the new pin-up Rafael Nadal, the Spanish winner of the French Open, will not raise an eyebrow provided they are white. Neither will the bare midriffs of players such as Tatiana Golovin, the Russian-born teenager based in France who has been known to take a pair of scissors to her outfits to make them even more revealing.

But the low-cut tops showing lots of cleavage, favoured by Maria Sharapova and Maria Kirilenko, are likely to be banned, as are loose- fitting outfits such as the one Sharapova wore at this years Australian Open which billowed up to reveal her underwear.

The 2006 Wimbledon players guide carries the new caution: Any competitor who appears on court dressed in a manner which is deemed unsuitable by the committee will be liable to be defaulted.

It is also meant as a warning to sports manufacturers who try to enlarge their logos on players outfits so that they are clearly visible to the television cameras.

Adidas, the German manufacturer, took on the tennis authorities in a different court  the High Court in London  this month and won a temporary ruling allowing its three-striped logo to appear on players clothing at the tournament. Wimbledon wanted to limit the size of branding to 4 sq in.

In a rare update last week, Wimbledon unveiled new navy blue outfits from Polo Ralph Lauren, the American designer label, for its 570 umpires, ball girls and ball boys. It is one of the biggest changes since Wimbledon allowed the yellow ball instead of the white one in 1986 after a plea from the BBC that it helped visibility on television.

Andrew Jarrett, the tournaments new referee, said last week: There have been various outfits over the years that have caused everything from huge enjoyment to huge outrage, depending on your viewpoint. A lot of people wondered what the reaction would be to Nadals pirate shorts last year. We were very relaxed about it. He turned up in a beautiful white pair and they are now part of his persona.

We have accepted the bare midriff because when virtually every player serves I defy any of them not to show their midriff when they are stretching up.

The new guide for competitors says it needs to be suitable tennis attire. That is a vague statement but anything that doesnt fit into that description we will look into. Once you set down rules people will try to get round it.

He added: The clothing manufacturers have a tough job. They have got to try and sell new collections and they have their clotheshorses out there.

They know that if they want to be different they have to come up with something new. That is their challenge. Our challenge is to accept change but within the rules that we set.

It makes common sense to get the message across. Most players have recourse to Plan B if necessary, which is to change into something else.

Andre Agassi, once known for his long hair and loud outfits, refused to play Wimbledon from 1988 to 1990 because of the all-white dress code and what he regarded as the stuffy atmosphere. Anna Kournikova was ordered to change in 2002 when she was caught practising in black shorts.

Nigel Billen, editor of ACE Tennis magazine, which produces a list of the sexiest players  Sharapova tops it for the second year  said: Outfits have got more revealing but I dont think Wimbledon will ever drop its almost entirely white code. 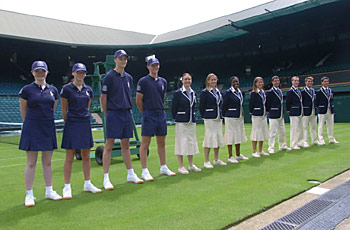 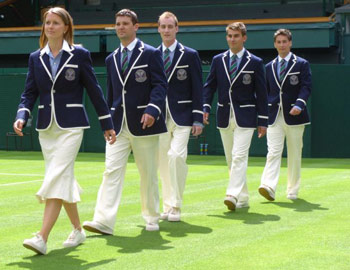 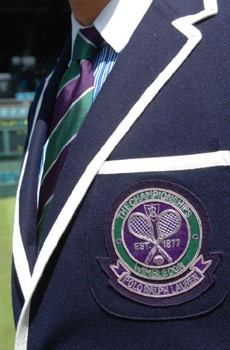 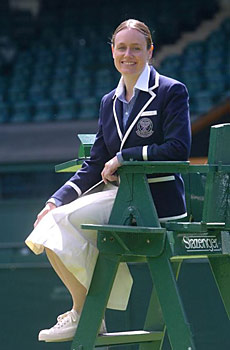 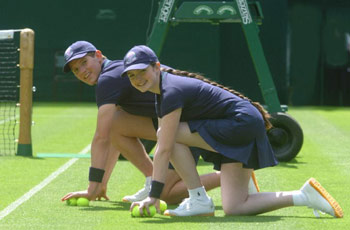 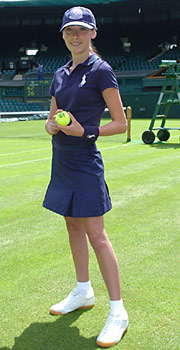 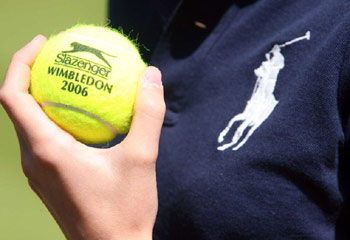 Re: Out! Wimbledon to ban tennis teases

Jun 25th, 2006
I won't be watching any more tennis matches from that venue

RE: Out! Wimbledon to ban