Blackleaf
#1 May 19th, 2019
What would you do if you thought your children had turned into "rats and mice"? Or if you had the "French disease"? Or had trouble with witches?

In 16th Century England, you might have visited two celebrity "doctors", Simon Forman and Richard Napier.

After 10 years of research, Cambridge historians are digitising some of their patient records, showing how they prescribed magic as well as medicine... 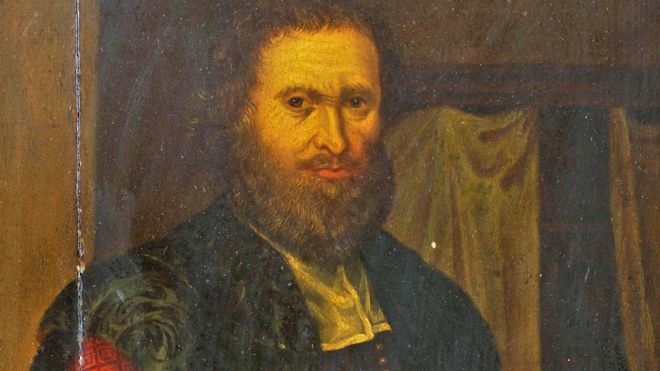 Simon Forman courted public attention with his mix of medicine, magic and astrology

What would you do if you thought your children had turned into "rats and mice"? Or if you had the "French disease"? Or had trouble with witches?

In 16th Century England, you might have visited two celebrity "doctors", Simon Forman and Richard Napier.

After 10 years of research, Cambridge historians are digitising some of their patient records, showing how they prescribed magic as well as medicine.

The records also show patients being told to wear dead pigeons as slippers.

There are 80,000 separate case notes, from the 1590s to the 1630s, in what is described as one of the biggest such historical medical collections in existence.

'Rapier in the privy parts'

But they have been notoriously difficult to decipher and a team of Cambridge University researchers spent years transcribing their contents, with 500 being digitised, put into accessible English and made available online.

These give an insight into the physical and mental anxieties of Shakespearean England - whether being "thrust with a rapier in his privy parts" or suffering from being "mopish" or "melancholy". 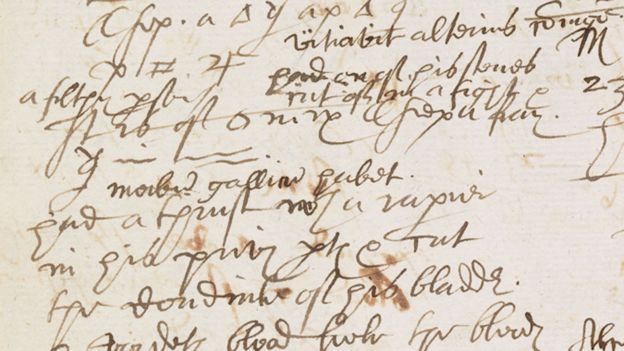 Prof Lauren Kassell, who headed the research, describes the illnesses and cures as a "wormhole into the grubby and enigmatic world of 17th Century medicine, magic and the occult".

Witchcraft seemed to be a significant worry - blamed by patients for a whole range of ailments and with the notes making reference to a number of witches who had been executed as a result.

Prof Kassell says both doctors and patients moved seamlessly between the physical world, astrology, magic and religion, all of which were mixed together to come up with remedies.

That witches or evil spirits had caused an illness would have been "entirely credible at the time", she says, with counter-curses available. 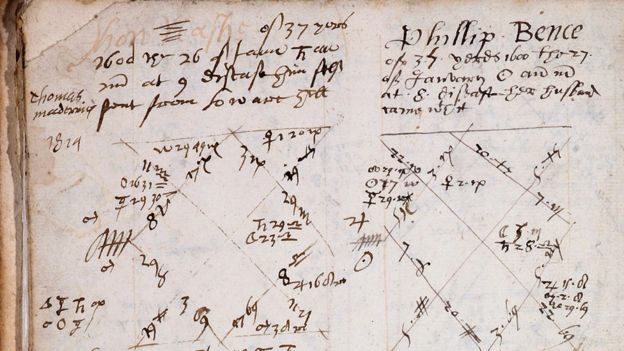 In one of the cases, evil spirits had overtaken a patient so that he kept offending people by shouting: "Kisse myne arse."

Even by the standards of 17th Century medicine, some of their approaches were seen as eccentric.

But it wasn't always good news. One patient was given the rather gloomy outlook from an angel adviser: "He will die shortly."

'Bagged as a lunatic'

Simon Forman, an astrologer and healer, provoked a different type of suspicion, with his energetic courting of famous patients drawing the distrust of "real" physicians.

Whether any of the cures "worked", Prof Kassell says, is a complex question. 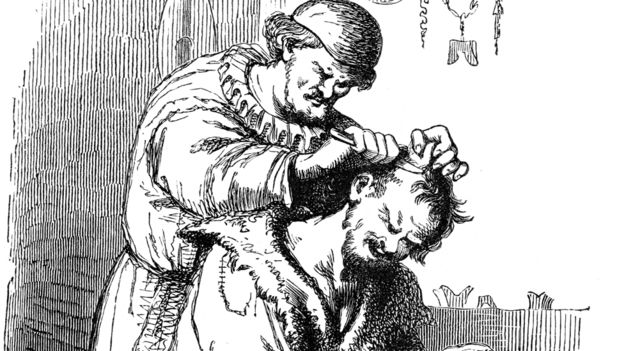 An engraving of a 16th Century "charlatan" surgeon

In the context of the time, these were efforts by people to overcome problems, she says. If they followed the recommendation to use leeches from Beaconsfield rather than Dorchester, did it make them feel better?

"People always want to do something about an illness," she says. Even if the "cures" seem improbable, it is difficult to assess the benefit of going to get help and talking about problems.

Mental-health problems are often raised - whether people bringing depressive symptoms, under the label of "melancholy", or other repeated references to "lunatics".

There were often harsh treatments, with people being tied and restrained, and one man who claimed to be falsely accused of madness worried he would be "bagged as a lunatic".

Venereal diseases also seemed to be widespread, with many cases talking about what was called the "French disease".

A patient suffering from the "pox, with boils and itch" was prescribed a combination including roses, violets, boiled crabs and deer dung.

Prof Kassell says many of cases might seem unlikely.

"But even the odd things might turn out to be rooted in reality," she says.

In one case, a woman was described as suckling puppies.

'Tip of the iceberg'

Prof Kassell says this would have been seen as a broad hint about witchcraft - but it was also the case that if women had problems breastfeeding, there was a folk belief in using puppies to encourage the flow of milk.

That still might not explain the cure of "pigeon slippers", which rather literally involved opening up pigeons to attach to a patient's feet.

The light cast on 17th Century society by the casebooks is both uplifting and disturbing, Prof Kassell says.

"In one way, it's a really horrible view - but on another, there is this nice pastoral society," she says.

It also shows a very different worldview, living close to the natural environment and suffused deeply in religion and mystical beliefs.

There was no gap between the "spiritual and the natural", Prof Kassell says, and people moved between the two realms.

The transcriptions so far are the "tip of the iceberg", she adds. There are "thousands of pages of cryptic scrawl full of astral symbols" and transcribing the whole collection would take another 20 years.