Six Nations: Ireland beat England by just a point to remain on course for Grand Slam

Blackleaf
#1 Mar 1st, 2009
This is only the third year that Croke Park in Dublin has hosted rugby union's Six Nation's Championship. It is usually a stadium for gaelic football, the Republic of Ireland's national sport.

However, with Landsdowne Road having been demolished to make way for the new Aviva Stadium, the stadium has been hosting the annual Six Nations Championship since 2007.

And it is a particularly poignant occasion when England (and Scotland and Wales) play here.

For it was in this very stadium in 1920, during the Irish War of Independence, that the British Army fired into the crowd, killing 14 civilians, during a Dublin VS Tipperary gaelic football match. The dead included Tiperrary's captain. Southern Ireland seceded from the UK in 1922, but didn't become a republic until 1949.

So it was some occasion in 2007 when England played there for the first time ever, and the occasion seemed to have got to them - England were thrashed 43-13 in what remains Ireland's largest ever win over England.

Yesterday's match, though, was much a much closer affair, and keeps Ireland on course to win the Six Nations grand slam for the first time since 1948.

Ireland VS England matches have never been short of controversy, with England even manging to insult the Irish President Mary McAleese.

In 2003, the year England were at their pomp beating all before them and going on to win the World Cup, the two teams met at Landsdowne Road in the Six Nations. England caused uproar by forcing the Irish President to walk on the grass rather than the red carpet.

Before being introduced to President Mary McAleese, England captain Martin Johnson (now England's manager) refused to move his players from the left-hand side of the pitch where the Irish side customarily line up.

When the Irish ran out they therefore stood alongside England on the same side of the pitch - forcing President McAleese to cross the pitch instead of the carpet to meet them.


Ireland maintained their Grand Slam challenge by scraping a hard-earned victory over England at Croke Park.

Ireland skipper and man-of-the-match Brian O'Driscoll powered over for their only try in the 57th minute.

But with Ronan O'Gara landing only two of his six kicks, Ireland were helped by the sin-binning of England prop Phil Vickery and scrum-half Danny Care.

England were left to rue that indiscipline after Delon Armitage's late try and Andy Goode's conversion.

So a relieved Ireland remain the only unbeaten side in the championship, with Declan Kidney's men on top with six points, followed by Wales and France on four each.

The exciting finish was in stark contrast to an untidy opening, dogged by spells of scrappy, unattractive play with possession continually being kicked away.

Ireland had the better of the possession but fly-half O'Gara was uncharacteristically wayward with two penalties before landing a third in the 29th minute after England strayed offside.

England applied a bit of pressure just before half-time and got level with a simple Toby Flood penalty from close in front of the posts after securing line-out turnover.

The second half was a more enterprising affair, although it started with another penalty failure by O'Gara as his effort struck a post.

It was left to O'Driscoll to lift the Dublin crowd with a fine drop-goal soon afterwards.

But there was momentary concern for the Irish skipper after a nasty-looking clash of heads with Riki Flutey.

After treatment, O'Driscoll was able to continue, but the Leinster centre was soon flattened again by a late body check by Flutey who escaped a yellow card.

Ireland began to mount some sustained pressure on the English line and signalled their ambition by declining penalty goal opportunities in favour of lineout ball.

Under pressure, England were warned about infringements and former captain Vickery was sin-binned in the 55th minute for not allowing Ireland to release the ball quickly.

The home side remained camped yards from the try-line and O'Driscoll powered over in the 57th minute - the skipper's 35th try in 91 Tests for Ireland, only for O'Gara to miss the conversion.

England tried to hit back quickly and a try looked on when replacement Mathew Tait made a darting break, but he failed to get the pass to the well-positioned Mark Cueto. 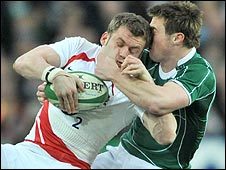 
However, England reduced the deficit to just five points when Armitage assumed the kicking duties from a groggy Flood to land a well-struck penalty.

But as against Italy and Wales in their previous two games, indiscipline once again cost England.

Replacement Care was given a yellow card after shoulder-charging Marcus Horan, with O'Gara rediscovering his kicking form to slide the penalty between the posts.

But there was further drama in store as replacement Goode kicked the ball through for Armitage's try.

It gave England a chance of stealing an unlikely victory but they ran out of time to mount another meaningful attack. 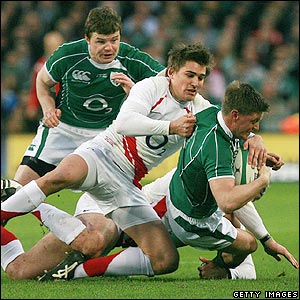 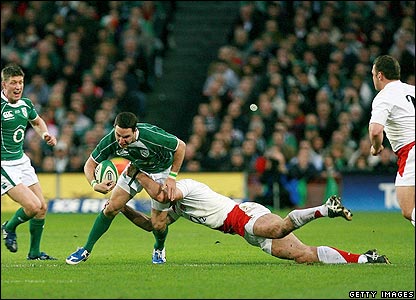 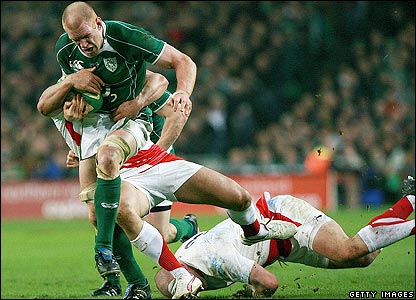 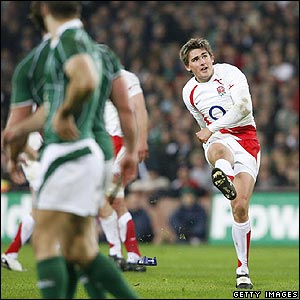 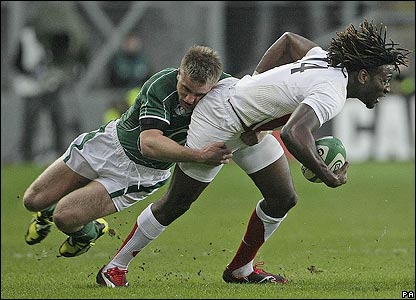 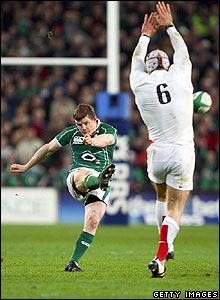 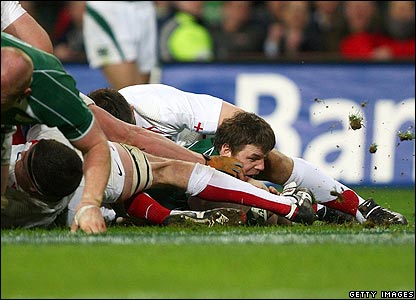 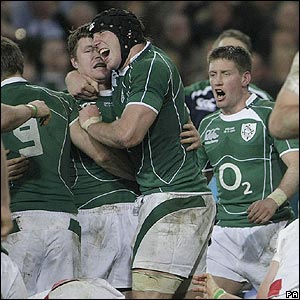 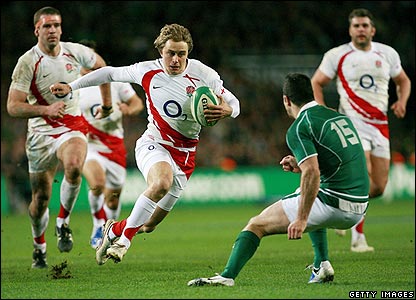 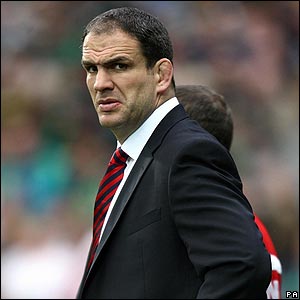