Alberta's oilpatch battens down for changes to royalties and emissions

B00Mer
#1 Jun 27th, 2015
Alberta's oilpatch battens down for changes to royalties and emissions 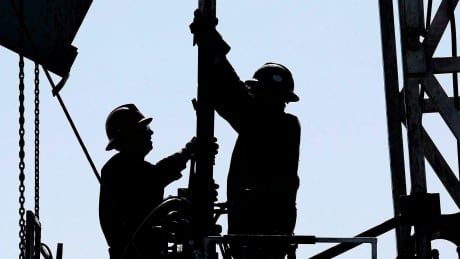 First, a change to the energy regulator, then a carbon tax change, now a royalty review. It was a busy week for Alberta's new government and a week full of uncertainty for the energy sector.

Dave Mowat, the chief executive of ATB Financial, a provincially owned bank, will lead the panel, which will submit a report to government by the end of the year.

The announcement was scant on details. There are no terms of reference and no other panel members have been named.

What was made clear in the announcement is that the royalty review and the climate strategy panel announced on Thursday will be designed in tandem.

"We've been encouraged both by the premier and by industry to look at industry as a whole," said McCuaig-Boyd.

In practical terms, that means the government will be cautious about imposing new costs on industry in a time when profits are essentially non-existent. Analysts suggest that any increase in carbon taxes will cause a decrease in the amount of royalties that a company has to pay.

"You're sort of scavenging," said David Sawyer, an environmental economist with EnviroEconomics.

"You're cannibalizing with no net change. You're reducing your royalty payments because your carbon costs have gone up. So the government's position isn't necessarily better off as a result."

That should be comforting to Alberta's energy industry, but it remains cautious.

The Canadian Association of Petroleum Producers said in a statement that the new climate change rules and price on carbon, plus Alberta's recent corporate tax increase have the potential to add almost $800 million to industry costs over the next two years, which puts investment and jobs at risk.

"We think any royalty review needs to take into account all the changing costs that are coming to our industry," said Tim McMillan, president of CAPP, "whether they be the corporate tax changes or the future panel on carbon."

During the election campaign, the NDP said it would conduct a careful review of Alberta's royalties, to ensure a "full and fair return to the people of Alberta.

That left the impression that the NDP felt that Albertans were not getting their fair share, although McCuaig-Boyd wouldn't commit to that.

"There was a concern from Albertans — are we getting our fair share, could it be different, could it be better? So we're delivering on that promise and reviewing."

Alberta's current energy royalty regime is complex, based on the price of oil and natural gas, the age of a particular well and its monthly production. When oil prices are high, Alberta can collect up to a 40 per cent royalty from a well. When prices are low, that royalty can drop to zero.

Oilsands royalties largely depend on whether the project has earned back its capital costs.

Saskatchewan politicians have been eagerly courting Alberta energy companies to move investment dollars one province over.

McCuaig-Boyd said she is not losing sleep over that possibility. "In talking to industry, I don't get that sense. They're excited about knowing the outcomes from this, and I think that they're willing to wait. I was talking to the president of Imperial Oil yesterday and that was the sense I got from him. They want to know the answer, but are willing to let the process unfold."

For a time, that's likely true.

"From our point of view, both of those [climate strategy and royalty review] are creating uncertainty for our members' ability to raise capital to invest in our economy here in Alberta, said McMillan of CAPP.

"So having them moving forward in a timely matter is important."

Jun 28th, 2015
....geeez I thought Petros would have been all over this thread as the welcome wagon to Saskatchewan.

I thought the NDP would NOT jump right in and scare business away.. but too late.

....geeez I thought Petros would have been all over this thread as the welcome wagon to Saskatchewan.

Well be selling AB our carbon capture tech and our CO2 Enhanced Oil Recovery (EOR) tech like we did with upgraders.

Jun 30th, 2015
saskatchewan is so more advanced then alberta,we have such old and more old decison makers........."old cronies"