Someone asked how business will react to an NDP win? 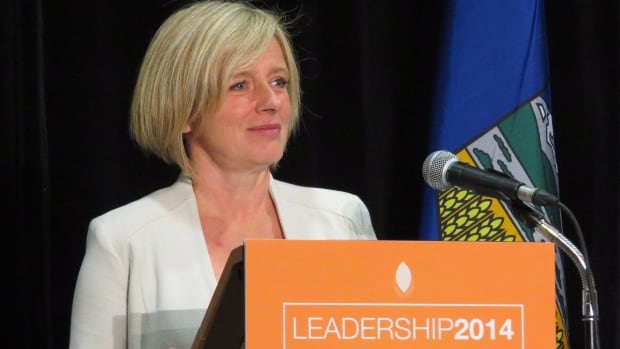 CALGARY - The new reality of an orange-tinged Alberta was beginning to sink in across the oilpatch and Bay Street on Wednesday and, though there were some jitters, many are awaiting more details before they pass judgment.

The NDP's election landslide victory in a province that's been a Progressive Conservative bastion for 44 years stunned Sonny Mottahed, president and CEO of Black Spruce Merchant Capital in Calgary.

"I'm pretty shocked, quite shocked," he said. "There's been quite a bit of chatter this morning about capital already looking at a way to invest outside of Alberta just across borders into B.C. and Saskatchewan."

The NDP has said it would raise corporate taxes to 12 per cent from 10 per cent and examine whether Albertans are getting their fair share of royalties.

The last time Alberta increased royalties, under former premier Ed Stelmach in 2007, there was an uproar from the industry and the changes were rolled back months later. At the time, the global economic downturn was just taking hold and producers were concerned the royalty increase would only compound their woes.

Mottahed said raising taxes and royalties in the current economic environment — with crude prices just beginning to bounce back from six-year lows — would be similarly "catastrophic."

"I think people are now going to be sitting in boardrooms and devising plans and thinking what to do."

Energy stocks were hurting on Wednesday. The group as a whole was off about 2.5 per cent around mid-afternoon. Major oilsands producer Cenovus Energy Inc. (TSX:CVE.TO - News) was down six per cent, while Suncor Energy Inc. (TSX:SU.TO - News) and Canadian Natural Resources Ltd. (TSX:CNQ.TO - News) were down about three per cent.

"It's a bit of a knee-reaction, in my opinion, but at the end of the day what the NDP has brought in is a level of uncertainty, especially on the royalty structure side," said Glenn Paradis, portfolio manager at Canoe Financial.

That means it's going to be harder for Alberta energy companies to make spending decisions, said Paradis.

On Wednesday, incoming premier Rachel Notley said her government would "work collaboratively" with industry leaders and that decisions wouldn't be made without their input.

Jeff Gaulin, vice-president of communications at the Canadian Association of Petroleum Producers, said the group is "very confident that we will be able to work with the new Alberta government."

CAPP has made contact with Notley's team and is expecting to meet with her in the coming weeks.

"The oil and gas industry works with governments of all political stripes across the country, at the federal level, at the provincial level and at the municipal level," he said.

During the campaign, Notley also said she would take a less hands-on role in stumping for certain pipeline proposals — unlike past Progressive Conservative premiers who actively promoted projects like Keystone XL and Northern Gateway.

The CEO of Enbridge Inc. (TSX:ENB.TO - News), the company aiming to build the contentious Northern Gateway oil pipeline to the West Coast, said he's not worried.

"Energy is such a critical issue to Alberta. I'm really not that concerned that it's not going to get the right attention or the right support from the new government," Al Monaco said.

Asim Ghosh, CEO of Husky Energy Inc. (TSX:HSE.TO - News), said it's "business as usual" for its oil and gas operations in Alberta.

"I just remind you we've been around as a company for 75 years," he said.

"You can't change the wind but you can adjust your sails — that's our approach. We don't change our business approach because of political changes."

That may or may not be true. The problem is that the royalty regime in Alberta is ridiculously complex, so complex that it's hard to know what the royalty rates are or how they compare to other provinces and countries.

Some of the things Alberta's royalty rates depend on are the price of oil, natural gas and other liquids, the production levels of an individual well, the age of a well, the depth of a well, the capital costs of an oilsands project, the value of the Canadian dollar, and the return on a Canadian government bond.

It's very expensive to build an oilsands project. The provincial government encourages development in the oilsands by charging as little as one per cent royalty rate during the start-up phase. That one per cent holds if the price of WTI (West Texas Intermediate) is below $55 per barrel and moves up from there.

There's a roughly 60/40 split between projects that have recovered their start-up costs and those that haven't.

If a project has paid off its start-up costs, the royalty rate can be as high as 40 per cent of net revenue, meaning profits from oilsands production. The price of oil needs to be $120 before that royalty rate kicks in.

In practical terms, in the 2015-2016 fiscal year, the provincial government forecasts that it will earn $1.3 billion in bitumen royalties. Working on the assumption of 2.3 million barrels per day of oilsands production, the government will be collecting $1.54 per barrel of oil this year, a 72 per cent drop from the last fiscal year.

According to a report done by the University of Calgary's School of Public Policy, nine per cent of Alberta's production comes from wells that produce less than six barrels of oil a day, which pay between zero and five per cent royalties.

Most of the royalties come from the provinces higher-producing wells  the ones that produce more than 118 barrels per day, those wells pay a royalty rate of up to 40 per cent.

However, there's an exception for new horizontal and vertical wells that have a larger up-front cost. Those wells pay a royalty rate of up to five percent for up to four years depending on the depth of the well. The same report from the University of Calgary estimates approximately 118,000 barrels per day pay that maximum rate of five per cent.

As you can see, it is basically impossible to come up with a single number to accurately describe the royalty rate of Alberta's conventional oil wells, but let's look at the province's own forecast.

It expects to earn $594 million from conventional oil in this fiscal year, on crown production of 460,000 barrels per day of production, that averages out to a $3.53 per barrel.

"You can't change the wind but you can adjust your sails  that's our approach. We don't change our business approach because of political changes."

Wait. . . isn't "adjusting your sails" pretty much a metaphor for changing your business approach?

Wait. . . isn't "adjusting your sails" pretty much a metaphor for changing your business approach?

Guess you'll just have to email Asim Ghosh, the CEO of Husky Energy Inc., the fella who said that.