Blackleaf
#1 Oct 3rd, 2013
The RAF's famous 617 Squadron - known as The Dambusters because of its destruction of German dams during WWII - is preparing for its final tour before disbandment.

However, the disbandment is only temporary as it will be re-formed in 2016 to fly the new Lighning II aircraft, of which the RAF is to get 138 of. 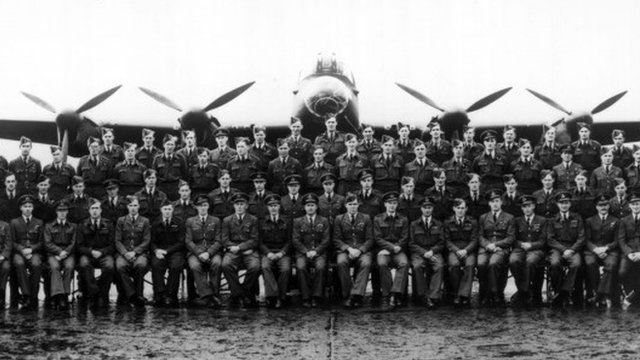 After its deployment to Afghanistan, the Dambusters unit will be wound down, as Caroline Wyatt reports

The RAF's 617 Squadron - better known as the Dambusters - will disband next year. It will re-form in 2016 as the first squadron to fly Britain's new Lightning II aircraft but its current members are preparing for their last deployment.

A black and white photograph of their legendary predecessors hangs on the wall of the briefing room, watching over the men and women of today's Dambusters squadron as they prepare for operations over Afghanistan.

As they pore over maps and imagery of astonishing clarity from the Tornado GR4s of today's warzone in Afghanistan, Wing Commander Guy Gibson, immortalised in the film The Dambusters, smiles down confidently from the photo at those following in his footsteps.

His words of March 1943, "This squadron will either make history or be wiped out," are picked out on another photo on the wall of the crews' kitchen at RAF Lossiemouth in Scotland.

There, an enormous album contains the somewhat cloudier imagery available to the original Dambusters as they prepared their historic raid over Nazi Germany.

In that mission, carried out on the night of 16-17 May 1943, 19 Lancaster bombers used specially designed "bouncing bombs" to destroy two dams in the Ruhr Valley.

The breaching of the dams disrupted supplies of power and water, flooded German infrastructure including power stations, and forced a vast and costly repair operation.

The walls of today's Dambusters base preserve the telegrams sent to the squadron congratulating them on the success of their most famous raid, as well as later missions, such as the sinking of the Tirpitz.

"Congratulations on a splendid mission," reads one, while another has heartfelt thanks from the King and Queen, photographed with the squadron in May 1943. 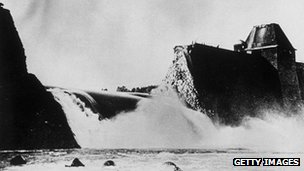 Yet another has po-faced queries over the suitability of the unit's chosen motto "Apres moi, le deluge" - After me, the flood - because of its association with Louis XV and Madame de Pompadour.

Re: Dambusters prepare for final tour before disbandment

Oct 3rd, 2013
So since 1943 they just been sitting around with their thumbs up their hoops waiting for a dam to blow up? And the Brit AF has taken this long to figure out they've had nothing to do since 1943? lol Funny shyte.

0
Lancaster bomber flypast marks 70 years since the Dambusters
by Blackleaf | May 18th, 2013
2
Bomber Harris thought the Dambusters' attacks on Germany 'achieved nothing'
by Blackleaf | Aug 16th, 2009
8
Pictured: Lancaster bomber in dramatic flypast to mark 65th anniversary of Dambusters
by Blackleaf | May 18th, 2008
5
How do you prepare for job interviews?
by Ganda | Apr 22nd, 2005
CCIM © . All rights reserved.
About CC | Contact Us | Terms of Service | Archive | Free Software Downloads
Powered by vBulletin® Version 3.8.11
Copyright ©2000 - 2020, Jelsoft Enterprises Ltd.