Earthlings may now be living on the Moon 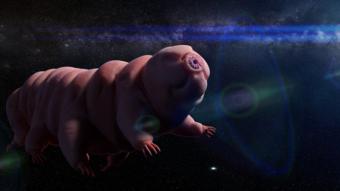 The moon might now be home to thousands of planet Earth's most indestructible animals.

Tardigrades - often called water bears - are creatures under a millimetre long that can survive being heated to 150C and frozen to almost absolute zero.

They were travelling on an Israeli spacecraft that crash-landed on the moon in April.

And the co-founder of the organisation that put them there thinks they're almost definitely still alive.

The water bears had been dehydrated to place them in suspended animation and then encased in artificial amber.

"We believe the chances of survival for the tardigrades... are extremely high," Arch Mission Foundation boss Nova Spivack said.
https://www.bbc.co.uk/news/newsbeat-49265125