from a guy who will not participate in clinical trials.
too scary

So, have you tried out for any clinical trials lately? Just asking.

Yeah, that power grab stunt should not be ignored. How anyone votes Liberal next time after all the scandals, blackface and now this is beyond me.

Judging by all of the fools listening to this fool, he will probably get voted back into power in the next election. Most Canadians are nothing more than a bunch of easily trained seals. If their politicians and the media can easily condition them into believing that this pandemic exercise is for real then they can be trained to do seal tricks with no problem.

What is being done with these tests being done is that anyone who dies, say, from a heart attack they do an autopsy and blood test. And anyone who has been tested after they die has been found to have this one virus in them then they are lumped in with the ones that die from this virus. That is why the numbers are so high.

This so called virus is not any different to any other viruses out there and they are all being lumped into this one virus. Yes, there are people dying but what are they all dying from? They can't be all just dying from this virus only but the politicians and the media want to make it appear so. They appear to be putting all deaths now and combine them all into this one virus. It helps with the stats and helps to create more fear and panic among their now trained seals.

So for those of you who think this is all just a BS scheme and it's no big deal and what-fuking-not and lastly don't think you need to listen to the experts and follow their directions... you should be charged with wanton disregard of human life and locked up until this all goes away.
Doing so will at least make sure those people who could die from this all because you're being a selfish fuking asshole have a fighting chance to survive.

Look up-look up. The sky is falling down. Hurry, look for a cave to hide in. Make sure to grab some toilet paper first though. Lol.

It's gullible fools like you that help keep this farce and hoax going. It is all just a bull shit scheme. The evidence is out there to show you that it is. But being a trained seal like your you are, you do not want to get and hear the other side of the story. You should be arrested for having caused so much harm to so many people who have lost their jobs because of you. They may even lose their homes thanks to the fools out there who keep spreading this lie. Pathetic.

How would you know if someone did not get the hoax seasonal bug while at home, and not from outside walking around outside in the fresh air? Now I know why Turdeau is the prime mistake of Canukistan. I bet you voted for that fool, right?

When in crisis, humour is better than constant negativity.
Like all that Social Distancing going on while everyone is fighting over toilet paper.. 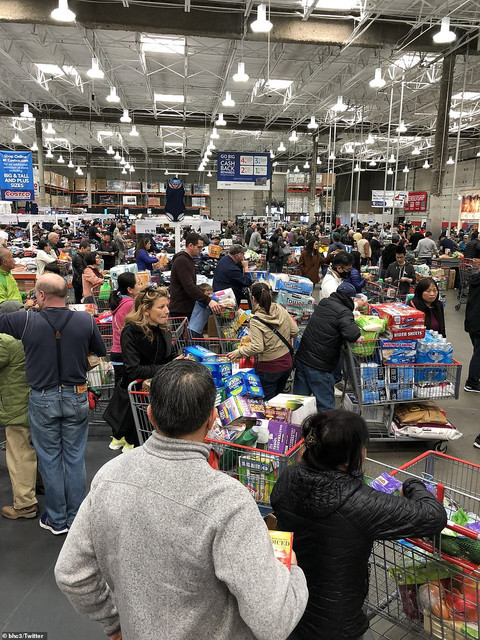 One person with COVID-19 in that bunch, and toilet paper will be the least of their concerns.
Yet Walmart, Costco promote this behavior.

I cannot wait for those days to return where I can mix and mingle and socialize with other people and not have to worry about keeping my social distance or as some call it, social engineering. Bring back the right to assembly. Works for me!

By then everybody will have gone insane thanks to the buffoons that help keep this hoax of a virus alive. And our lying politicians and the fake media will gladly oblige.

But I am now practicing my social distance from people. I am keeping six feet away from those silly stupid sky is falling down virus fools. Yo-ho, bro. Lol.


for 30 days of mental health observation!