Hopewell have a Fundy day, today!

Jul 1st, 2019
the pm will be celebrating her last Canada day.

I like the "Google".
Hopewell have a Fundy day, today!

Jul 1st, 2019
Couple more stirs and that will be 'blizzard'. I'm a bit new with this particular caldron. Seems to be too 'sticky and thick' . . . .
Southern Ontario is in a buzzard's gullet.

Jul 1st, 2019
The new map of Canada, gather round the circles as those are where the Company Towns will be.

The new map of Canada, gather round the circles as those are where the Company Towns will be.

We have a head office in our town...

As in "Head Orifice". (Tab "A" goes into slot "B". )
Enjoy your double double extra large dark covfefe.

Penetanguishene ... That up in whine country, isn't it?

That up in whine country, isn't it?

You should know as you have never left that country.

Jul 7th, 2019
MARIN: PM sinks to new low by using Canada Day to push Liberal brand
Andre Marin
Published:
July 6, 2019
Updated:
July 6, 2019 6:54 PM EDT
Prime Minister Justin Trudeau speaks during Canada Day festivities on Parliament Hill in Ottawa, Ontario, Canada July 1, 2019. Patrick Doyle / Reuters
Prime Minister Justin Trudeau has transformed the federal government into the most partisan one in recent memory, if not the history of Canada.
Trudeaus speech on Canada Day marked one of the lowest points in pushing the Liberal brand. Its as if he borrowed a page from U.S. President Donald Trumps playbook, turning what should have been a unifying, stately address into a cheap political attempt to score political points six months before the election.
Trudeau said: This year, we have a lot to celebrate. In the last four years, Canadians have created more than a million new jobs. The unemployment rate is at its lowest since the 1970s. And across the country, 825,000 Canadians have been lifted out of poverty.
Three days later, on his countrys Independence Day, Trump was engaging in the same kinds of crass politics, rebranding the day A Salute to America, which was more like a salute to Trump politics, replete with tanks and other military hardware. It looked more like a Trump political rally, with VIP seats reserved for republican donors, than a dignified affair.
Meanwhile, last week CBC broke the news story that five out of the last six judicial appointments by the federal government in New Brunswick were buddies with former cabinet minister and MPP Dominic Leblanc. Apparently, it only costs $400 to get a $314,400 job until youre 75 years old with the best gold-plated pension plan in the country.
Thats the amount three of the judges contributed to paying down Leblancs $31,000 debt incurred in his failed bid to run for leadership of the Liberal party. To be fair, they are also in the books for making multiple donations to the Liberal party after that. Its like paying an extra premium on an insurance policy to ensure you get the big prize.
LILLEY: Trudeau is campaigning for re-election on your dime
NICHOLLS: If Trudeau loses it wont be funny  and thats the problem
And these appointments are not isolated incidents.
To really make sure appointments are given to good, friendly Liberals, the Prime Ministers Office runs applicants through a private party database  appropriately named Liberalist  so that only the faithful get ahead.
Its no surprise that 1,187 contributions were matched to 83 judges, according to a Globe and Mail report that also stated, 90.4% of all judges who made donations, gave to the Liberal party or its candidates.
Trudeaus reaction was lame.
We have a merit-based, transparent appointment system, he said. We are pleased that we have nominated top-notch judges right across the country  and we will continue to.
He should have added: As long as they are Liberal donors.
The politicization of the government doesnt limit itself to Canada Day speeches or the judiciary.
Not so long ago, we witnessed Michael Wernick, Canadas top bureaucrat, testify before a House of Commons committee giving an over-the-top partisan rendition of how he manhandled former attorney general Jody Wilson-Raybould, wrestling her to get a deferred prosecution agreement.
For good measure, along the line he lavished with praise Minister of Crown-Indigenous Relations Carolyn Bennett even though she had nothing to do with the matter at hand.
After a public outcry, Wernick left his post.
The current state of the federal government is a far cry from what we were promised during the 2015 election. Trudeau promised politics done differently.
Perhaps Ontario Liberal interim leader John Fraser, who appears completely out of his depth, should have a sit-down with Trudeau.
Fraser is trying to manufacture a scandal out of a handful of patronage appointments handed out by Premier Doug Fords former chief of staff Dean French. All the appointments were rescinded by Ford and French was fired.
No such luck with the Liberal judges. Theyre there for life.
Merit-based appointments were a cornerstone of the Liberal platform  something to remember in the upcoming October election.
http://torontosun.com/opinion/column...-liberal-brand

All they need to do is get it out of the Aviation Museum in Rockliffe and wheel it through the Sparks Street Mall behind one of those famous-but-now-banned Ottawa chip wagons while we all sing the official Liberal Party of Canada anthem:

Penetanguishene ... That up in whine country, isn't it?

Stealing one of my puns now are ya? You Plagiarizers really suck the weener, dooood.

It would be more real than any fakenews sites you are reading now. 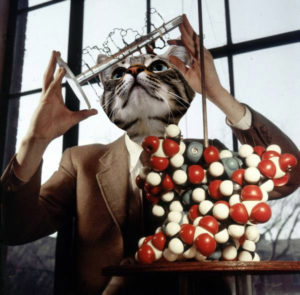 Cats Are Superior To Dogs In Every Way, New Study Conducted By Cat Scientists Confirms
June 30, 2019

BOSTON, Mowsachusetts - A group of cat scientists in Boston say that they have come to the scientific conclusion that cats are better than dogs in "every conceivable way," and that their research is to be ...
https://empirenews.net/

Aug 16th, 2019
I wonder who he lived above. Only apartment in LA that buys cold weather staring fluid by the case.