spaminator
#1 Jul 15th, 2017
Walmart yanks offensive t-shirt with teepees, arrow off shelves
THE CANADIAN PRESS
First posted: Friday, July 14, 2017 04:14 PM EDT | Updated: Friday, July 14, 2017 04:24 PM EDT
TORONTO  Walmart Canada says it is pulling a onesie off its shelves after receiving complaints that said the garment was offensive to Indigenous people.
The onesie had the phrase I Still Live With My Parents written on it with illustrations of teepees and an arrow.
Walmart Canada says the graphic on the item does not represent its beliefs and has no place in its stores.
Some people took to Twitter saying the garment was offensive because Indigenous children disproportionately go to foster care.
Others suggested it was insensitive given Canadas history with residential schools.
Anika Malik, a spokeswoman for Walmart, says the company apologizes for any unintended offence. 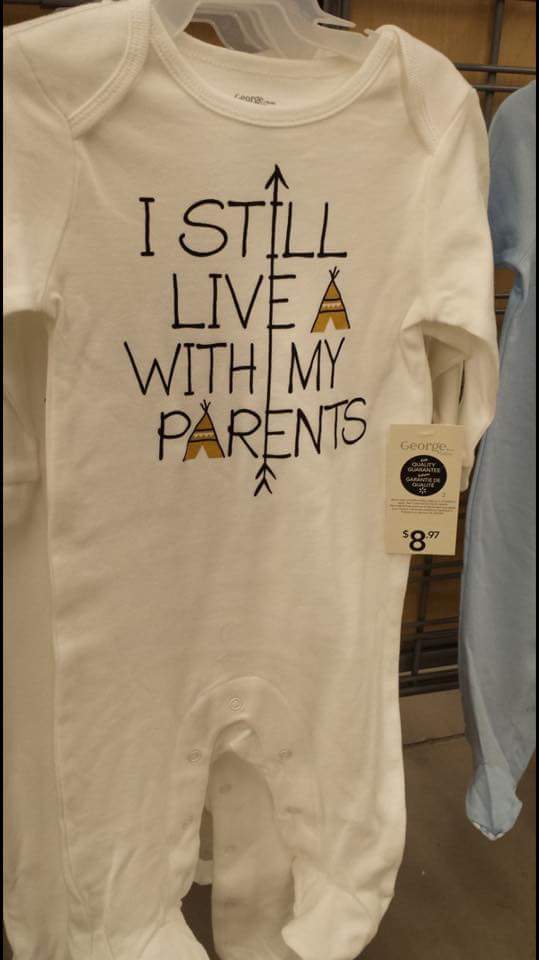 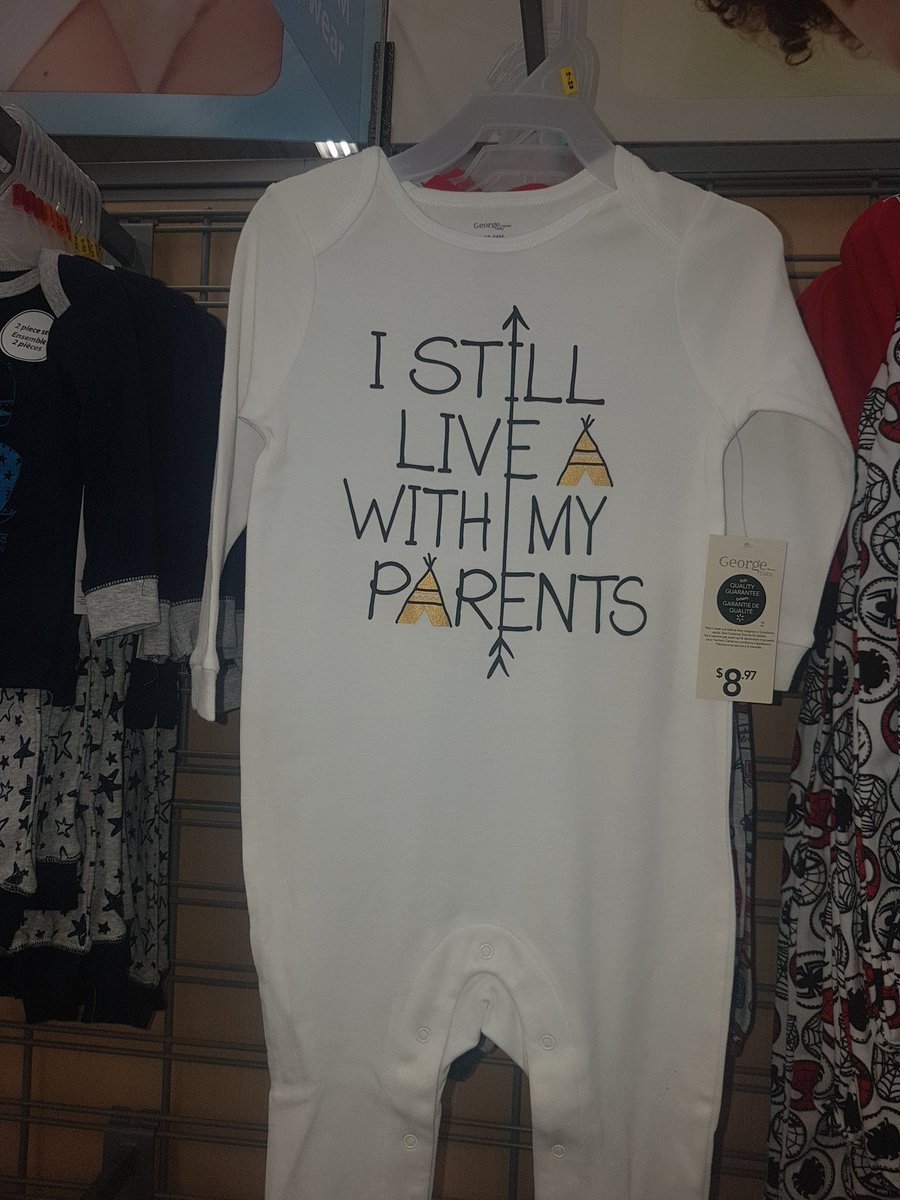 Re: Walmart yanks offensive t-shirt with teepees, arrow off shelves