Why is the red dragon on the Welsh flag?

It is flown across the world to mark sporting events and St David's Day every 1 March.

But do you know where the flag came from, and why it features a red dragon?

The answer is both old and new.

Wales history: Why is the red dragon on the Welsh flag? 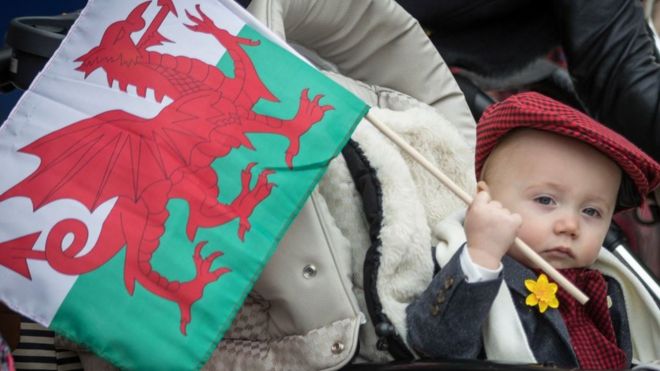 Why is the red dragon (Y Ddraig Goch) the emblem of Wales?

It is flown across the world to mark sporting events and St David's Day every 1 March.

But do you know where the flag came from, and why it features a red dragon?

The answer is both old and new.

Graham Bartram, of the Flag Institute, said: "The Welsh flag we know today - a large red dragon on a white and green background - only came into being in 1959.

"But, in fact, the red dragon as an emblem has been used in Wales since the reign of Cadwaladr (Cadwallader), King of Gwynedd from around 655AD."

Or even before this, according to Mared Llywelyn who wrote her Aberystwyth University Masters research on the dragon. She said it was largely popularised across Britain by the Romans, who used to fix bronze and silk dragons to their lances during battle.

"The Romans used the dragon as a war emblem and it is believed that they had a military flag called the draco, which was a piece of cloth on a long pole that made a hissing sound when the wind blew through it, it would have looked very similar to a dragon from afar," she said.

During the 5th and 10th Centuries, dragons increased in popularity across Britain, moving from a more serpent like image to a creature often with four legs and wings.

According to Ms Llywelyn, the words dragon and dreic appeared in early Welsh texts from the 6th Century.

While in the 12th Century legend of Merlin, two sleeping dragons - one red, one white - wake up and begin fighting, coming to represent the struggle between the Welsh (red) and the English (white).

Such was the fascination with the mythical creatures that when ruler Owain Glyndŵr attacked Caernarfon Castle in 1401, he reportedly flew a flag depicting a golden dragon. 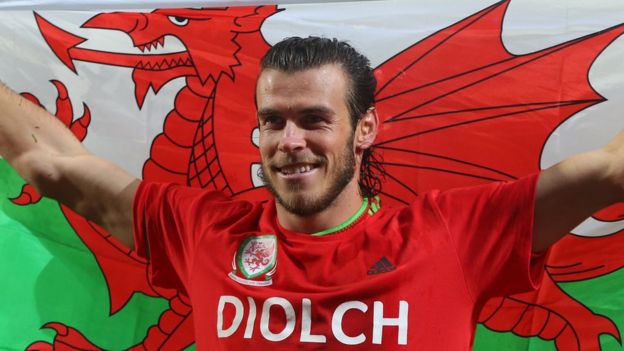 Mr Bartram said: "In later centuries, a white dragon was used to represent the Anglo-Saxons poetically, while a yellow dragon on a red background was used by the kingdom of Wessex."

Still, the red dragon often reigned supreme, with many Welsh poets writing about it.

Miss Llywelyn added: "Compared to other nations, the Welsh have had a positive relationship with the dragon over the centuries, with heroes praised for being dragon-like."

It was the Tudors, though, who helped cement the red dragon's place in history.

From the late 15th Century, Henry Tudor (later Henry VII) placed a red dragon on top of the Tudor colours of white and green during the Battle of Bosworth in 1485.

This was his attempt to prove that he was a descendant of Cadwaladr, King of Gwynedd and the last of the Briton Kings - his banner was originally the red dragon.

Such was its prolific position throughout history, in 1807, after the union of parliaments of Great Britain and Ireland, the red dragon was adopted as an emblem for Wales. 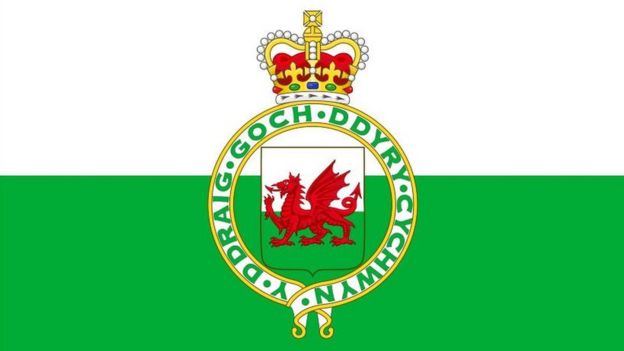 The 1953 flag, which provoked criticism

The essence of this design was then used to form the first official Welsh flag, created for the Queen's coronation in 1953.

This augmented badge was placed on a white flag and flown over government buildings on appropriate occasions.

But in 1958 the Gorsedd of Bards (comprising poets, writers and artists who have made a distinguished contribution to the Welsh language), expressed the wish that the red dragon flag be recognised as the national flag of Wales, instead of this augmented badge.

This article was inspired by a question sent to us by Gillian Arnold, a Californian originally from Cardiff.

She said: "Although I have lived in California for 30 years, I still go back home to Cardiff to visit my family.

"My reason for asking about our flag is that I am fiercely Welsh and promote Wales all the time.

"People love our flag because it is so unusual. They ask why we have a dragon."