The world's most gruesome burial sites

Blackleaf
+1
#1 May 19th, 2019
Skulls and bones are a given in the every day life of an archaeologists but sometimes burials are stumbled upon that are so shocking, they take everyone by surprise.

The following are some of the most gruesome ancient burial and sacrifice sites that have ever been discovered...

Some archaeological discoveries are more haunting than others...

By Charlotte Edwards, Digital Technology and Science Reporter
19th May 2019
The Sun on Sunday

SKULLS and bones are a given in the every day life of an archaeologists but sometimes burials are stumbled upon that are so shocking, they take everyone by surprise.

The following are some of the most gruesome ancient burial and sacrifice sites that have ever been discovered. 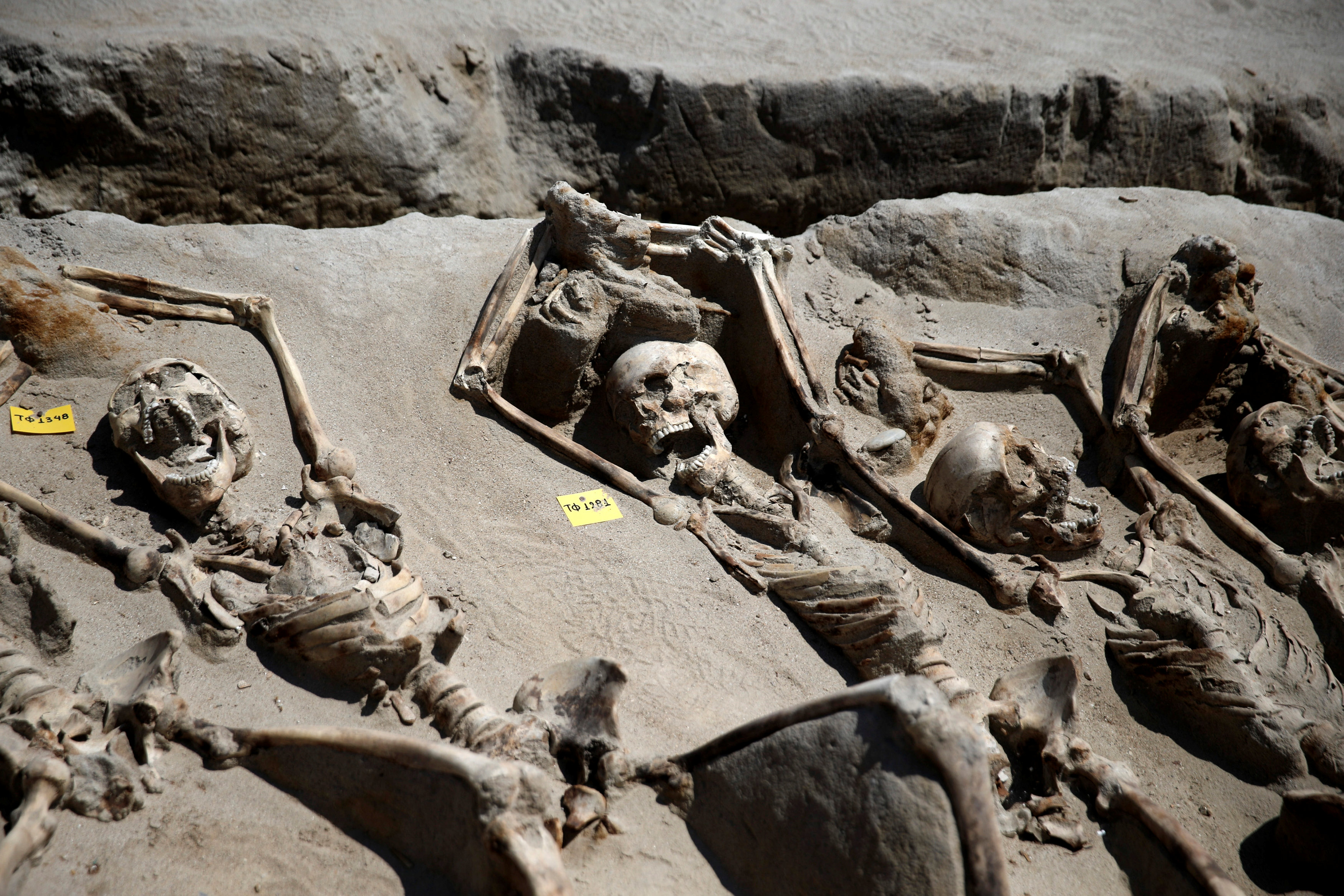 80 handcuffed skeletons were found together

A mass grave in an ancient Greek cemetery was found to contain 80 skeletons all with their wrists clamped in iron shackles.

Archaeologists think they were victims of a mass execution but why this happened remains a mystery.

All the remains suggest that the people would have been quite young and in good health when they were killed. 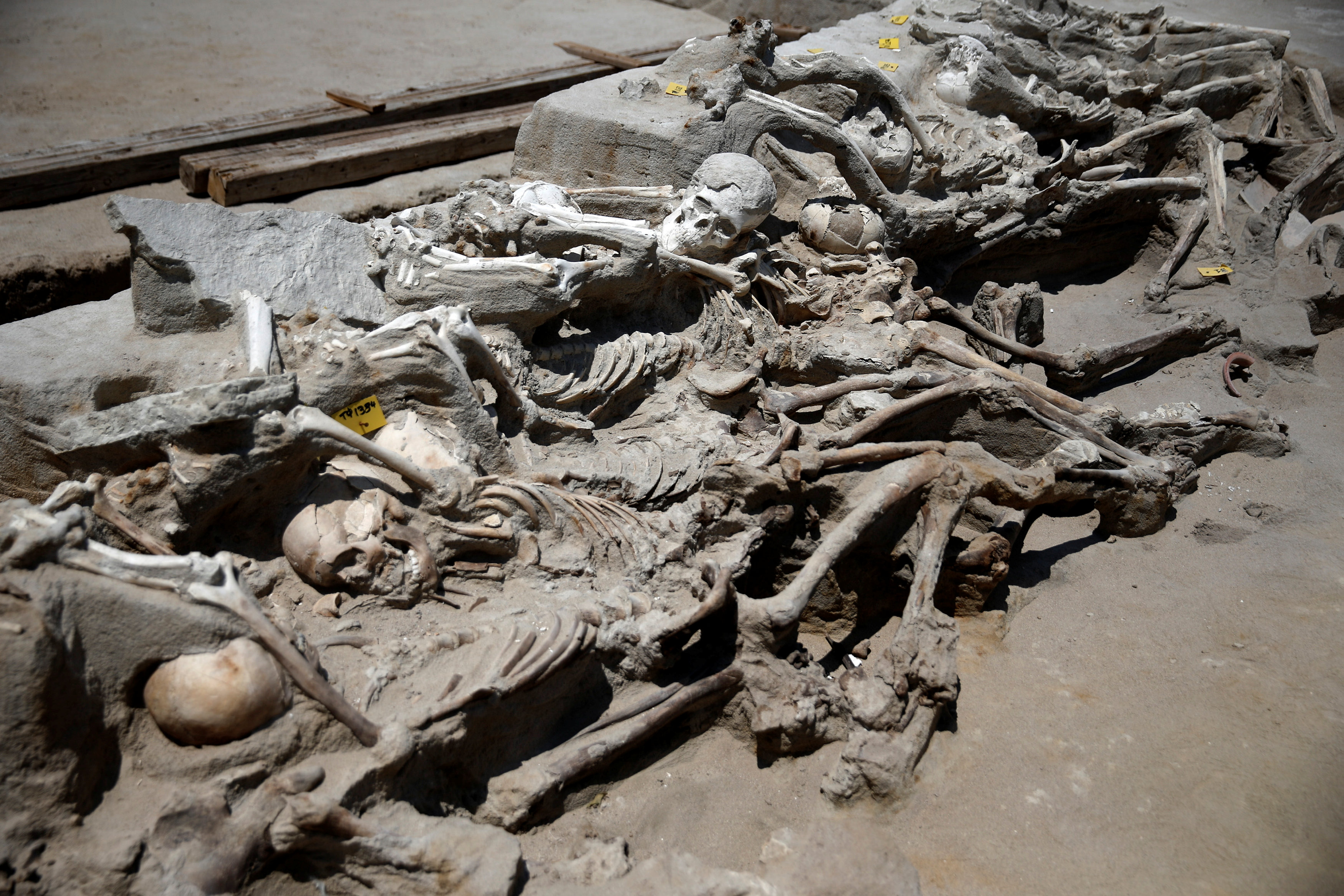 The skeletons were found in an ancient cemetery 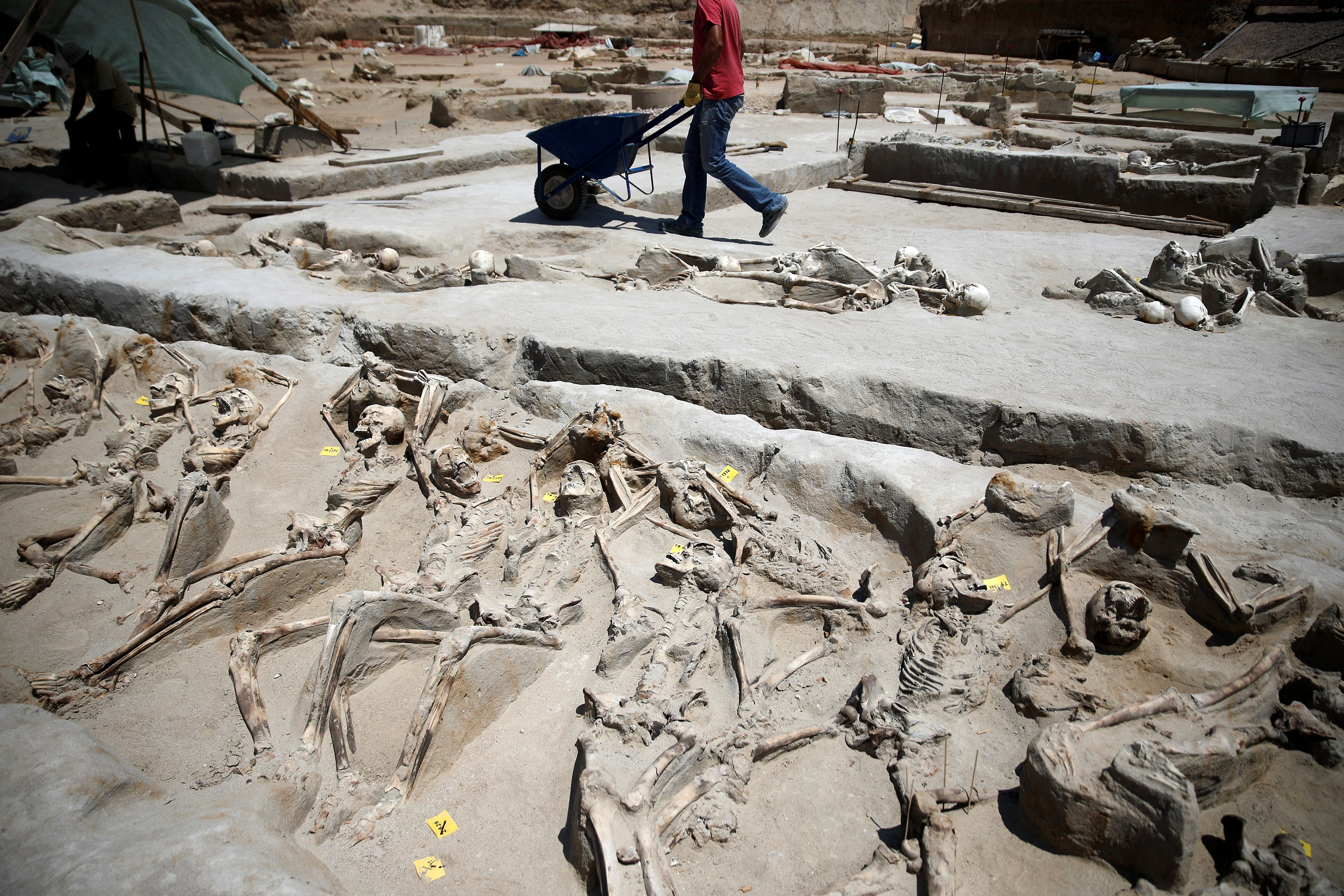 They were lined up in rows or twisted together

As the cemetery dates from between the 8th and 5th century BC, one strong theory suggests that the victims were supporters of a man called Cylon who tried to overthrow the Athenian government and failed.

When the coup failed, Cylon managed to escape but everyone who had supported him was murdered. 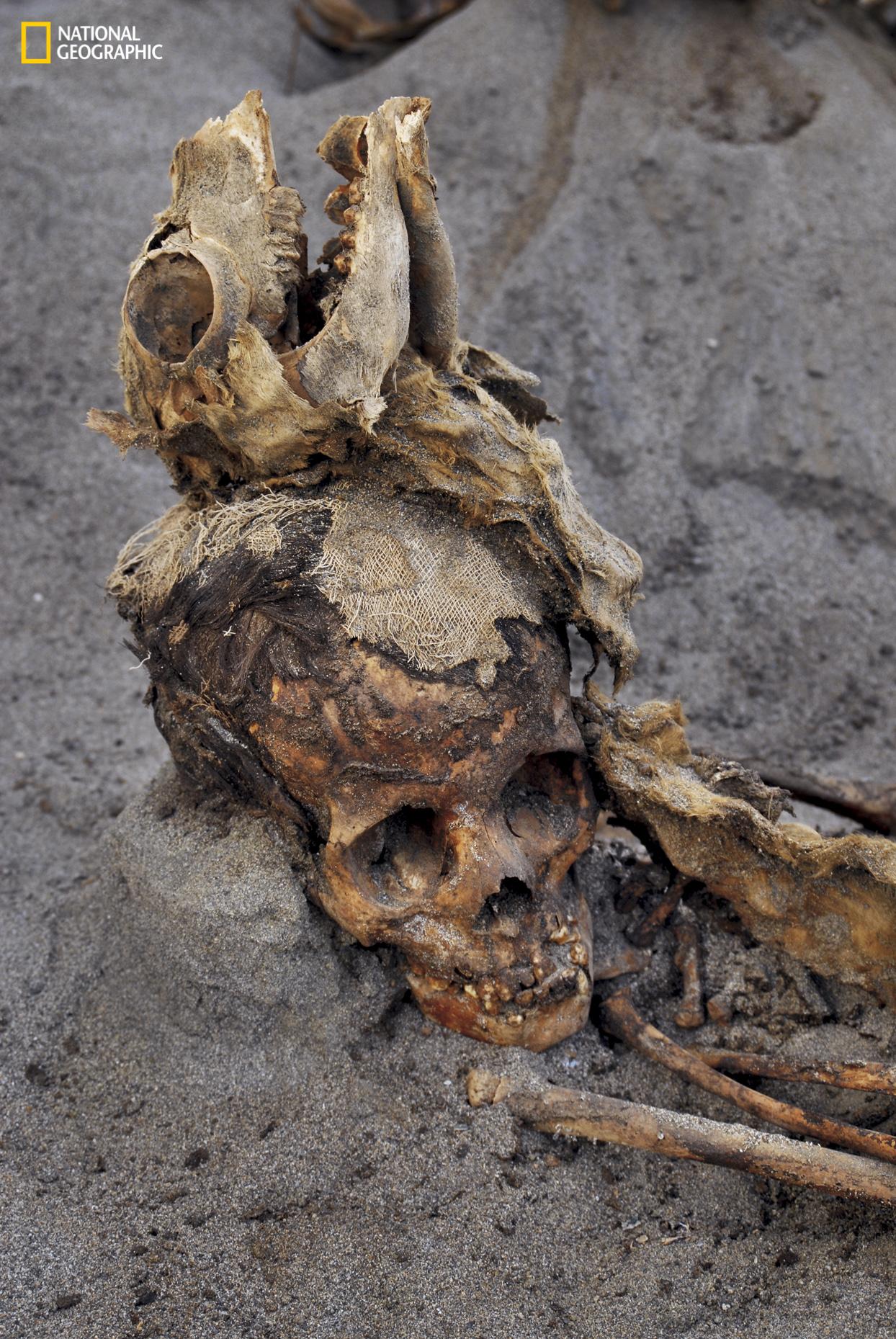 The remains of nearly 270 children sacrificed to the gods 500 years ago were recently found in a gruesome ancient mass grave in Peru.

The victims were all aged between five and 14 and were slaughtered at the same time.

This incident is regarded as the largest child sacrifice event in the world and was carried out by the country's Chimú tribe. 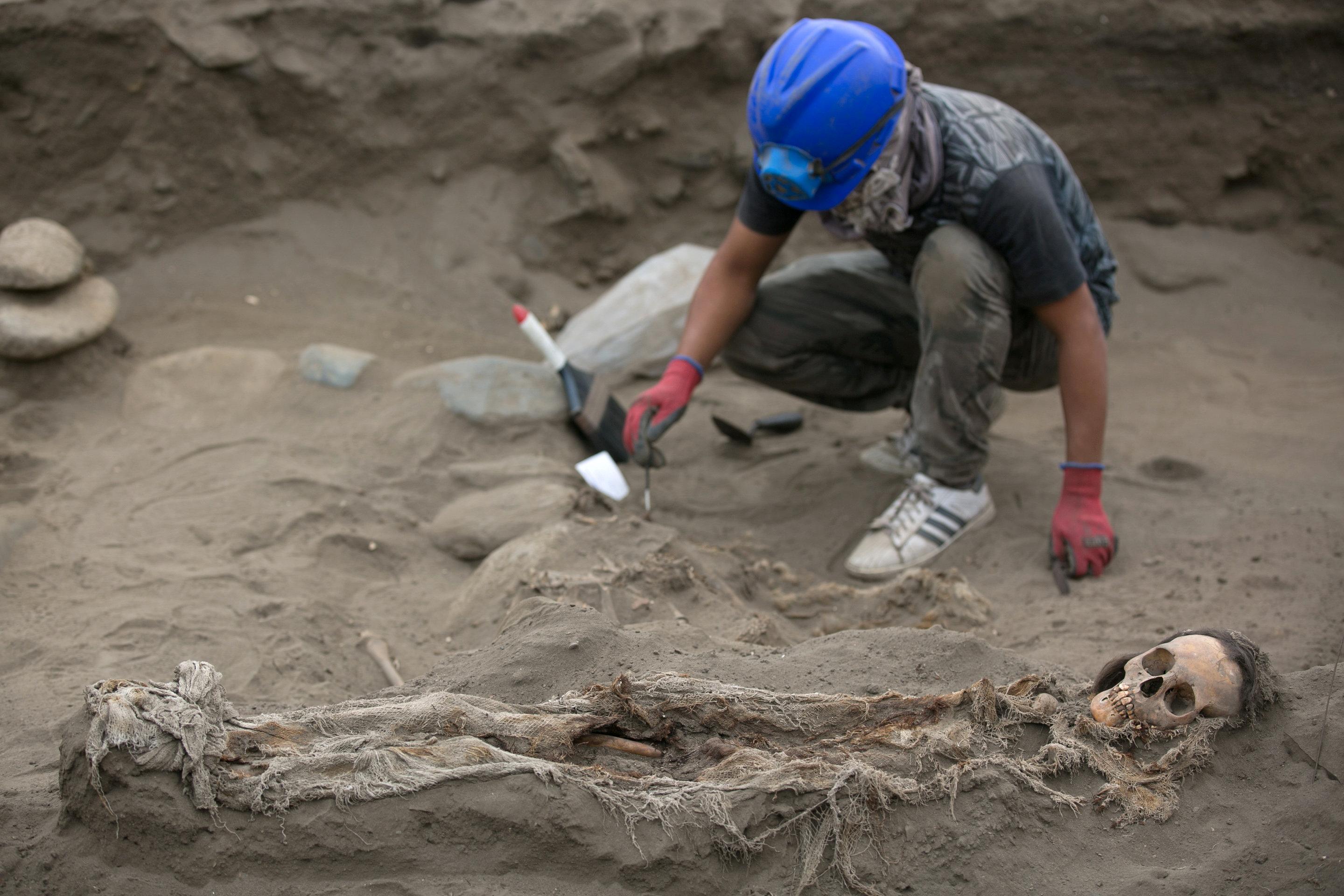 The child victims have dislocated rib cages, suggesting whoever carried out the bloody sacrifices tried to tear out their hearts.

It is thought that they were sacrificed to try and prevent further flooding and lots of llamas were killed at the same time. 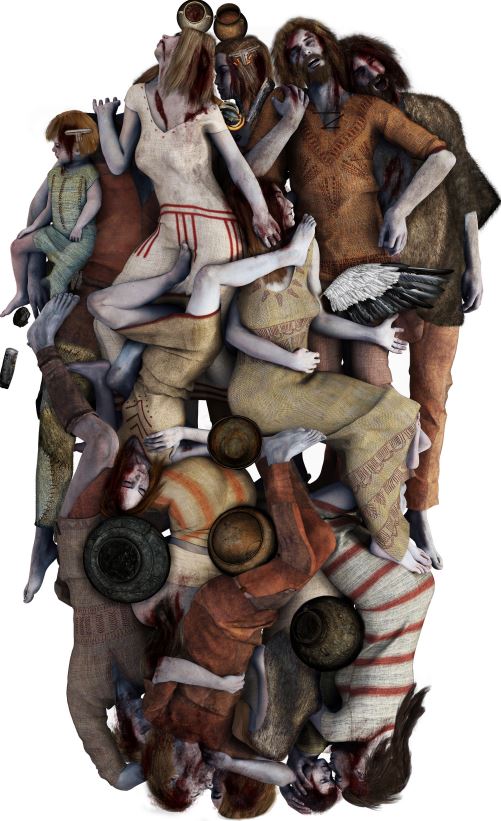 Archaeologists recently discovered that a 5,000 year old mass grave site was the result of a tragic family massacre.

The burial site in Poland contains the bodies of men, women and children who all had their skulls smashed to pieces.

Fresh DNA analysis of the remains has revealed that all of the skeletons in the grave were related and mothers have been carefully buried cradling their children. 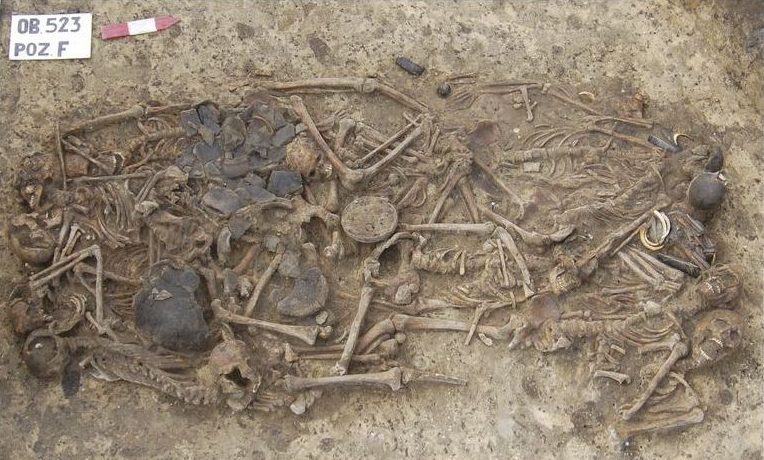 The grave does not have any fathers in it and only contains a small number of male bodies, suggesting that the family was murdered whilst the fathers were away.

The fathers may have been the ones to bury their loved ones when they returned as whoever created the grave clearly made sure that the bodies were buried next to their closest family members. 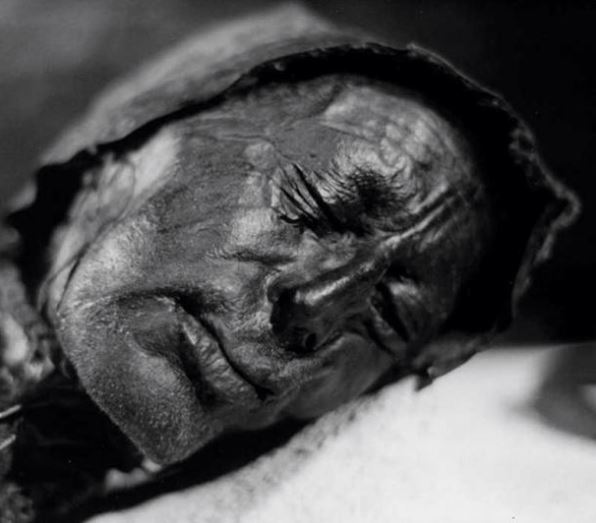 In 1950, experts found a bog body with a "face so fresh they could only suppose they had stumbled on a recent murder."

The corpse, referred to as the Tollund man, is probably the most well-preserved body from prehistoric times in the whole world.

A plaited leather noose wrapped tightly around his neck was found with the body, and this is probably what killed him over 2,300 years ago. 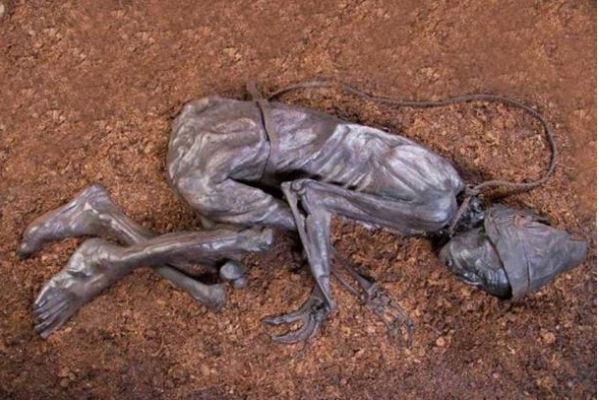 A plaited leather noose was found wrapped tightly around his neck

He was found in the same bog as another body called the Ellin Woman in Denmark.

It is likely he was sacrificed as an offering to the gods.

In other news, an ancient skull has revealed that the Mayans used peoples severed heads as incense burners after brutal sacrifices.

Traces of cocaine and the psychedelic compound DMT have been found by scientists in an ancient witch doctor's pouch.

And, a huge collection of giant ancient jars where people dumped corpses a thousand years ago has been found in Southeast Asia.

Which of the burials do you think is the most disturbing? Let us know in the comments...

Not to mention all the people who will die because of global warming taxes and the related legal stupidities being sacrificed to the sun god.

Not to mention all the people who will die because of global warming taxes and the related legal stupidities being sacrificed to the sun god.

Study: Cold kills 20 times more people than heat
https://www.usatoda is God make no mistake about that, it shines or we don,t. And there,s god. That red ball in the sky shines or we,re don,t. It,s just an opinion though many of you may prefere Jesus Christ, just another Sun God.
Last edited by darkbeaver; Jun 5th, 2019 at 10:15 PM..

Jun 5th, 2019
I,m goinout on the limb here at last, my intent is to control the world using Canadian Content to subvert the unsuspeciong massees of which I reeckon abopund, the stupid replicate with astoundinfg regularity, My mission in life is the emjansipation of the strupid, so that we might fukup the next generation, I don,t think we,ll have much opposition becauise we educated them.\ I don,t know how you under thirtys still persist in the face of the preceeding genjeration, we were told you were losers one and all. I have my doubts as to the veracity of that pronunskiation. I think you,ll do all right anjd us crusatations will fall off our rocks sooner

That are Christian object!

That are Christian object!

You mean 'business' don't you. Create some young sluts that get banged uo and give them the operation for free and sell the parts at 100x the price of the operation. Why not give some (50x) to the mother and there would be a lineup longer than the one for Boxing Day every day of the years, Boxing Day included.

"Panama" is crowded with graves.

I think we will agree that most of the time it is innocents in them rather than evil fukkers like . . . .