The riddle of Winchester Cathedral's skeletons

Blackleaf
#1 May 18th, 2019
For centuries bones believed to be the remains of Anglo-Saxon and early Norman rulers and bishops have been kept in mortuary chests in Winchester Cathedral.

Over the years the skeletal remains have been mixed up and moved around, resulting in some confusion over whose they are.

Fresh research has now dated the contents of the chests and established that the only bones from a mature female are likely to be those of Queen Emma of Normandy.

The riddle of Winchester Cathedral's skeletons 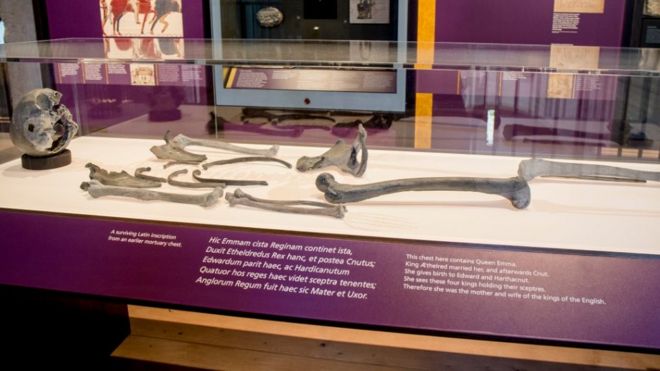 For centuries bones believed to be the remains of Anglo-Saxon and early Norman rulers and bishops have been kept in mortuary chests in Winchester Cathedral.

Over the years the skeletal remains have been mixed up and moved around, resulting in some confusion over whose they are.

Fresh research has now dated the contents of the chests and established that the only bones from a mature female are likely to be those of Queen Emma of Normandy.

But that is only the first piece in a puzzle researchers from the University of Bristol are now trying to solve.

They will use DNA extracted from the bones to try to establish the identity of the other 22 people whose remains were in the wooden caskets.

* Radiocarbon dating which indicates when each individual lived and died

She said: "We will be trying to tie these three stands of evidence together to add another piece to this puzzle."

Twelve names are inscribed on the caskets - nine kings, one queen and two bishops but many others are thought to have been buried at Winchester Cathedral, or the Old Minster, which was demolished in 1093 after the new cathedral had been built.

Radiocarbon dating has confirmed that the bones date from the same periods as the names on the chests.

"There are also historical records of people who may have been put in [the caskets] so we have more names than the inscriptions give us," Dr Dawson-Hobbis added.

"But most of these individuals we won't be able to give a named identity to. For example, we don't have any names for the two juveniles found." 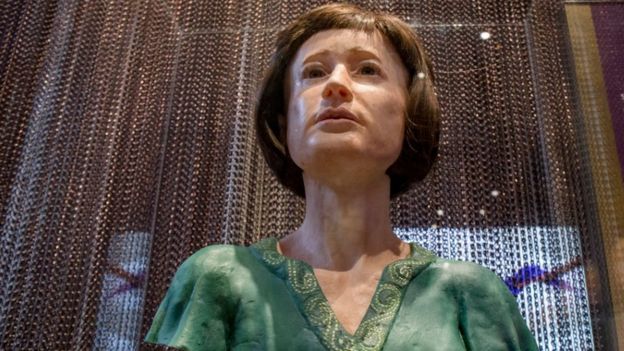 Researchers were surprised to find the skeletons of two boys aged between 10 and 15 who were "almost certainly of royal blood".

Radiocarbon dating showed they lived and died sometime between 1050 and 1200. Analysis of their DNA should hopefully show if they are related.

Even if they were brothers, they were probably not the young sons of King Edward IV - Edward, 12, and Richard, nine - thought to have been locked in the Tower of London and murdered 300 years later in 1483.

Dr Dawson-Hobbis said there were no direct descendants alive today who would be used to compare the DNA with.

Instead researchers will be looking at the "familial relations between the individuals in the caskets to establish if and how they are related".

By mapping out how the different individuals are related to each other, researchers hope to match those findings to historical records and royal family trees and be able to name some of them.

No other material, such as hair or skin, remains but the bones themselves have been well preserved in the caskets.

Dr Dawson-Hobbis added: "Considering we can get DNA from Neanderthal bones from tens of thousands of years ago, getting DNA from these bones is not difficult." 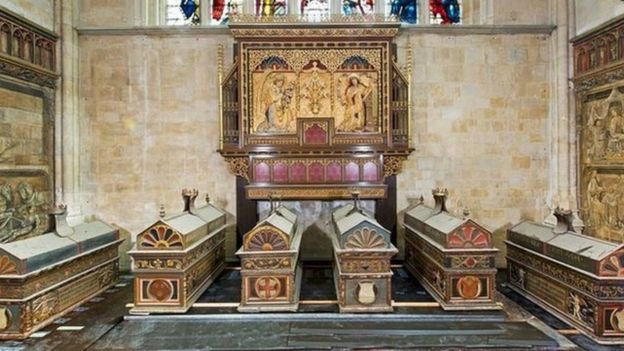 Whose names are on the caskets?

King William (II) Rufus - the son of William the Conqueror who inherited the English throne.

He died 1100 when he was shot by an arrow while out hunting in the New Forest. It was accepted as an accident, but could have been an assassination.

It has been suggested that his alleged slayer, Walter Tirel, was acting under orders from William's younger brother, Henry, who promptly seized the throne as Henry I. 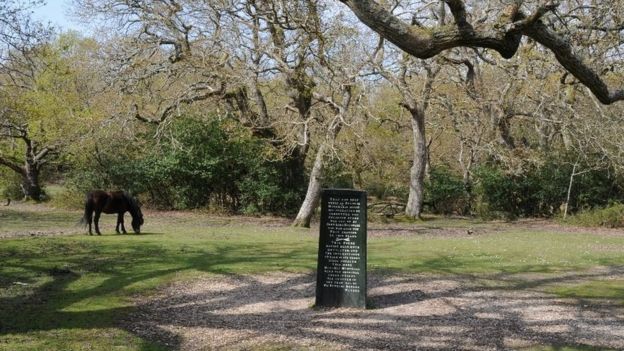 The Rufus Stone marks the spot in the New Forest where King William II Rufus was "slain", "laid in a cart" and "drawn from hence to Winchester and buried in the cathedral church"

Queen Emma - the great-aunt of William the Conqueror and the daughter of Richard I, Duke of Normandy.

A key political figure in her own right, she gave the dukes of Normandy a hereditary claim to the English throne, leading to the Norman Conquest in 1066. She died in 1052.

King Cnut the Great - King of England, Denmark and Norway.

A Danish prince, he won the throne of England in 1016 in the wake of centuries of Viking activity in north-western Europe. He died 1035.

King Edmund Ironside - King of England for just seven months in 1016 before his death.

He agreed to partition England between English (Wessex) and Danish rule (the rest) under Cnut. 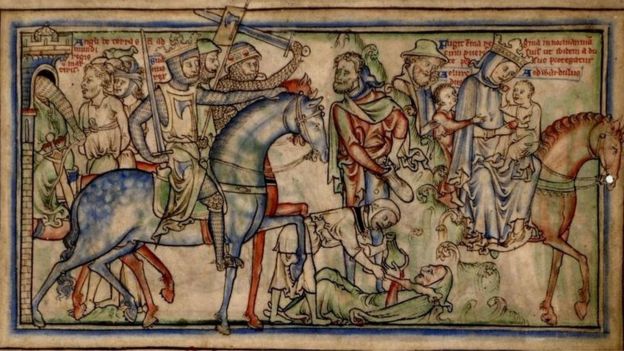 King Eadred of Wessex - King of the English and a grandson of King Alfred the Great. Died in 955.

King Æthelwulf - the father of King Alfred and the conqueror of Viking Northumbria. Died in 858.

King Egbert of Wessex - and overlord of most of England who died in 839.

King Cynewulf of Wessex - murdered by a rival at his mistress's house in Merton in 786. 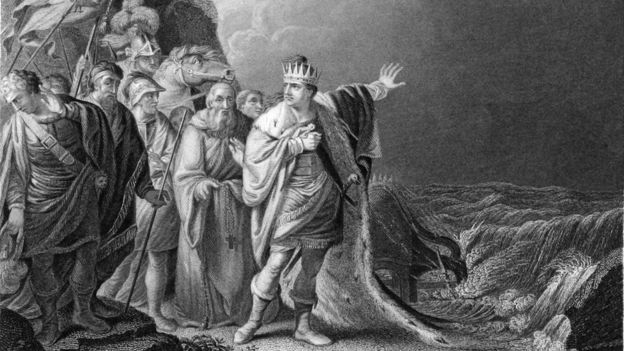 King Cnut's bones are said to be among those in the mortuary chests in Winchester Cathedral, alongside those of his wife Queen Emma

King Cynegils of Wessex - the first Christian king of Wessex who reigned from 611 to his death in 642.

Bishop Wini - the first Bishop of Winchester who died around 670.

Who else has been buried at Winchester Catherdral?

St Swithun - the bishop of Winchester who died in 863 and became the cathedral's patron saint a century after his death.

His bones were housed in a shrine and became famed for their healing powers. His cult lasted until the Reformation, when the king's commissioners smashed it apart. 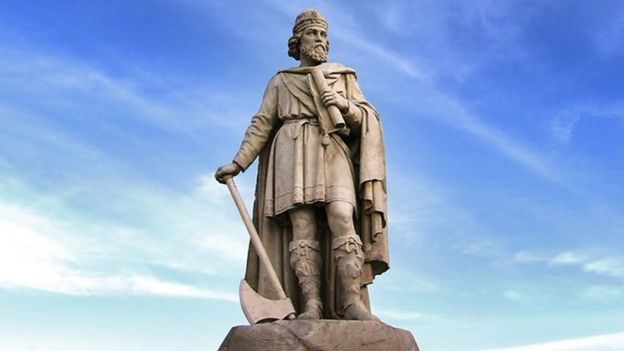 King Alfred the Great - originally buried in the Old' Minster, his remains and those of his wife and children were later moved to Hyde Abbey.

However the bones may have been lost when a prison was constructed on the site in 1788.

In 2014 a fragment of pelvis bone unearthed Hyde Abbey was dated to 895-1017 - the era the king died - and experts said it could be from either Alfred or his son Edward .

King Harthacnut - the son of King Cnut the Great and Emma of Normandy who died suddenly in 1042. He was the last Scandinavian to rule England.

Richard of Normandy - the second son of William the Conqueror and Matilda of Flanders.

He died sometime between 1069 and 1075 in a hunting accident in the New Forest.