Things will probably have to go nuclear. The Democrats were warned not to use that option but they did anyways.

The Dems would be wise to keep their powder dry, allow a vote, and save their ammo for a real wackaloon in the future.

A solid speech by Judge Gorsuch. Balanced and short.

Solid. Serious scholar, excellent writer. He's been wrong occasionally (i.e., disagreed with me), but usually logics his way from sound principles to a correct conclusion.

The Dems would be wise to keep their powder dry, allow a vote, and save their ammo for a real wackaloon in the future.

You shouldn't confuse them with idiot Republicans. 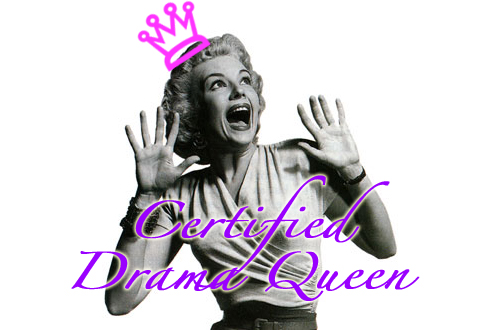 You shouldn't confuse them with idiot Republicans.

Jan 31st, 2017
I believe that they only release certain information to the media WRT committee votes - apart from the yea or nay. Mind you, for his appointment, they are going to need at least one Democrat to show.

Jan 31st, 2017
The Democ-rats are holding up the vote for Sessions just because they can. What's the sense in that? Chances are they'll do the same with Gorsuch. Just because they can.
Somebody should remind them that 'revenge is a dish better served cold'.


Maybe you should email the GOP with that advice.

He looks like a guy who will help all Americans pay for Trump's wall.

He looks like a guy who will help all Americans pay for Trump's wall.

I just don't see that in him.

Maybe you should email the GOP with that advice.

My posts are just my opinions. I'm not about to offer advice to the more savvy in politics. I just wish other 'laypeople' would do the same.


It seems out of place to me that Senators and Congressmen will question the nominee and judge his worthiness when he likely has more experience and knowledge of the law than they do. And Intelligence too.

Feb 1st, 2017
If Trump's idiot supporters had any sense, they'd be disappointed by this nomination.

Feb 1st, 2017
He seems like a conservative intellectual, very erudite, and an 'originalist' who views the Court as a judicial (interpretive) body rather than a legislative (law making) one. All to the good, and in the image of Anton Scalia

He wrote a book , The Future of Assisted Suicide and Euthenasia, in which he objected to the idea that the State should be required to kill someone on their request as fundamentally in contradiction of the U.S. Constitution's guarantees of Life and Liberty, and a danger to the integrity and well being of a live affirming nation.

So much different than the pathetic flunkies and political hacks on the SCOC, especially that intellectual and moral mediocrity of a Chief Justice, Bev MacLaughlin.. which voted 9 to 0 to impose Euthenasia on Canada.

But they wouldn't be able to get anywhere if we didn't have such a gutless Parliament (and moron PM) who have bequeathed the Court dictatorial status.. and put us under a judicial tyranny. A Charter of Rights arbitered by a judiciary is an anathema to a Parliamentary System which does not have the checks and balances to control it.. hence absolute power CORRUPTS, absolutely.

I expect Gorsuch would vote against reaffirming Roe v Wade, which would essentially remove abortion as Constitutionally protected right.. and place it back with the legislative branch.. and remove that legitimacy which has caused deaths of almost 60 million infants in America since 1973.
Last edited by coldstream; Feb 1st, 2017 at 02:16 PM..

Feb 1st, 2017
When I think that liberals in here have posted all the idiotic things that can ever be posted... they surprise me.

apparently young andy is some sort of a 'D' celebritard.

If Trump's idiot supporters had any sense, they'd be disappointed by this nomination.

They'd be the most disappointed.

The statement that Cord made was idiotic in and of itself.

At any rate, I am glad that the GOP followed Democrat VP Joe Biden's advice and acted appropriately.

"It is my view that if a Supreme Court justice resigns tomorrow or within the next several weeks, or resigns at the end of the summer, President Bush should consider following the practice of a majority of his predecessors and not, and not name a nominee until after the November election is completed,"

In fact, he said that if President Bush put forward a nominee, the Judiciary Committee - his committee - should "seriously consider not scheduling confirmation hearings on the nomination until after the political campaign season is over. ~ Biden


And can you imagine if Hillary got to pick a nominee... PHEW!

Feb 1st, 2017
EagleSmack is confused. He doesn't understand why I said idiots like him will be disappointed in Gorsuch. In his confusion he lashes out.

You did however answer the bell with liberals posting idiotic things.

After he's nominated are you going to go and hide for another 2 months?

You're so confused, aren't you? It's hard when you have to think, isn't it? Post a meme that says "triggered" and you can pretend you aren't a loser a while longer.