How busy badgers are undermining care of ancient heritage sites

How busy badgers are undermining care of ancient heritage sites

The Protection of Badgers Act 1992 has led to such a big increase in the badger population that their incessant burrowing is damaging archaeological sites across the country.

Badgers are particularly drawn to Neolithic mounds, Iron Age settlements and Anglo-Saxon burial sites because the earthworks are much softer on the claws than is hard bedrock. They provide the perfect conditions for the building of the animals’ setts.

But, to the dismay of archaeologists, the badgers are burrowing through ancient sites and churning up the remains. Vital evidence is being lost in the destruction and displacement of archaelogical layers and artefacts, from fragile pottery to human bones found in prehistoric and Anglo-Saxon graves.

The Protection of Badgers Act made it an offence to kill, injure, capture or mistreat the animals, which were once hunted for food and bristles for shaving brushes. The protection has led to an increase in their numbers from about 175,000 to more than 275,000. In the 1970s, there were only 50,000.

This Anglo-Saxon burial mound in Sutton Hoo, Suffolk - which was robbed in antiquity - may have held the remains of Raedwald's son in a burial ship. Raedwald was the king (Bretwalda) of East Anglia from 600 to 624

The warmer winters have also had an effect, enabling more cubs to survive and the badgers to be more active. Their burrowing, along with that of rabbits and moles, has particularly affected Salisbury Plain, which has about 2,500 sites, including Bronze Age barrows and Iron Age enclosures. Badger and rabbit burrows are now running through layers beneath a Bronze Age round barrow that was re-used for burials in the Anglo-Saxon period.

Archaeologists at the National Trust and English Heritage are trying to assess the scale of the problem. Jonathan Last, head of research policy for prehistory at English Heritage, spoke of finding a balance between protecting wildlife and conserving ancient monuments. “It’s a real problem,” he said. “The damage can be very serious.” 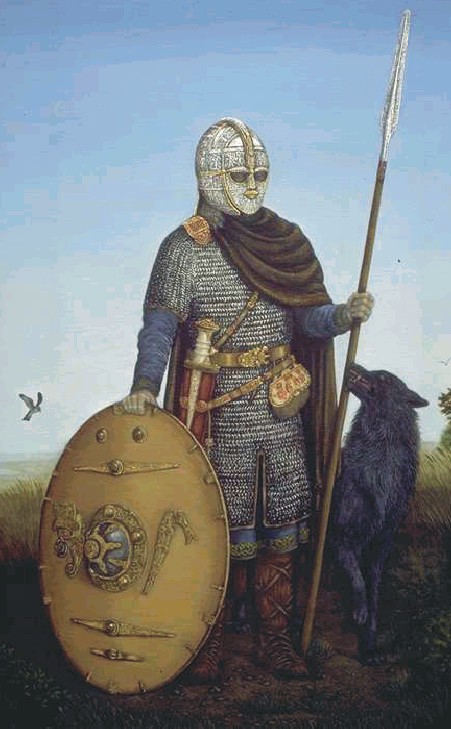 
Preventing badger damage can be very expensive. Fences are one option, but they have to be robust, as badgers are strong. At Avebury in Wiltshire, archaeologists lured away some of the badgers with trails of honey-coated peanuts, and at a nearby Neolithic site, West Kennet long barrow, they installed a barrier with one-way badger gates.

The National Trust said that archaeologists were finding that the animals could help as well as impede their work. At one of the trust’s properties, the caves around Dovedale, South Peak, in Derbyshire, human bones from a 3,000-year-old skeleton were tossed out of the caves by burrowing badgers. The bones were an important find. Dr Last said: “There’s an element of the badgers being helpful in unearthing artefacts. Unfortunately, we can’t send a badger in with a trowel and shovel to do it properly.”

Earliest badger fossil remains date back 250,000 years and one sett is recorded in the Domesday Book

The name badger is believed to come from the French word becheur, meaning digger

Contrary to popular belief, badgers do not hibernate, although they have developed strategies for conserving their energy and body weight during the winter months, when their normal diet of earthworms and grubs is not available

Badgers’ setts are networks of underground tunnels that they dig using their strong claws. Each social group numbers up to about 15 badgers

Apart from their main sett, most groups also have one or more additional setts within their territories

Re: How busy badgers are undermining care of ancient heritage sites

Feb 3rd, 2007
This should explain everything Blackleaf.