Blackleaf
#1 Oct 6th, 2019
OH, what a blast of fresh air to have this mood-enhancing Prime Minister at the helm of our nation.

But nobody can say that Boris hasnt tried to get a deal....

OH, what a blast of fresh air to have this mood-enhancing Prime Minister at the helm of our nation. 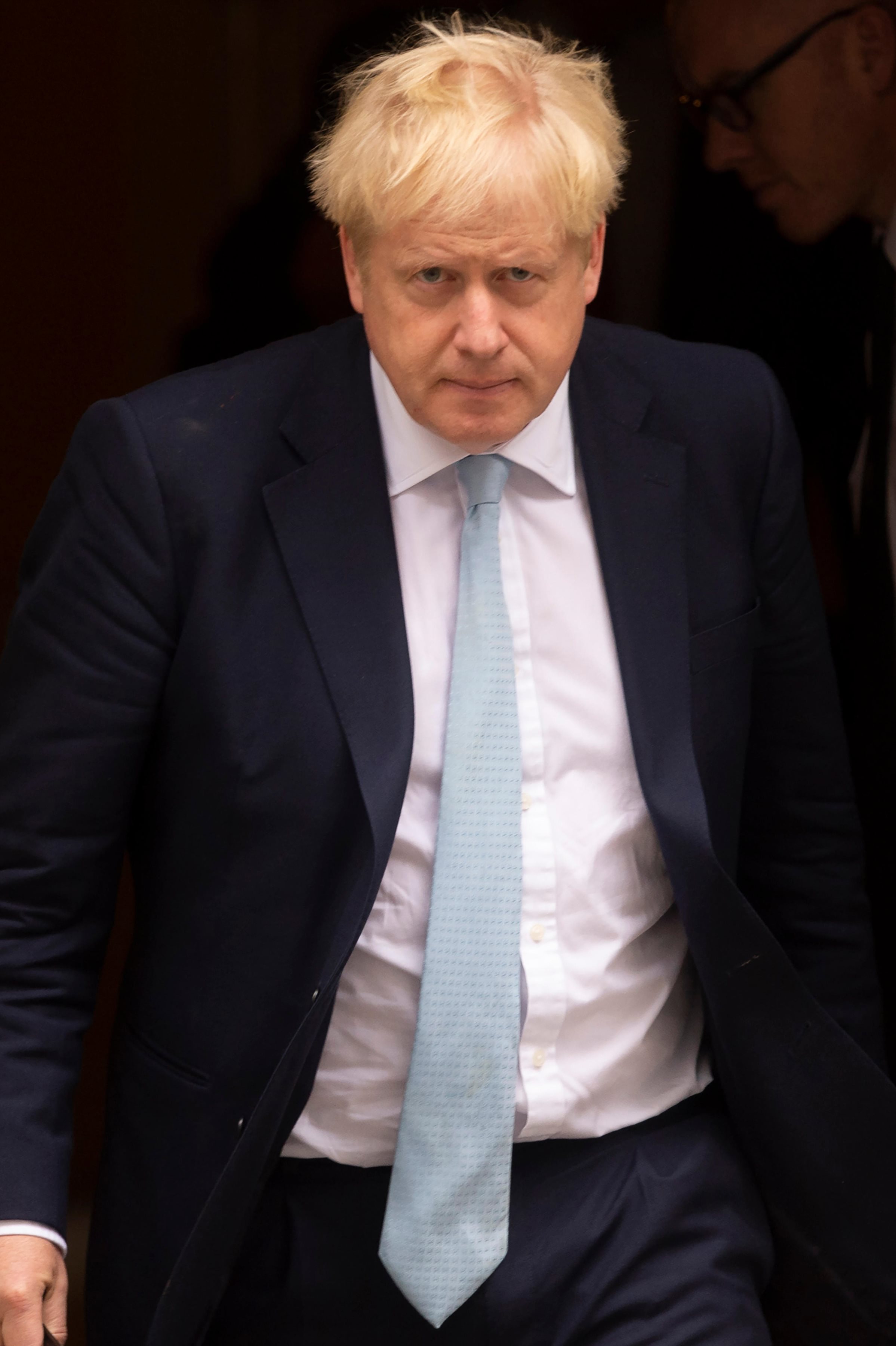 Thanks to his determination to try and get a deal and his refusal to be apologetic about leaving the EU, Boris Johnson is a welcome blast of fresh air Credit: Alamy Live News

But nobody can say that Boris hasnt tried to get a deal.

Nobody  not even the increasingly hysterical Jeremy Corbyn  can seriously suggest Boris has not done everything in his power to conclude these negotiations.

But the suspicion lingers that Brussels does not want  and has never really wanted  a deal with the bolshy British.

Encouraged by people who should have known better  ex-PMs, lords of the land, democracy-denying MPs, big business, the whole rotten edifice of the British establishment  Brussels has only ever wanted to abort Brexit.

Ill have done my job, Michel Barnier, chief EU negotiator, said three years ago, if by the end, the terms are so hard that the Brits would prefer to stay.

Thats not a negotiation. Its a punishment beating.

And if it proved ultimately impossible to overturn the biggest vote for anything in the oldest democracy in the world, then Brussels wanted this country on its knees.

A BBC documentary filmed the staff of Guy Verhofstadt  the European Parliaments Brexit negotiator (the old goat with dyed blond hair who posed with a Bollocks to Brexit sign at the Lib Dem conference)  gloating about Theresa May accepting the need for an Irish backstop, effectively trapping us inside the EU while removing our voice and vote.

We finally turned them into a colony, sneered one of Verhofstadts stooges.

Not so fast, monsieur! 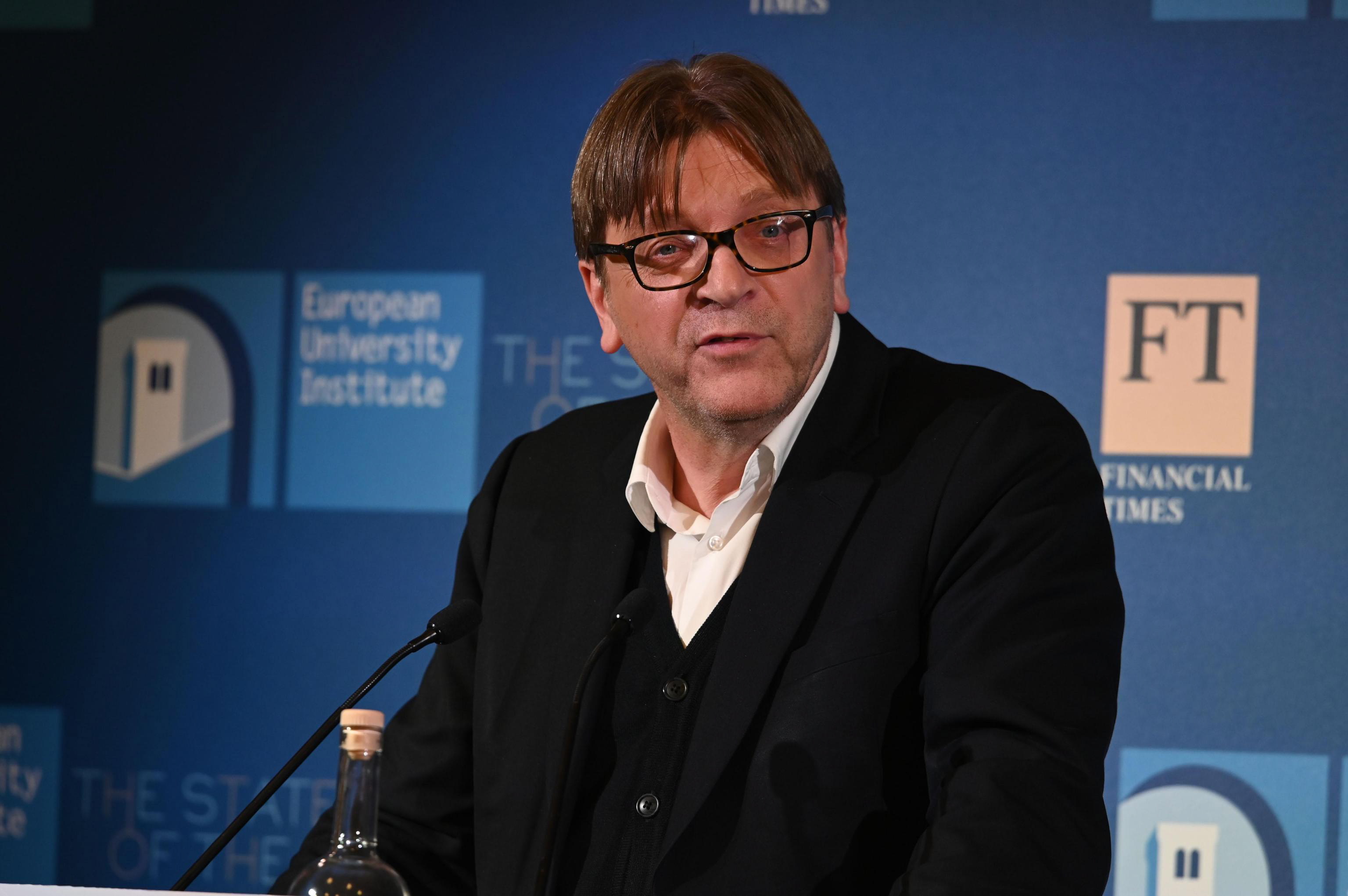 European Parliaments Brexit negotiator Guy Verhofstadt was caught gloating about Theresa May accepting the need for an Irish backstop - effectively trapping us inside the EU Credit: EPA

Did our dear old continental cousins in Brussels truly believe a nation that has not been invaded for 1,000 years would so meekly give up its freedoms?

Did they believe the country that twice in the last century bought their freedom with our blood and sacrifice would willingly submit like a nation that had just lost a war?

If it wasnt for the Brits, the old men in Brussels would have grown up wearing lederhosen. A little more respect would always have been in order.

But finally we have a Prime Minister who is not apologetic about our country leaving the EU.

Finally we have someone in 10 Downing Street who truly sees what the 17.4million of us saw  that there is a future for our country as an open, free-trading, global nation, setting our own laws and kicking out our leaders when they displease us.

Boris has done everything he can to get a deal with Brussels.

If our friends do not reciprocate with some goodwill of their own, then leaving with No Deal  and a General Election  cannot come fast enough.

He is, as he claims, truly pro-European.

But you can love Europe without loving the crumbling EU empire.

And if Brussels refuses the hand of friendship and co-operation now, No Deal will hurt them far more than it hurts us.

I wonder what he believes in, a Boris-sceptic said to me recently.

Thats easy. This Prime Minister believes in our country.

Re: At last we have a Prime Minister who actually believes in Great Britain