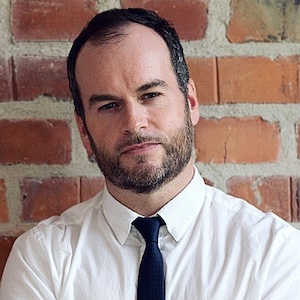 Yesterday, Brendan ONeill spoke at a pro-Brexit rally organised by Leavers of Manchester close to the spot of the Peterloo Massacre of 1819. His speech is published below.

All my life, Ive been labouring under an illusion: I believed I lived in a democratic country.

I believed that as a result of the sacrifices made by the people who marched here 200 years ago, Britain was now a democratic nation.

I believed that thanks to the tireless campaigning of the Chartists in the 1840s, British people had the right to vote.

I believed that thanks to the Suffragettes, every adult in this country, regardless of their sex or their station in life, had an equal say in how the country should be governed.

Because now I am told that the vote I cast in 2016  the most important vote I have ever cast  can be overturned.

I am told that the votes of my friends and family can be overturned.

I am told that the votes of millions of my fellow citizens can be declared null and void. They can be destroyed; erased from history.

And if that can happen, if that does happen, then this is not a democratic country. And the suffering of the people who rallied in St Peters Field, on this spot, 200 years ago will have been in vain.

We cannot let that happen under any circumstances.

This is a fight to ensure that ordinary people have as much say in the governance of this country as rich people, posh people, and those bloody people marching in London today to overturn the result of the 2016 referendum.

This is a fight to say that the people who marched here 200 years ago were right. They were right that even people who live in the most difficult of circumstances deserve equal democratic rights.

Thats why we are here today  to make sure the democratic progress those brave marchers fought for is not snuffed out by the new elites; by our political class and the Peoples Vote mob who trust the snobs and technocrats of Brussels more than they trust us, the British people.

If our votes from 2016 can be trashed, then the right to vote itself becomes meaningless. If the largest democratic vote in the history of this nation is blocked or thwarted or diluted beyond recognition, then voting itself will be emptied of meaning.

The vote will become a hollow thing. It will be robbed of its power. If our votes are enacted only if the political class and chattering classes agree with what we say, that isnt the right to vote at all. That is the right to vote so long as the establishment thinks you made the right decision.

That would kill the right to vote stone cold dead. It would disenfranchise us. These are the stakes.

The political and media elites who are lined up against Brexit and against us  what they really fear and loathe is democracy itself. It isnt really the wisdom of leaving the EU that they are calling into question  it is the wisdom of the people.

What Gina Miller really detests is the idea that her cleaner should have the same political power as she does.

What those Remain snobs at the Guardian really hate is the idea that people who read the Sun should have the same voting power as they do. 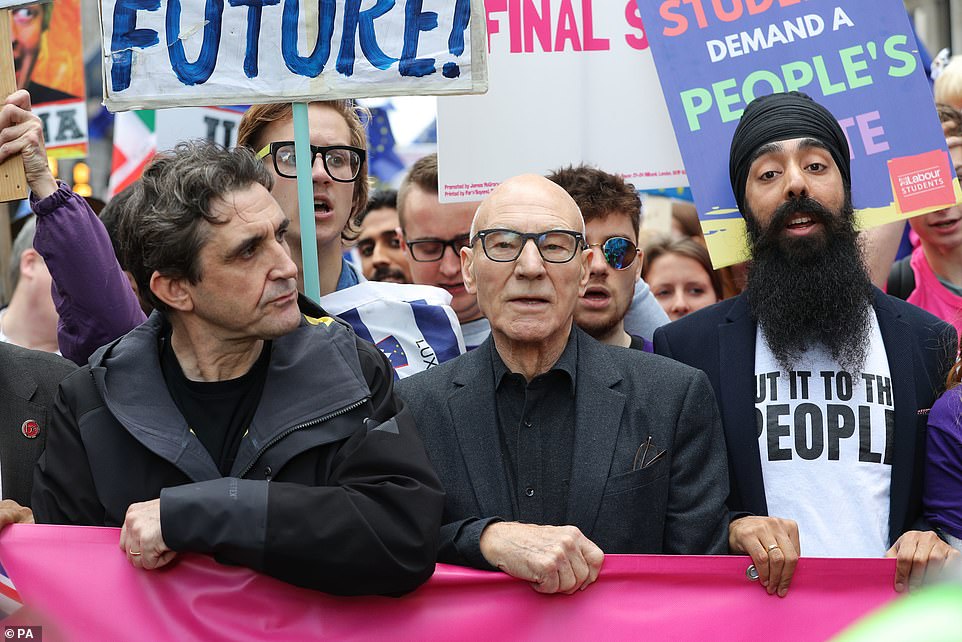 What the leaders of the Peoples Vote movement really cannot stand is the idea that the people who live on the council estate at the end of their street should have the same say as them as to whether Britain stays in the EU.

Those people, with their St Georges flags hanging off their balconies, and their tabloid newspapers under their arms, and their white vans in their driveways  how is it possible that those people had the same right as nice middle-class people who went to Oxford to decide whether Britain should stay in the EU?

That is the question that keeps these people awake at night. Let us never underestimate the role that class hatred plays in the ultra-Remainer camp and in the broader war on Brexit. Make no mistake  these people would have been with the magistrates who sent out the yeomanry to cut down democratic protesters on this spot 200 years ago.

Democracy was a searingly radical idea 200 years ago when the good people of Manchester gathered here to demand their democratic rights. And it remains a searingly radical idea today. That is why this idea is causing the elites to go into such meltdown right now. They cant believe people actually took this idea seriously; they cant believe we really thought that working people should have the same voting power as wealthy people.

Well, we do! We take this idea very seriously indeed. Some of us think it is the most important idea in the entire history of politics. And thats why we are here today to defend it.

Their bravery ignited the spirit of democracy; it gave rise to movements which won us the rights and comforts we enjoy today.

No more. Brexit is the peoples cry for greater democratic power. If democracy in this country is to survive, then Brexit must happen. And mark our words  it will.

Manchester Leavers marched on Saturday to commemorate Peterloo and stand up for Brexit.

As the Peoples Vote march went through London on Saturday, and MPs voted again to delay the Brexit process, a group of Leavers gathered in Manchester to stand up for Brexit and the radical history of the city.

The march was organised by Leavers of Manchester. It was held in part to honour the 200th anniversary of Peterloo, when cavalry charged into a crowd of demonstrators who had gathered in St Peters Field to demand representation.

Saturdays march began at Manchester Cathedral, where around 250 attendees  from across the north, old and young  gathered.

The reason we are here today is because after three-and-a-half years it is clear we have got a Remain establishment, said Shanjan Usman, 27, from Bradford. It feels like every day we are not living in a democracy, but more like we are living in an oligarchy.

Steven, 35, a history lecturer based in Leeds, told me he actually voted Remain in 2016: I thought that was the right choice. But some of the Remain activism I have seen online since the vote has really turned me off. So, I decided to come down and march.

We headed down Deansgate and then on to Windmill Street, where there is a plaque commemorating Peterloo. There was a minutes silence for those slain. One of the stewards, Mark, told me he is a descendant of John Lees, one of those killed in the massacre.

Beth, another marcher, was dressed as a Suffragette. She told me she finds female MPs who are blocking the votes of millions of pro-Leave women particularly disgraceful. I find it so disgusting that the women in parliament pretend to stand up for the Suffragette movement, she said.

On Saturday MPs were supposed to vote on PM Boris Johnsons Brexit deal. The deal got a mixed reception from those marching in Manchester. Jeffery Burge, 64, said he will settle for Boriss deal. Its not ideal, but it could well be the best we can get.

But others begged to differ. Inaya Folarin Iman, prospective parliamentary candidate for the Brexit Party in Leeds North East, said it is not Brexit. Once we have a clean break, we are in a better position to be able to negotiate. There are so many problems with this deal  it doesn't deliver Brexit.

The march concluded at St Peters Square  close by what was St Peters Field  with a series of guest speakers. spikeds editor, Brendan ONeill, spoke powerfully of those who gave their lives for democracy, and why we cannot let their sacrifices be in vain. The attempts to thwart Brexit, he added, showed that the establishment still feared the radical idea of democracy.

Henrik Overgaard-Nielsen, Brexit Party MEP for the North West, was also among the speakers. He is also a critic of Johnsons deal, and worries Leavers are repeating the same mistakes: It is very important to not do what we did after the result in 2016 and think job well done, lets all go home. That cannot happen again. We really need to mobilise. We really need to fight. This will not be the end  this is only the beginning.

Trade unionist Paul Embery paid tribute in his speech to those who voted Leave in the face of all the threats and insults thrown at them during the referendum campaign. They have been attacked by the establishment, attacked by politicians and by certain liberal newspapers and commentators, he told me after the march. But they are standing firm and saying my voice is important and you better start listening, and until you do we are not going away.

The marchers in Manchester, and the millions more like them across the country, clearly arent going anywhere.

"Peterloo?" Is that your charming Briddish term for a urinal?

No. It's in reference to Waterloo.

No. It's in reference to Waterloo.

Say something charming and Briddish.