Blackleaf
#1 Oct 20th, 2019
The more that Remain MPs try to obstruct Brexit, the stronger Boris Johnson will become  and the more likely it is that he will command a big Conservative majority at the next General Election.

For the British people have responded far more positively to the Johnson premiership than many commentators and others in Westminster would have you think...

MATTHEW GOODWIN: Boris Johnson is heading for election victory thanks to his support from the REAL Britain (despite people hating him on Twitter)

By Matthew Goodwin For The Mail On Sunday
20 October 2019

The more that Remain MPs try to obstruct Brexit, the stronger Boris Johnson will become  and the more likely it is that he will command a big Conservative majority at the next General Election.

For, believe me, the British people have responded far more positively to the Johnson premiership than many commentators and others in Westminster would have you think.

To grasp how much has changed, we need to briefly revisit the dark, final days of Theresa Mays disastrous premiership. 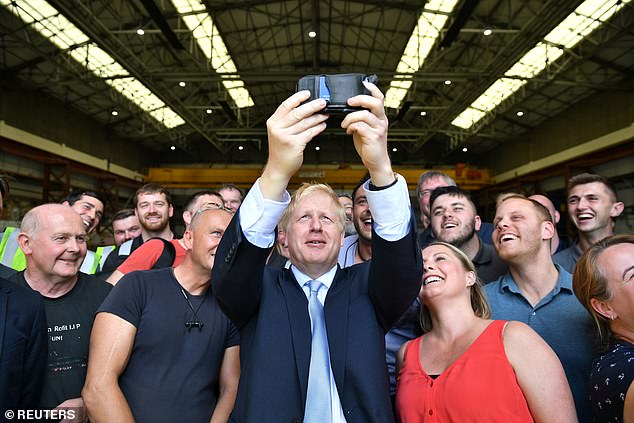 Three months ago, as the Maybot prepared to depart Downing Street, her legacy was visible to all. Brexit was nowhere to be seen. The Conservative Party had been hollowed out. MPs were at war. Donors were furious. Nearly half of all people who had voted Conservative in 2017 had jumped ship to Nigel Farage and the Brexit Party.

The Conservative Party was like a skydiver who had jumped out of a plane with no parachute.

It was plummeting in the polls and had fallen to a derisory 24 per cent.

May had put one of the worlds oldest and most successful political parties on course for the worst vote in its entire electoral history.

And all of this had opened the door to Jeremy Corbyns Labour Party, which during Mays premiership had enjoyed regular leads in the polls, introducing the very real possibility of the most radical Left-wing government in Britains history.

But now fast forward to where we are today.

Boris Johnson has been Prime Minister for less than 90 days but, forgetting the drama of yesterday, look at how different things are. The Conservative Party is coming off life support and is now heading towards a full recovery.

Few of his critics have bothered to notice, but the partys position has radically improved. 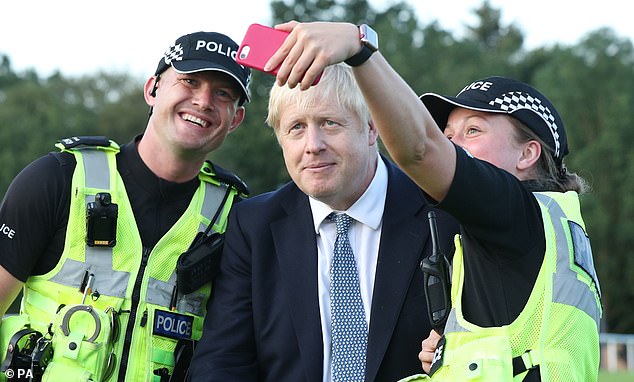 With Labour falling back, as Remainers jump ship to the anti-Brexit Liberal Democrats, Johnson has put his party on a secure course toward a majority.

In fact, in one poll this week, the Conservatives are up again to 37 per cent, leaving them 15 points clear of Labour. Corbyn is now nowhere to be seen. Of the 54 polls that we have had since Johnson took power, Labour has led in just one. While the twittering classes continue to criticise the Prime Minister, the British people have been quietly sharing their views about who they would most like to lead Britain.

The results are striking.

Each week or so, voters are asked: Who would make the best Prime Minister? When May was in power, the people had completely tuned out. The most popular answer was not sure. Today, the public give Johnson a clear and commanding lead; 43 per cent say Johnson, while only 21 per cent say Corbyn.

But now look closer. The overwhelming majority of Leave supporters prefer Johnson and so too, crucially, do Brexit Party voters.

Seventy three per cent of Leavers and 84 per cent of Brexit Party voters say that Johnson would make the best prime minister.

This shows how, unlike May, Johnson is actually managing to unify the Leave vote, which used to be divided between the Conservatives and the Brexit Party. 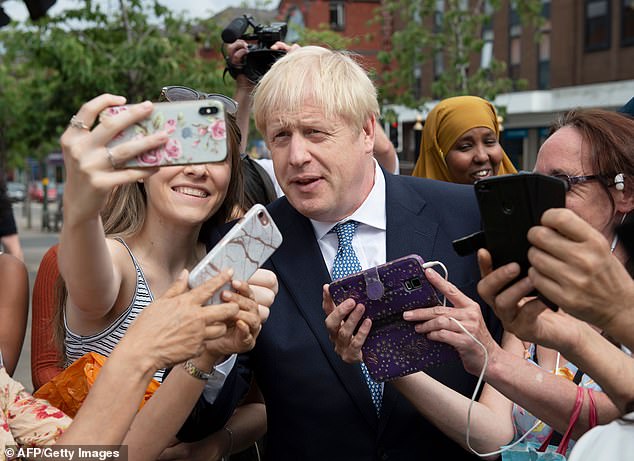 Back at the European elections in the spring, nearly 40 per cent of people who had voted Conservative in 2017 had become so fed up with the failure to deliver Brexit that they had defected over to Farages party. But, today, Johnson and his team have squeezed that figure down to just 11 per cent. This could make all the difference at the next General Election, given that the Remainers are currently fairly evenly divided between Labour and the Liberal Democrats.

Why are these voters flocking to Johnson? His determination to deliver Brexit is one piece of the puzzle, but it is not the only piece.

While May never really knew what she believed, in just three months Johnson has laid out an ambitious new agenda that is appealing to voters who back Brexit. These are people who play by the rules, yet feel that life in Britain is rigged against them. Johnson has promised not just to Get Brexit Done but to help our creaking NHS, schools, police and, most important of all, the regions outside of London that have for too long been left behind.

Blue-collar Britain is tuning in and likes what it hears.

In the polls, the working classes now show stronger support for Johnson than Corbyn, a shift that will be crucial in Labour Leave seats in northern England, the Midlands and Wales.

You have to wonder about the health of the Labour Party when the very voters that it was set up to represent prefer the Conservative Party leader to Corbyn by a margin of 44 per cent to 17 per cent. Johnson is even ahead of Corbyn among the very groups that we are routinely told are fanatical Corbynistas and Johnson-haters. In the latest YouGov poll, women, 18 to 24-year-olds and Londoners all strongly prefer Johnson over Corbyn.

All of this points to the massive disconnect between the insular world of Twitter and much of the commentariat, and the world that is inhabited by ordinary voters.

And many said that he would never be able to rally his own party around a revised deal. But he has done exactly that. If Johnson continues to enjoy these kinds of numbers in the polls, then his premiership will be transformed.

Remainers who yesterday cheered the passing of the Letwin Amendment, which requires yet another delay to Brexit, should look at the bigger picture.

The more they obstruct Johnson, the more likely it us that his premiership will be transformed from a brief footnote into a major chapter in Britains post-War political history.

0
Britain will break free of its 'manacles' from the EU like the Hulk, Boris tells EU
by Blackleaf | Sep 15th, 2019
16
Liberals score upset victory over Conservatives in by-election
by mentalfloss | Oct 24th, 2017
2
Boris Johnson: Brexit frees us to build a truly global Britain
by Blackleaf | Feb 4th, 2017
3
A majority of voters believe Britain is heading in the right direction after Brexit
by Blackleaf | Sep 6th, 2016
5
Britain heading for Brexit in new polls, but will Scotland follow?
by B00Mer | Jun 15th, 2016
CCIM © . All rights reserved.
About CC | Contact Us | Terms of Service | Archive | Free Software Downloads
Powered by vBulletin® Version 3.8.11
Copyright ©2000 - 2020, Jelsoft Enterprises Ltd.