Evidence of rabbits in UK in Roman times, say academics

Blackleaf
#1 Apr 20th, 2019
Rabbits have been hopping around the UK since Roman times, experts have been able to prove for the first time.

Scientific tests on a rabbit bone, found at Fishbourne Roman Palace in West Sussex, have shown the animal was alive in the first century AD.

Evidence of rabbits in UK in Roman times, say academics 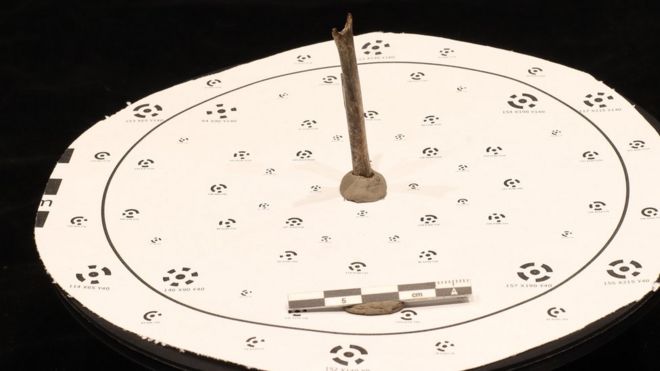 A bone from a rabbit found at Fishbourne Roman Palace

Rabbits have been hopping around the UK since Roman times, experts have been able to prove for the first time.

Scientific tests on a rabbit bone, found at Fishbourne Roman Palace in West Sussex, have shown the animal was alive in the first century AD.

The 1.6in (4cm) piece of a tibia bone was found in 1964 but it remained in a box until 2017, when a zooarchaeologist realised that it came from a rabbit.

Academics believe the animal could have been kept as an exotic pet.

Analysis, including radiocarbon dating, was carried out by researchers at the universities of Exeter, Oxford and Leicester.

Rabbits are native to Spain and France and it had been thought they were introduced to Britain during the medieval period.

Prof Naomi Sykes, from the University of Exeter, said there have been many previous claims of discoveries of Roman rabbits, and even some from the Bronze Age, but they had not been backed up by evidence.

"The bone fragment was very small, meaning it was overlooked for decades, and modern research techniques mean we can learn about its date and genetic background as well," she said.

Researchers say they believe the rabbit was kept as a pet, as the signature in its bones suggests it ate its own faecal pellets.

Fishbourne Roman Palace is the largest residential Roman building discovered in Britain and dates back to 75AD, just 30 years after the Roman conquest of Britain

"When they are in a hutch they tend to eat their own poo, and that gives them a really interesting signature in their bones, wild rabbits don't do that to the same extent," said Prof Sykes.

She added: "This is a tremendously exciting discovery and this very early rabbit is already revealing new insights into the history of the Easter traditions."

Why do we associate bunnies with Easter? 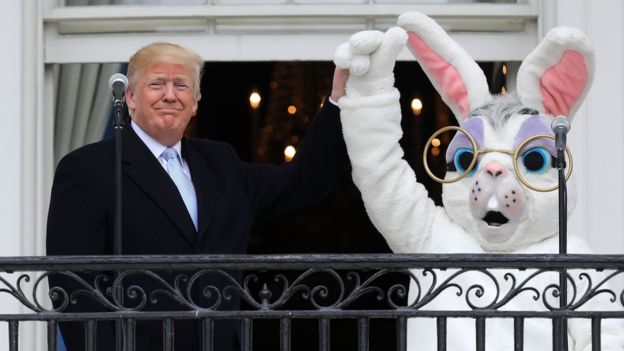 It is not clear when, why or how the rabbit became linked to Easter.

Rabbits usually give birth to a big litter of babies (called kittens), and so they became a symbol of new life.

The first historical mention of an "Easter Bunny" is actually an Easter hare, and was found in a German text from 1682.

Some believe the association is due to the spread of Christian religious beliefs and Paganism, when Emperor Constantine merged Pagan rituals with Christian festivals.

The story of the Easter Bunny is thought to have become common in the 19th Century.

Prof Sykes says that during the Victorian period hare proportions were really low, whereas the rabbit proportions were "really really high", which could explain how the hare was ditched for rabbits.

Apr 20th, 2019
So, They're an introduced species? I didn't know that. I'll bet that they are an out-of-control pest, though.

So, They're an introduced species? I didn't know that. I'll bet that they are an out-of-control pest, though.

I don't think they're pests. In Australia, where they were introduced by the British, they are a huge pest

Apr 21st, 2019
Our native hares are pretty solitary and they nest above ground. The critter here that fills the same niche as your European bunnies is the Ground Hog, a.k.a. Woodchuck (East of the Prairies in N.A., anyway)

They tunnel all over and they are a major and destructive pest for farmers.

In fact, they are something of a pest:

Rabbits are considered a pest because they eat root and arable crops and damage grassland used to feed cattle and sheep. Recent figures are based on surveys by officials, farmers and hunters, but the UK population was once much easier to calculate. The animals were introduced in the 12th Century and were initially kept in warrens by the aristocracy, who bred them for meat and fur.

They soon gained a reputation for prodigious procreation. "The records of Henry III show he had 10 one year, 30 to 40 the next and 450 or so a year after that," says Hannah Velten, author of Beastly London.

Some escaped into the wild, but it was not until the late 19th Century that they were considered numerous enough to be a genuine threat to farmers' livelihoods and included in laws on vermin control.

In Spain, where they are a native species, there is concern that in some areas there are not enough rabbits, as they are among the prey of the critically endangered Iberian lynx. But they are less welcome in other parts, as they are known to damage vineyards.